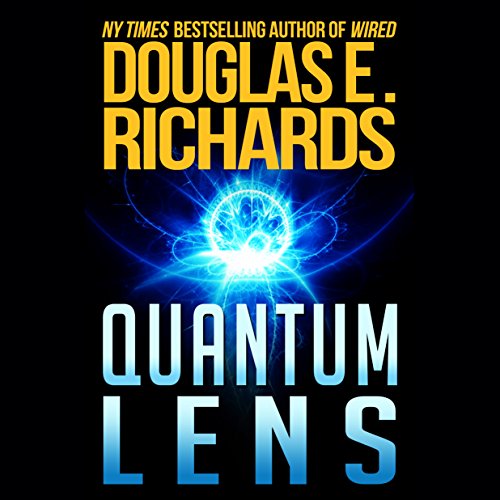 A mind-blowing new thriller from the NY Times best-selling author of Wired.

Omar Haddad is a brutal jihadist in Syria who appears to be invulnerable and capable of supernatural feats. But is Haddad divine, as he claims? Is he a gifted magician? Or is he making use of a stunning scientific breakthrough? And what, exactly, is keeping him from unleashing the global apocalypse he’s so eager to bring about? Brennan Craft, a quirky quantum physics genius, has the answers, and the US military is desperate to capture him. But when Craft risks everything to recruit a Black Ops researcher named Alyssa Aronson, it becomes clear he’s playing a treacherous game of his own.

Hunted by both the military and Haddad, Craft and Alyssa race to find a way to keep the unstoppable jihadist in check. But there may not be any way. And Alyssa soon fears that Craft is becoming an even bigger threat to the world than Omar Haddad… Quantum Lens is a smart, roller-coaster-ride of a thriller, packed with intriguing ideas that listeners will be contemplating long after they’ve heard the last minute.

Remember, you don’t have to spend Audible Member Credits to take advantage of deals like these. Just be sure to choose the “Buy with 1-Click” or “Buy for [dollar amount]” button when purchasing, instead of the “Buy with 1 Audible Credit” button.

Tech Tip of the Week: I Stopped Liking On Facebook: An Update