Avoid Fleas on a Treadmill of Death in 'Mr.NooO!!' from Ponos 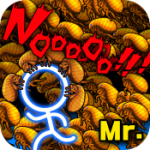 We've been longtime fans of Japanese developer Ponos for their excellent puzzle titles like Puzzle Prism [$2.99] and Puzzle Cosmos [$2.99], but also for their usually absurd "Mr." series of games. Their latest release in the series, Mr.NooO!! [Free], does not disappoint in the absurdity department.

This strange exercise routine is made all the more difficult due to the fact that tons of strange flea-like bugs are constantly bounding in your direction. You'll have to play the back-and-forth on the treadmill game in order to avoid them while also making sure you reach the button enough times to score enough points to be able to move onto the next level. Like I said, it's absurd. 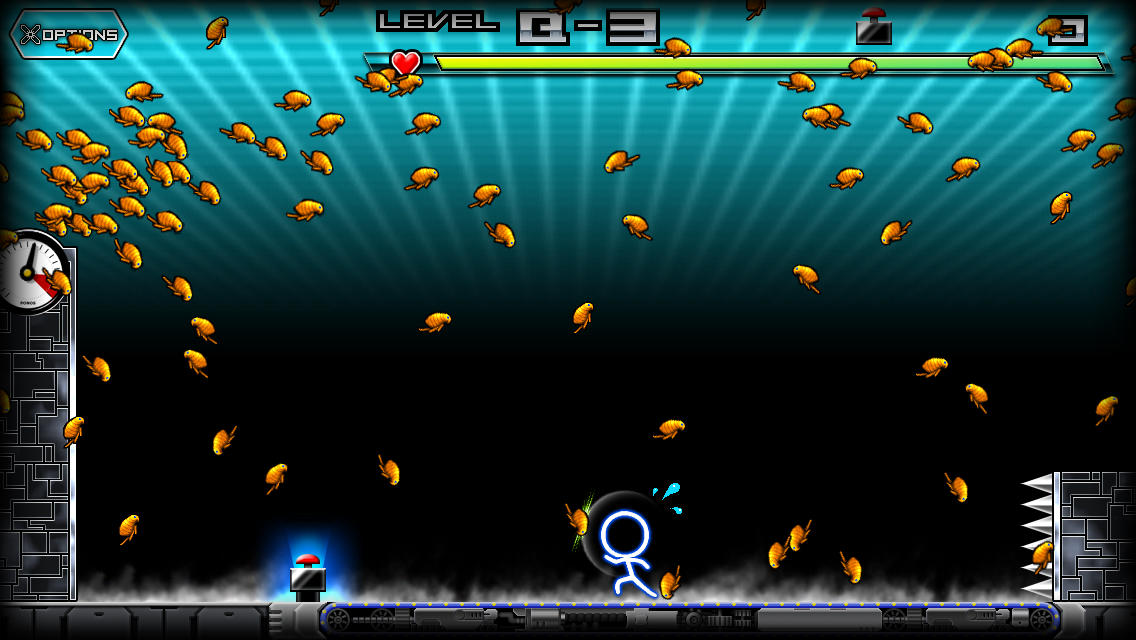 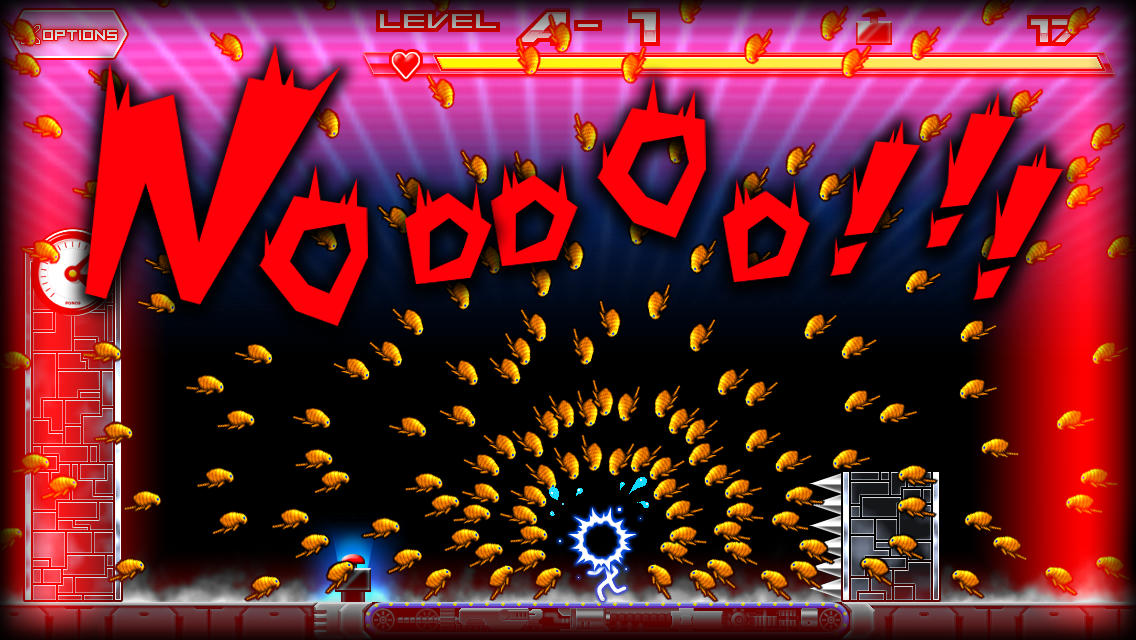 It's also pretty darn fun, though. I feel like Ponos decides on the mechanics for their game early on, in this case object avoidance with the added complexity of a treadmill floor, and then just pulls a bunch of random elements out of a hat to theme those mechanics. Which, somehow, totally works. Or I'm wrong and this whole "flea infestation while running on a treadmill of death" thing is precisely planned. Maybe Ponos has a greater social commentary going on here, about how you have to constantly fight to be successful in life and if you stand still for too long you're plunged into a set of deadly spikes. Also, fleas.

Or maybe not. I have no idea, but if you've enjoyed previous "Mr." games then there's really no reason not to check out Mr.NooO!! as it's totally free to download and ad-supported. Unfortunately, there's no way to disable ads at this time, but there's also no other forms of IAP or any of that business, and the ads are largely unobtrusive. Our forum folks seem to be enjoying it so far as well.