by Anna Durand
Pre-Order Kindle Price: 99 cents
Text-to-Speech and Lending: Enabled
Don’t have a Kindle? Get yours here.
Here’s the set-up:

For five years, Sean Vandenbrook has struggled to recover from the shocking truth about his psychic gifts and his late grandfather, a rogue scientist who tried to rip the powers from Sean’s mind. When a bombing leaves his closest friend in a coma, Sean will do anything to uncover the truth. Desperate for answers, he resorts to the only solution he can think of — he kidnaps the beautiful, telekinetic woman who claims to have unwittingly set off the bomb.

For years, Kira Magnusson has lived in fear of anyone discovering her abilities after her powers drove her parents to abandon her and her ten-year-old brother. Kira’s worst fears come true when a shadowy terrorist organization takes her brother hostage, forcing her to do their bidding or watch her brother die. When a hot and slightly unhinged man abducts her, Kira soon realizes Sean won’t hurt her. He may be the one person on earth who can help her.

As the shocking truth about both their pasts is unearthed, they must overcome their demons to unravel a vast conspiracy — and somehow live to expose it.

Kinetic is the third book in the award-winning Psychic Crossroads series of paranormal romances. Discover the entire series: 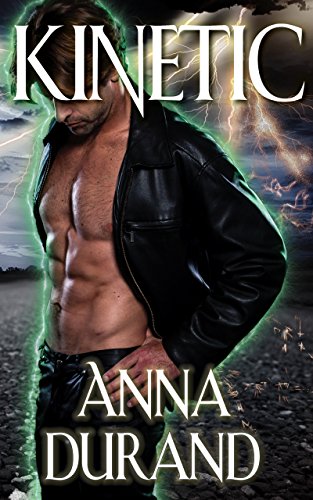