Backgammon is Today’s Free App of the Day 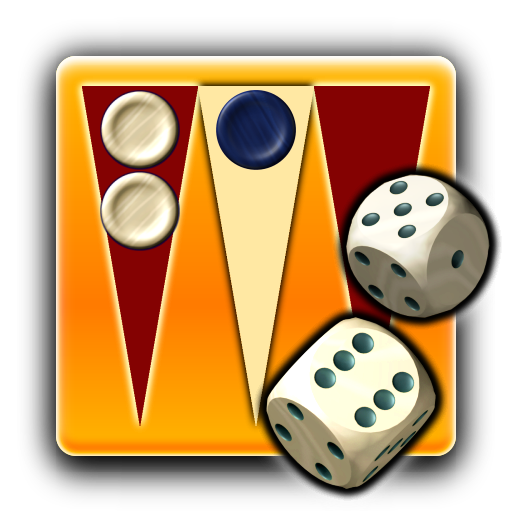 Today’s Amazon Free App of the Day is Backgammon (4/5 stars, all ages, FREE today only). From Amazon:

Play the ancient tables game of skill, strategy, and luck on your phone with Backgammon. This version of the game is full-featured and free of advertisements, with challenging AI, pass-and-play multiplayer, and a host of helpful options.

The uncluttered, attractive interface of Backgammon makes it easy for experienced players to jump right in and new players to learn the ropes. A helpful “How to Play” link on the home page runs you through playing and choosing gameplay settings for Backgammon with your phone’s controls. From there you can read the rules if you are unsure of how the game itself is played.

Let’s Get Started
Once you’re ready to start, you’ll either select a single player game against the challenging AI or two-player pass-and-play multiplayer. You’ll then get to choose the color of your piece (white or black), set the difficulty of the AI from one to five, choose between one and fifteen points to play per match, and set the presence of the doubling cube on or off. Keep it selected to raise the stakes of a round and put pressure on your opponent.

You can also choose to turn off CPU-controlled dice rolls with the “Manual Dice input” feature on the “CPU Strategy” page. With this option selected, you provide the entries based on dice rolls from an outside source, like real dice or a dice app. 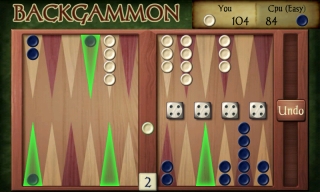 A Helping Hand
Backgammon provides an “Undo” button during gameplay if you decide to change the previous move and a “Hint” feature in the menu to suggest what the best possible move would be for a player to choose next. It also can optionally highlight all legal moves on the board to assist players with seeing their options and speeding up the gameplay.

This app is all about convenience for its mobile audience, catering to it with speedy play options like the ability to speed up turn movement animations. If you’re playing on the go or need to exit quickly, the game also has a “Save and Quit” option to keep your game progress.

Keeping Track
Backgammon tracks the current match statistics–including the score, dice total used per player, and doubles used–which you can view with a simple menu option. The app also provides historical gameplay statistics, including total points scored, opponents’ pieces hit, doubles rolled, and amount of matches and rounds won by the player or the CPU on each difficulty. 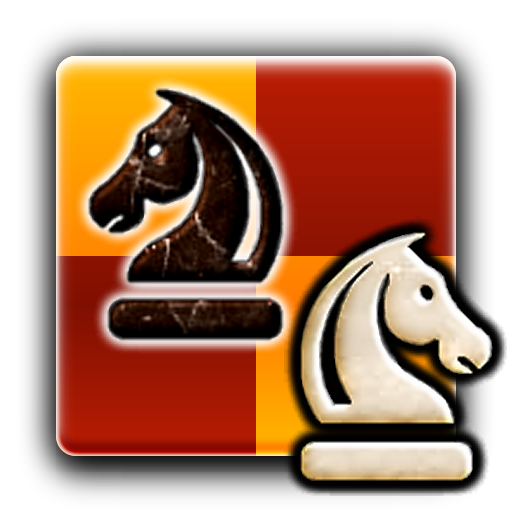 Additional classic game titles from this same developer, all rated 4/5 stars or better and all priced at 99 cents each, include: