by David Richards and Leonard Foglia 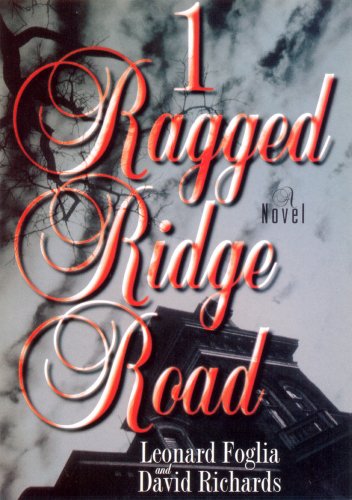 The once-glorious mansion needs repair, but everything about it – the chestnut moldings, the soaring foyer, the grand staircase and twenty-two rooms-filled Carol Roblins with hope from the moment she saw it. Maybe a fresh start would improve the relationship with Blake and their learning-disabled son, Sammy, giving their crumbling marriage one last chance. But before they can resolve their tensions, Blake leaves for a military assignment in Europe. Alone with Sammy in their new home, Carol delves into her restoration, fired by a dream of opening a bed and breakfast. As she recovers long lost blueprints and researches the mansion’s history, she learns it was once home to a storybook couple and a shocking murder.

“Take this absorbing book to the beach but be sure to get home before dark.” – Kathy Bates

“The skillful weaving of threads from the past with the present creates a fascinating tapestry of events filled with Intrigue and mystery.” – Angela Lansbury

In love with the decaying Kennedy mansion in backwoods Fayette, Pennsylvania, Carol Roblins talks her husband into her scheme to buy and restore it. But that’s the last thing she does talk him into, since he’s promptly posted overseas and tells her they both need room to think about their marriage. So Carol and her son Sammy, who’s slowed by Attention Deficit Disorder, set about transforming the mansion into a bed and breakfast called the Christmas Inn. She isn’t daunted by the news that the original Kennedys both died violently on Christmas Eve, 1928, only a year after their romantic wedding, so that even the name she’s chosen for the inn sends chills down the spines of locals with long memories–like Lyle Quinn, the ga-ga son of Charles Kennedy’s banking partner, and historical society stalwart Esther McPherson, who has her own reasons for wanting to stifle Carol’s plans. And when reinforcements arrive–a hunky contractor who slides into spending night after night on the living-room sofa and an even hunkier TV star whose idea of a joke is to tell an on-camera interviewer that he and Carol have solved the Kennedy mystery and will be turning the story into a Movie of the Week- -you can be sure that modern-day trouble will follow. Broadway director Foglia and Washington Post columnist Richards team up for serviceable neo-Gothic shivers, though you have to survive an awful lot of foreboding, toothless flashbacks to get to the payoff. — Copyright ©1997, Kirkus Associates, LP. All rights reserved.

“… the literary equivalent of Mom’s tuna noodle casserole: not elevated, not new, but just tasty enough to tempt you into wanting a bit more.” — The New York Times Book Review, Malachy Duffy

“Entertaining . . . two stories skillfully woven together. One is an old fashioned whodunit and the other is a contemporary suspense story. . . .Resist the urge to peep at the last few pages. Anticipation is half the fun of this mystery.”-  Florida Times Union (Jacksonville)