BargainAlert: The Day After Tomorrow Priced To Own In HD For $5 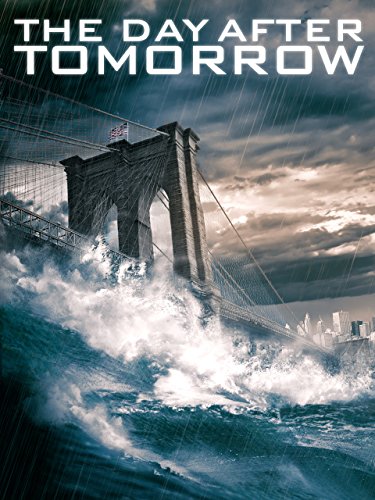 In a limited-time, Flash Sale, The Day After Tomorrow (PG-13, 4/5 stars), starring Dennis Quaid and Jake Gyllenhaal, is priced at just $4.99 to own in digital HD. From IMDB:

As Paleoclimatologist named Jack Hall is in Antartica, he discovers that a huge ice sheet has sheared off. But what he does not know is that this event will trigger a massive climate shift that will affect the world population.

Meanwhile, his son Sam is with friends in New York to attend an event. There they discover that it has been raining non-stop for the past 3 days, and after a series of weather-related disasters begin to occur over the world, everybody realizes the world is entering a new Ice Age and the world population begins trying to evacuate to the warmer climates of the south.

Jack makes a daring attempt to rescue his son and his friends who are stuck in New York and who have managed to survive not only a massive wave but also freezing cold temperatures that could possibly kill them.
– Written by John Wiggins

Click here to get The Day After Tomorrow—act quickly to take advantage of the bargain price, Amazon hasn’t announced a specific end date for this offer.

The post BargainAlert: The Day After Tomorrow Priced To Own In HD For $5 appeared first on Kindle Fire on Kindle Nation Daily.