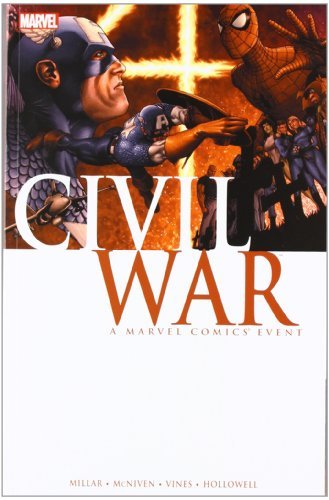 Now through May 11, 2016 a dozen Marvel Civil War graphic novels, each a collection of individual issues, are on sale at a deep discount. The sale includes such titles as:

The landscape of the Marvel Universe is changing, and it’s time to choose: Whose side are you on? A conflict has been brewing, threatening to pit friend against friend, brother against brother – and all it will take is a single misstep to cost thousands their lives and ignite the fuse!

As the war claims its first victims, no one is safe as teams, friendships and families begin to fall apart.

The crossover that rewrites the rules, Civil War stars Spider-Man, the New Avengers, the Fantastic Four, the X-Men and the entirety of the Marvel pantheon! 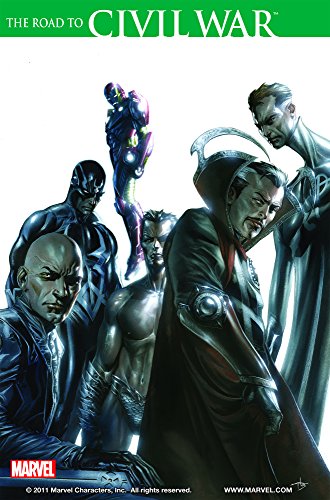 Plus: Spidey’s got a new lease on life, new powers and a new costume, courtesy of his new best friend Tony Stark. So what could possibly go wrong? With clouds quickly building on the horizon, the bonds that Spider-Man now forges may very well determine his capacity to withstand a coming storm.

The Marvel Universe is about to split down the middle, and the line is drawn here! You will be asked: whose side are you on? 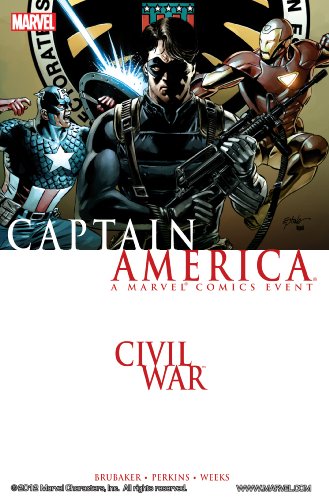 Captain America has fallen into a clash with his government and his friends, and the people close to him are paying the price.

The life of Cap’s girlfriend, Agent 13, is torn apart as her superiors use her divided loyalties against her.

Elsewhere, a new villain emerges; the Red Skull begins to make himself known; and the Winter Soldier again comes face-to-face with Cap. But which side will he choose? 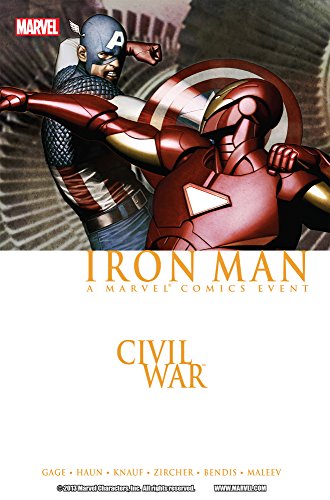 In the midst of CIVIL WAR, Captain America and Iron Man meet secretly, one last time, to see if there’s any hope of working things out before further tragedy occurs.

How could these two men, once the closest of friends, end up leading opposing super hero armies?

Tech Tip of the Week: Spotify’s Been Hacked