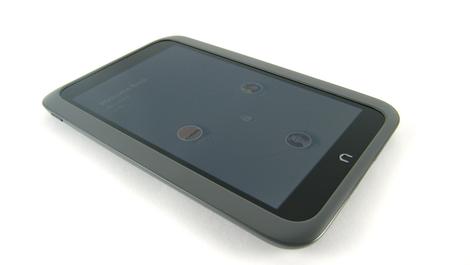 While Barnes & Noble is already preparing for the worst with the expected losses this year on its line of Nook tablets and e-readers, the company may be sending the Kindle Fire HD competitor off on its own in what could be its final days.

The company has indicated chairman and majority shareholder Leonard Riggio has proposed a buyback of the retail portion of the company, giving some the idea the bookstore and the Nook may soon be parting ways.

Though B&N has already refuted claims it's planning to ditch the Nook entirely, Riggio's plan submitted to the U.S. Securities and Exchange Commission (SEC) indicated he's prepared to purchase the brick-and-mortar stores, and makes no mention of bringing the Nook along with it.

It wasn't that long ago that things were looking up for the Nook, what with Microsoft's $300 million dollar investment in the platform.

Unable to keep pace with more popular devices like the Nexus 7 and Kindle Fire HD, the most recent launches of the Nook HD and Nook HD+ may have been too little too late.

Barnes & Noble has created a special committee consisting of board directors David G. Golden, David A. Wilson, and Patricia L. Higgins to review Riggio's proposal, which will be advised by Evercore Partners and the law firm Paul, Weiss, Rifkind, Wharton & Garrison.

Though nothing is set in stone and the bookseller can reject or negotiate the proposal, it will be interesting to see if the company does decide to spin the Nook off into its own branch.

TechRadar asked Barnes & Noble for comment on the proposal and the possible future of the Nook, and will update this story when we learn more.