Based on research into serial killers! The Psychopath Inside: A Neuroscientist’s Personal Journey into the Dark Side of the Brain by James Fallon

The Psychopath Inside: A Neuroscientist’s Personal Journey into the Dark Side of the Brain 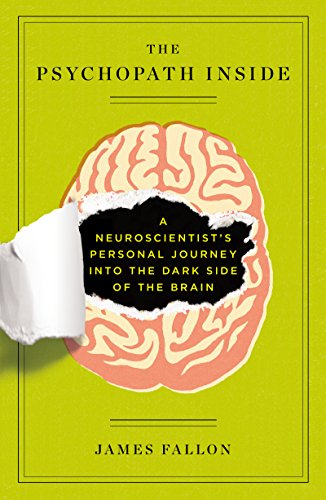 “Compelling, essential reading for understanding the underpinnings of psychopathy.” — M. E. Thomas, author of Confessions of a Sociopath

For his first fifty-eight years, James Fallon was by all appearances a normal guy. A successful neuroscientist and professor, he’d been raised in a loving family, married his high school sweetheart, and had three kids and lots of friends. Then he learned a shocking truth that would not only disrupt his personal and professional life, but would lead him to question the very nature of his own identity.

While researching serial killers, he uncovered a pattern in their brain scans that helped explain their cold and violent behavior. Astonishingly, his own scan matched that pattern. And a few months later he learned that he was descended from a long line of murderers. Fallon set out to reconcile the truth about his own brain with everything he knew as a scientist about the mind, behavior, and personality.

The post <p style="text-align:center;font-weight:bold;"> Based on research into serial killers! <em> The Psychopath Inside: A Neuroscientist’s Personal Journey into the Dark Side of the Brain</em> by James Fallon </p> appeared first on Kindle Fire on Kindle Nation Daily.