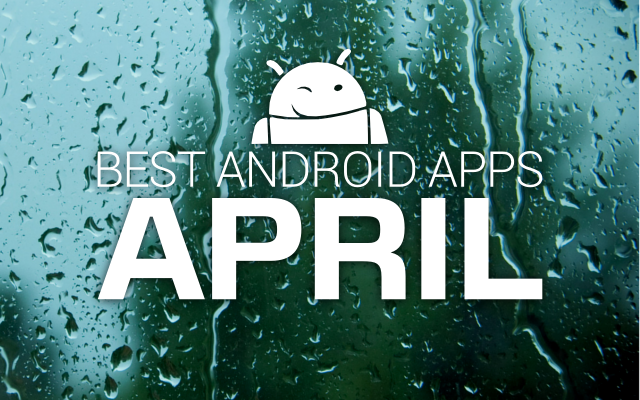 Another month is just about in the books, which means it’s time to look back at all the apps that were launched. April was a very good month for app releases. Some were long-awaited, others were complete surprises, but many of them were awesome. With all of these new apps coming out it’s easy to miss some of the best ones. We have compiled a list of the best and most popular apps to launch in April. Make sure you didn’t miss any of them. 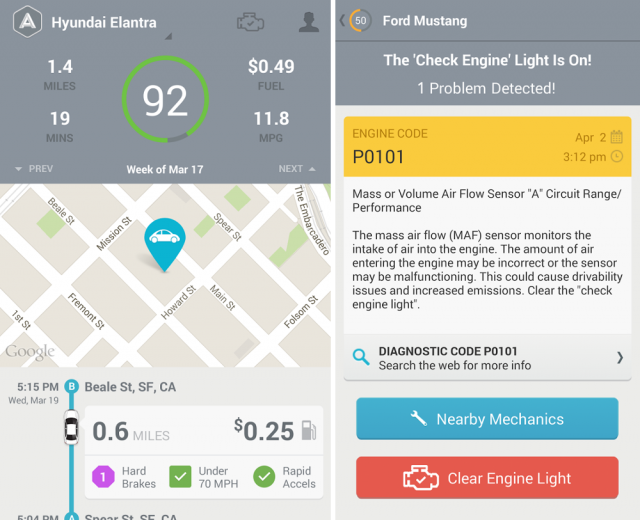 The sad truth is that most cars don’t integrate with our phones very well, if at all. Automatic aims to change that. This app works with a dongle that can be plugged into your phone. It keeps track of tons of data and makes it all available in the app for you to see. Things like explanations for the “check engine” light, your car’s location, miles per gallon, and more is available. The app is free, but the dongle is $99. 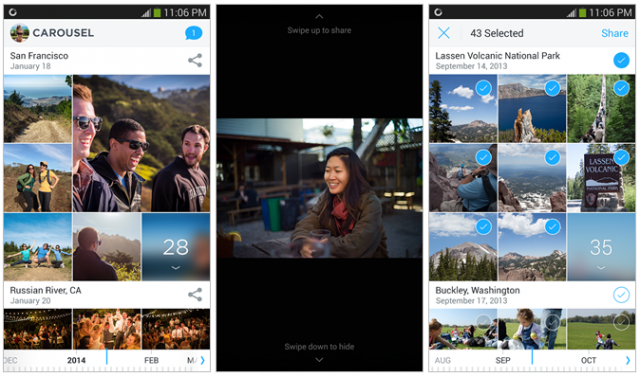 The first of two apps from Dropbox on this list is Carousel. This app is a fancy way to show off photos and videos from your Dropbox account. It’s a social expirience, too. Photos and videos can be grouped into events, and people can leave private comments. Dropbox intends it to be a way to relive memorable moments after they happen. The app is free to use, but it does require a Dropbox account (free or paid). 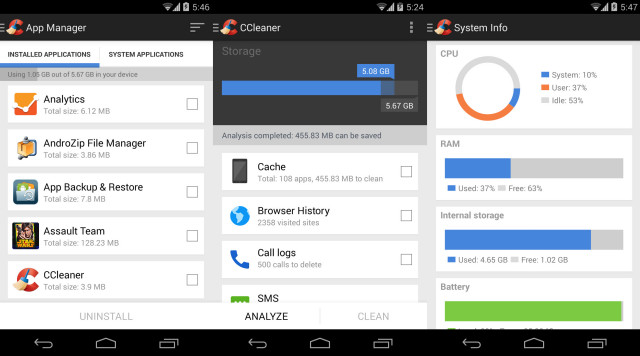 One of the best apps available for keeping Windows PCs clean and fast is CCleaner. Recently they released their Android app for beta testing. This app will optimize browser history, application cache and clipboard. Clean call logs and SMS messages individually, in bulk, by age or by contact. Reclaim storage space by quickly removing unwanted applications, and much more. Join the community to download the app for free. 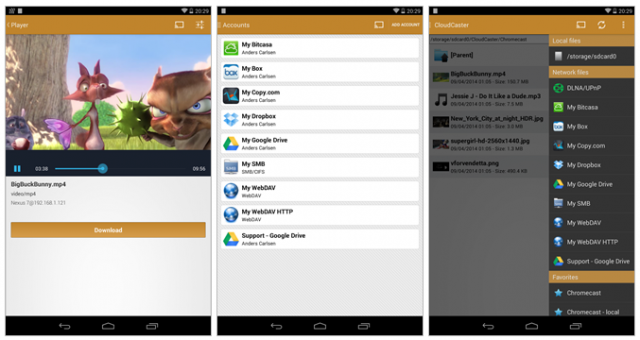 Most of the standard streaming services have started to support the Chromecast. This is great, but if you’re looking to use other services you are out of luck. CloudCaster supports 23 different services, plus local content, and DLNA files. Right now the only way to stream from SugarSync or Copy is CloudCaster. The app is speedy, easy to use, and great for streaming a bunch of stuff to your Chromecast. 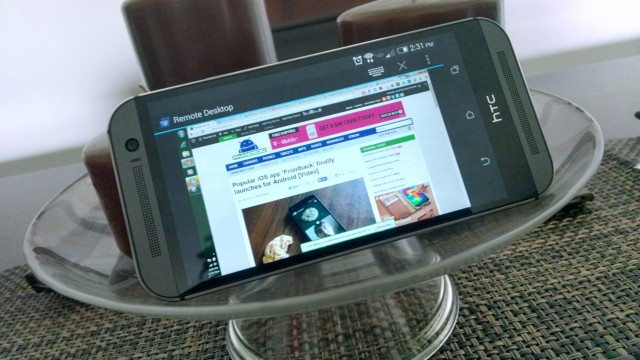 Remote desktop software can be tricky to set up and use. Google is doing their part to combat that with Chrome Remote Desktop. This app allows you to control any PC that has the Chrome Remote Desktop extension installed. Set-up takes about two minutes and you will be on your way to remotely controlling your PC. If you use Chrome on your PC this is an easy download. 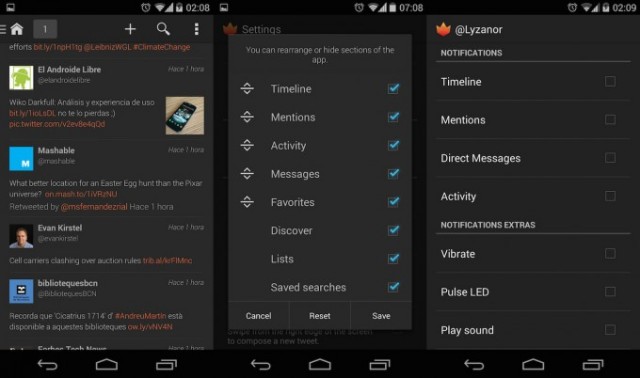 The latest Twitter app with all the buzz is Fenix. After being in beta for a few months the app was finally made officially available in April. Fenix offers a beautiful design with tons of features for hardcore users. Lists, TweetMarker support, photo previews, muting, themes, and multiple accounts are all there. What won’t be there is ads, since this app costs $2.50. The price may seem steep, but it will likely keep Fenix up and running longer. 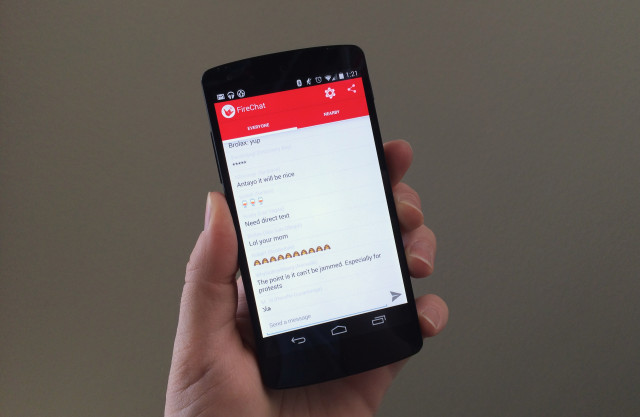 FireChat is a very interesting new app. This messaging service allows you to chat with nearby people, but it doesn’t require an internet connection. Instead it uses “mesh network technology” to connect with nearby users of WiFi Direct and Bluetooth. This means you can only talk to people within a 30-foot radius. Now that is a much more social network. FireChat is completely free and tons of fun when you’re in a public place. 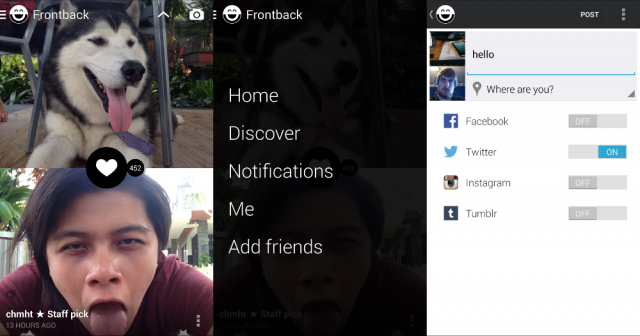 If you like taking selfies and Instagram photos this app is the perfect combination. Frontback allows you to quickly take a photo with the front and back camera on your device. The result is two photos stitched together, one from your point of view and the other of your face. These photos can be used to show an emotion, something you are doing, or any number of things. It’s a fun app and you can get it for free. 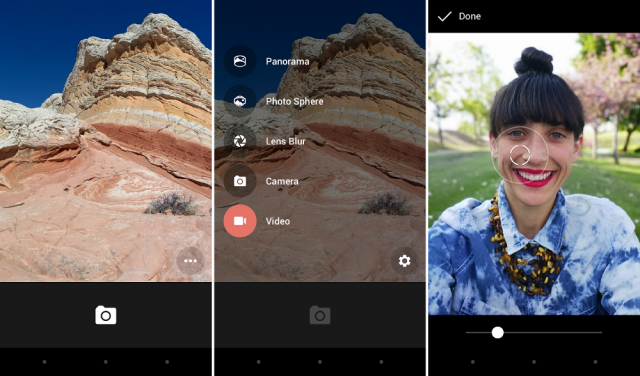 Google has once again stripped a core component from Android and made it available in the Play Store. This month they released Google Camera for KitKat devices. This is a redesigned version of the camera app that comes on Nexus devices. Google made the UI simpler, added a cool Lens Blur feature, and made it just plain better overall. If you have a KitKat device it’s definitely worth a download. 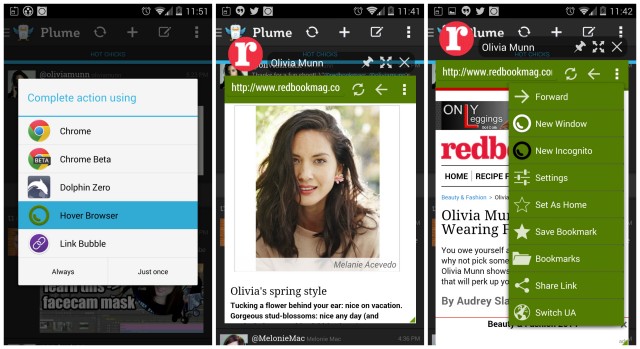 In our list of best apps for March we mentioned Link Bubble. This great app allows you to load web pages in the background and then view it without leaving the current app. The only downside to the app is that it costs $5. Hover Browser does many of the same things as Link Bubble, but for only $1. It’s not as polished or smooth as Link Bubble, but if you’re cheap it’s a nice option. 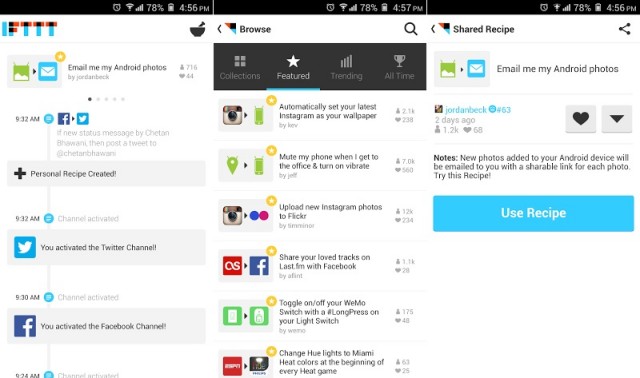 Earlier this month IFTTT (if this then that) beta for Android was briefly available. A couple of weeks later it officially arrived in the Google Play Store. This app can help you automate many different things. With the Android app the service can do location-aware tasks and change things on your phone such as ringtone volume. You can also do may other tasks that don’t need a device. If you’ve never checked out IFTTT now is the time.

Dropbox finally brought their popular iOS email app to Android this month. Mailbox is a 3rd-party app that can work with your Gmail and iCloud accounts. Some of the notable features include swipeable gesture, the ability to snooze emails, and the app supposedly learns about your email behavior the more you use the app. If you’re unhappy with the stock email apps, and want to try something new, Mailbox deserves a look. 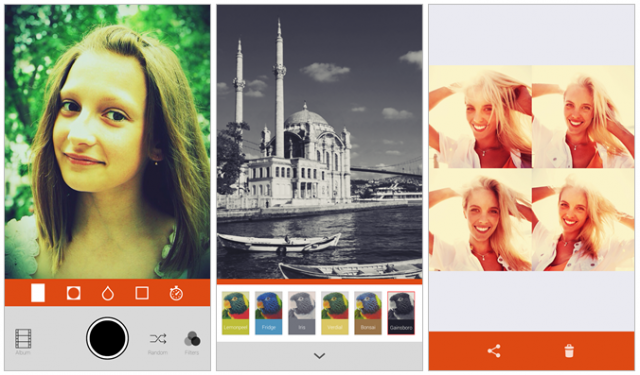 Another popular iOS photo app arrived in the Play Store this month. Retrica, a popular selfie app with tons of filters, is now available on Android. Retrica has a very nice minimal UI and easy to use features. There are tons of apps that do what Retrica does, but it has some advantages. While other photo editing apps go overboard with options Retrica keeps things simple, and it’s completely free. 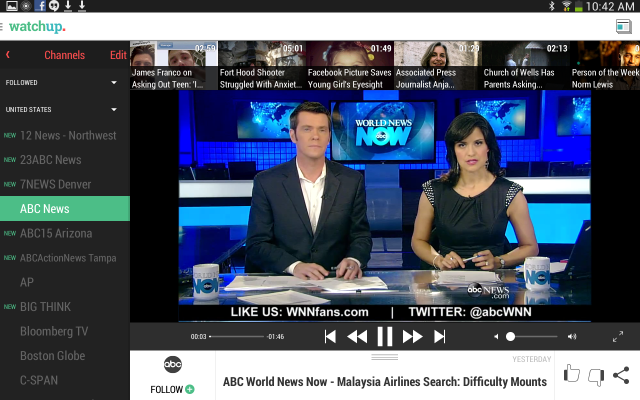 Who has time to sit down and watch the news for an hour? Not many people do anymore. Watchup is a new app that aims to curate a newscast just for you that can be viewed on your own time. Simply choose your areas of interest, pick a time for your newscast to be published, and then wait. Every day at the desired time you will get a list of stories and videos that you can navigate through. Watchup is free from Google Play. 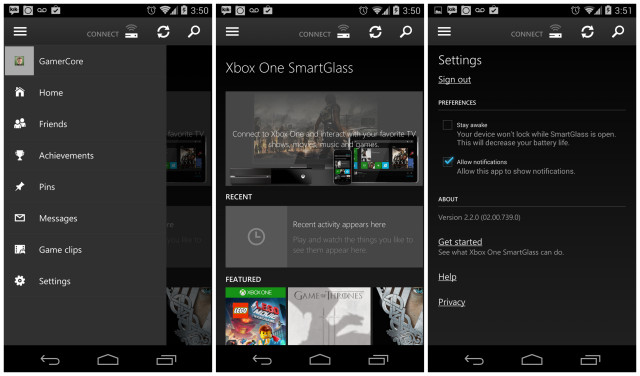 If you’re looking to try out new features before everyone else, and you own an Xbox One, this is the app for you. Microsoft released a beta version of Xbox One SmartGlass this month. With this app you will get early access to features. One cool feature that has been included is the ability to change TV channels like a real remote. You can get in on the beta for free if you’re interested.

That’s a wrap! Tell us which apps were your favorites from this month! Also, let us know if we missed any. There are may great apps being released each day. It’s impossible to include them all.