Online privacy has been a topical subject in the United States in recent weeks following President Trump’s approval of a polarizing bill that repealed broadband Internet privacy rules adopted by the Federal Communications Commission (FCC) under the former Obama administration. The debate on Internet privacy was also reignited several weeks prior to the adoption of the controversial bill after WikiLeaks published thousands of documents leaked from the Central Intelligence Agency (CIA), some of which were alleging the CIA found a back door into many popular Android messaging apps. Several cyber security experts dispelled that notion soon after, adding how using secure messaging apps is now more important than ever. With that in mind, below you’ll find the top ten best Android secure messaging apps that are currently available for download from the Google Play Store. 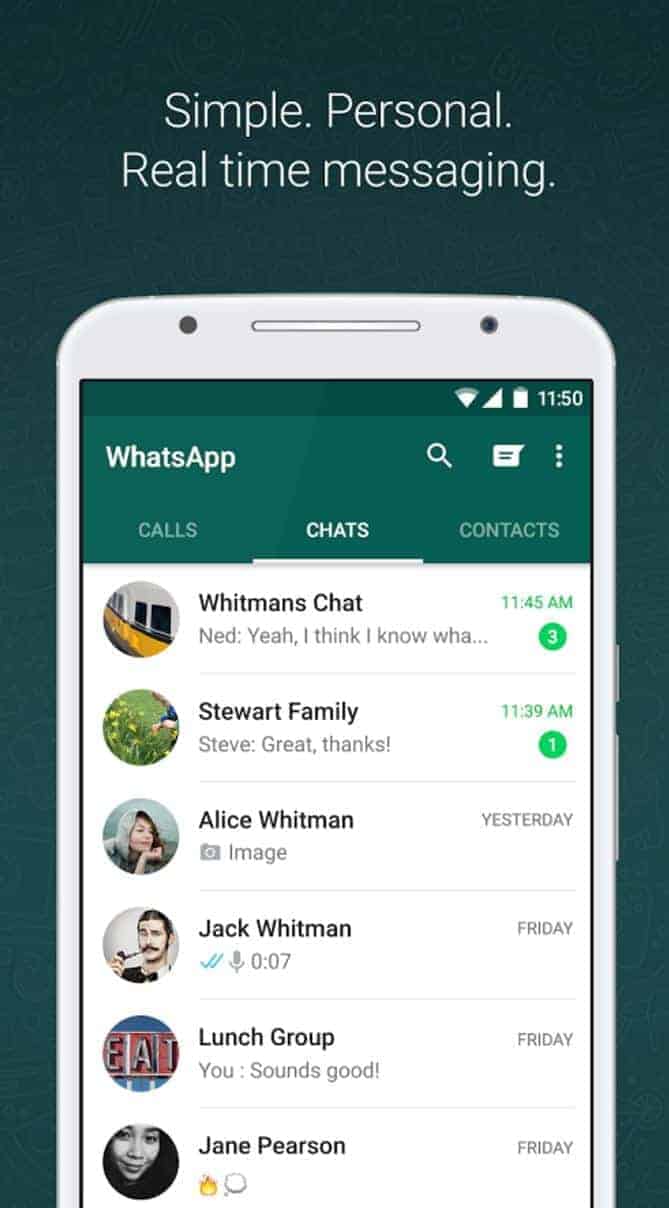 WhatsApp has been encrypting communications channels of its users for quite a while now, but back in mid-2016, the Facebook-owned service enabled end-to-end encryption by default, thus becoming one of the best secure messaging solutions for owners of Android devices who aren’t particularly tech-savvy. All you have to do to enjoy WhatsApp’s secure messaging feature is download and install the app, and not even WhatsApp will be able to read your messages by default. 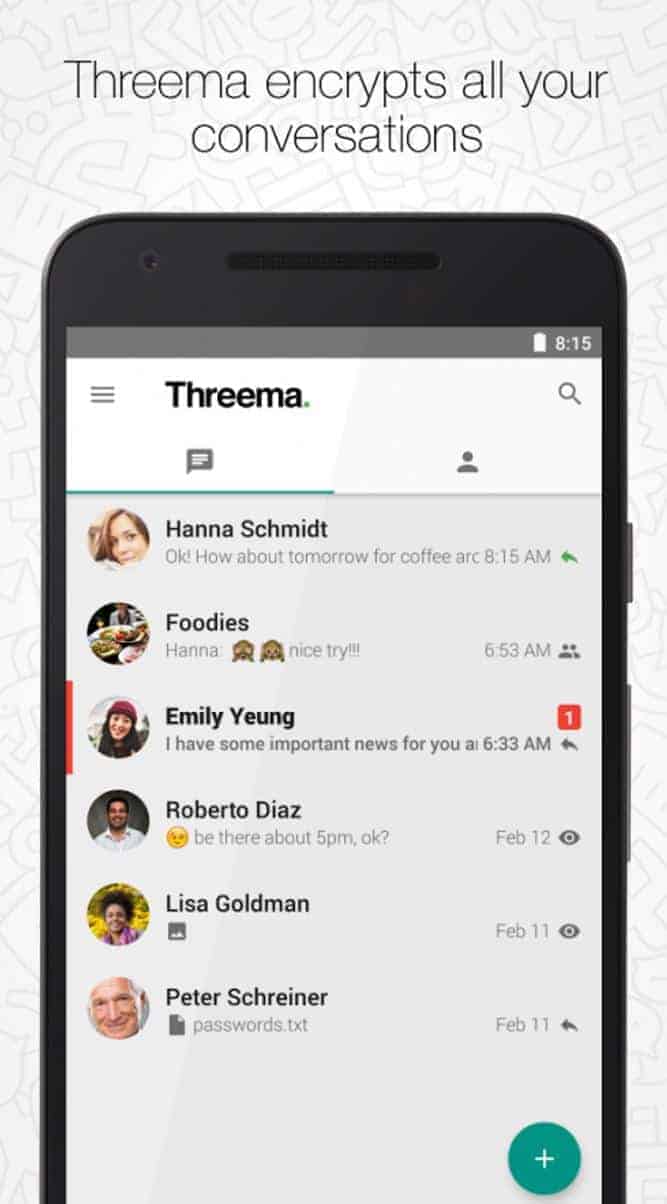 A paid Android messaging app is a rarity on the Google Play Store and one that’s actually worth the money is even harder to find. However, Threema definitely falls into that category as this mobile solution was designed to not only protect your data through encryption but also to minimize your digital footprint in an effort to prevent any kind of data from being collected by malicious third parties, even in case the worst happens and Threema’s servers are compromised. 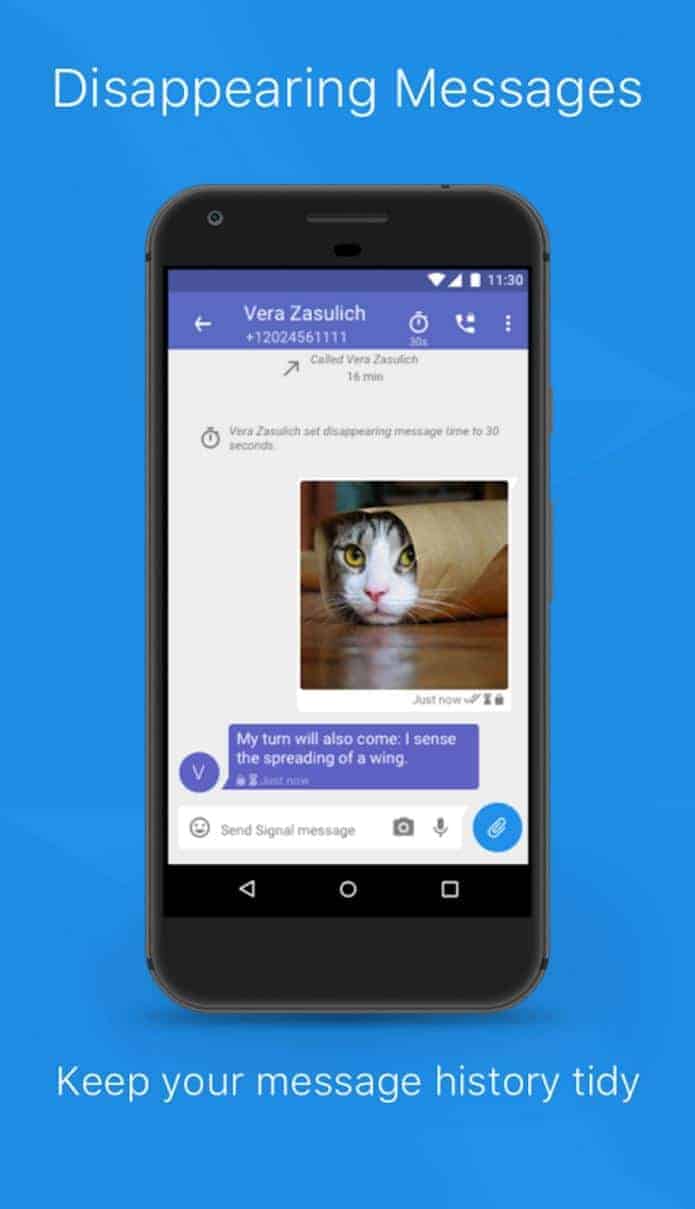 If you believe in the popular notion that there’s no security through obscurity, Signal Private Messenger might be your instant messaging (IM) solution of choice as this mobile tool does everything alternative communications solutions do, in addition to being open source, with its code available for anyone to dig through. 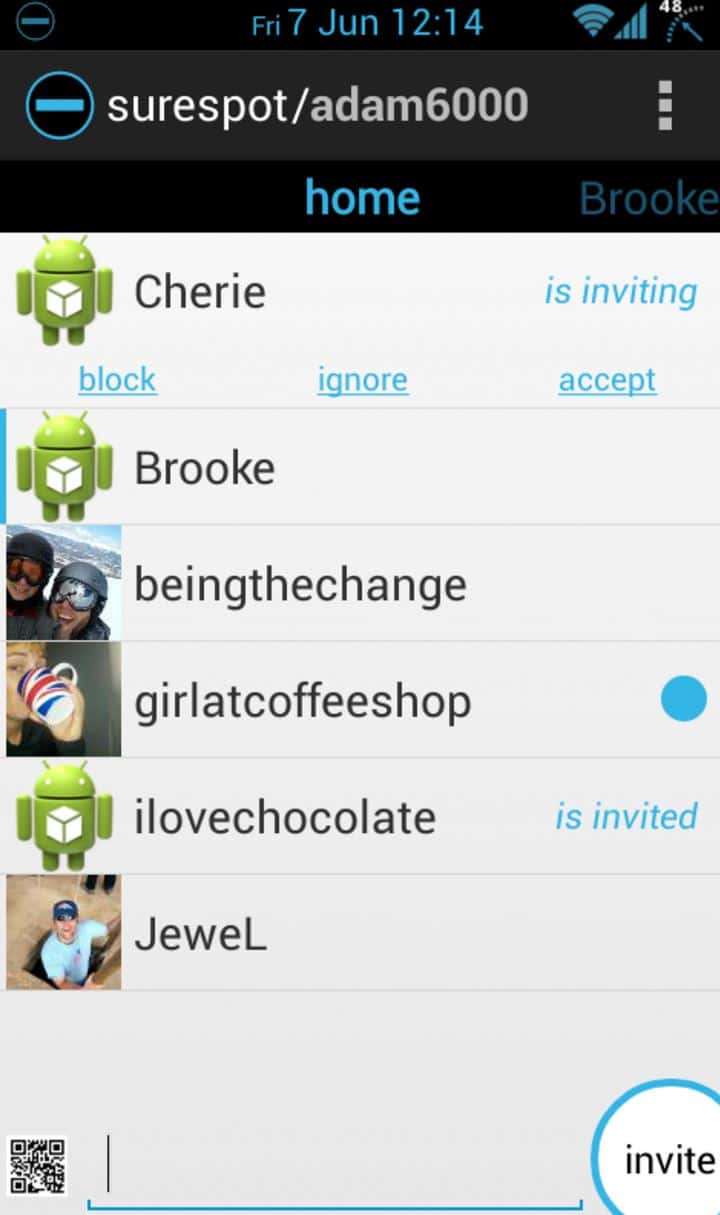 Surespot Encrypted Messenger isn’t as popular as some other IM apps on the Google Play Store, but that doesn’t mean it isn’t as effective, as tens of thousands of its daily users can confirm. With native support for 256 bit AES-GCM ecnryption that’s enabled by default, this app is yet another great secure messaging tool for non-tech-savvy mobile users. 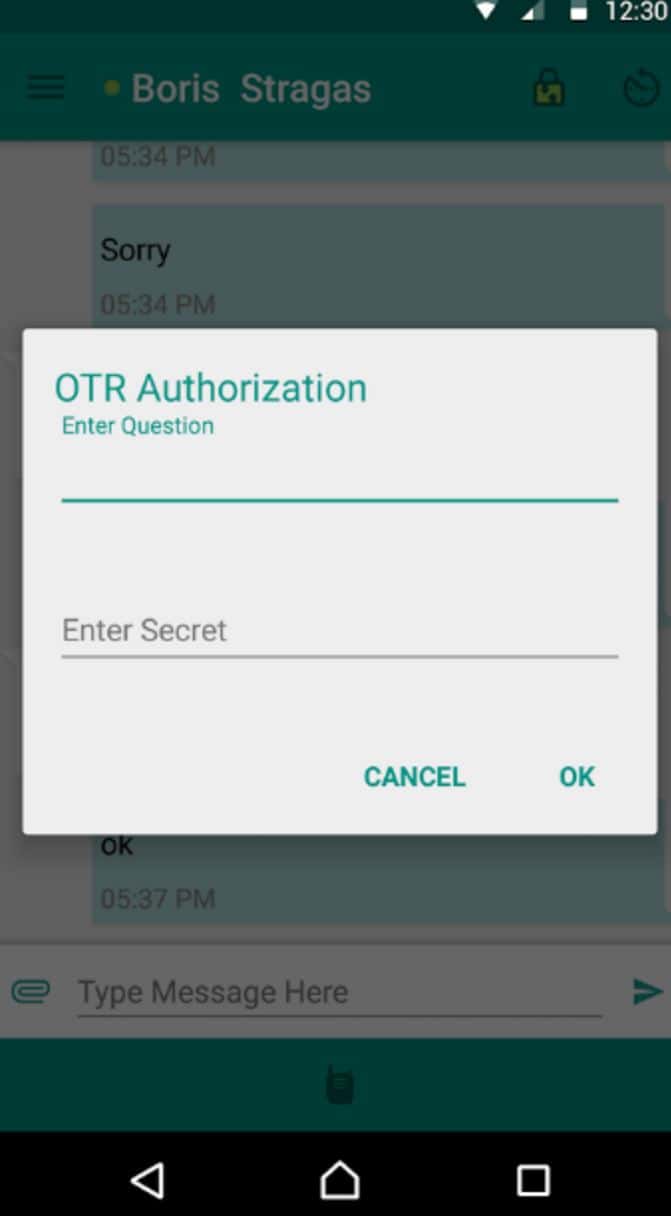 Secure Chat is a relatively new secure messaging app designed around strong on the run (OTR) encryption powered by the XMPP instant messaging services. It’s part of a larger secure communications package offered by Secure Group Inc and is available on a seven-day trial, which should be more than enough time to figure out whether this tool is the right choice for you. 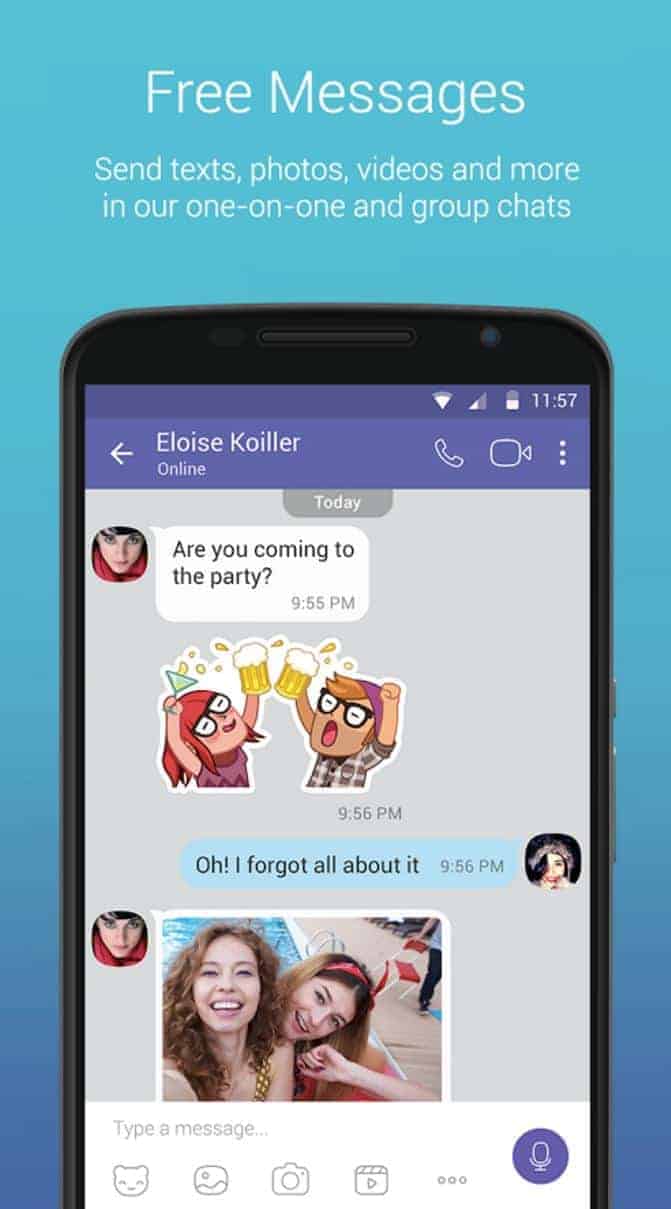 Viber Messenger recently introduced default encryption for messages similar to that of WhatsApp, in addition to extending that security measure to everything from voice and video calls to its file sharing feature. Seeing how many of your friends and acquaintances probably already use Viber Messenger, this app is definitely worth considering if you’re looking for a secure messaging tool. 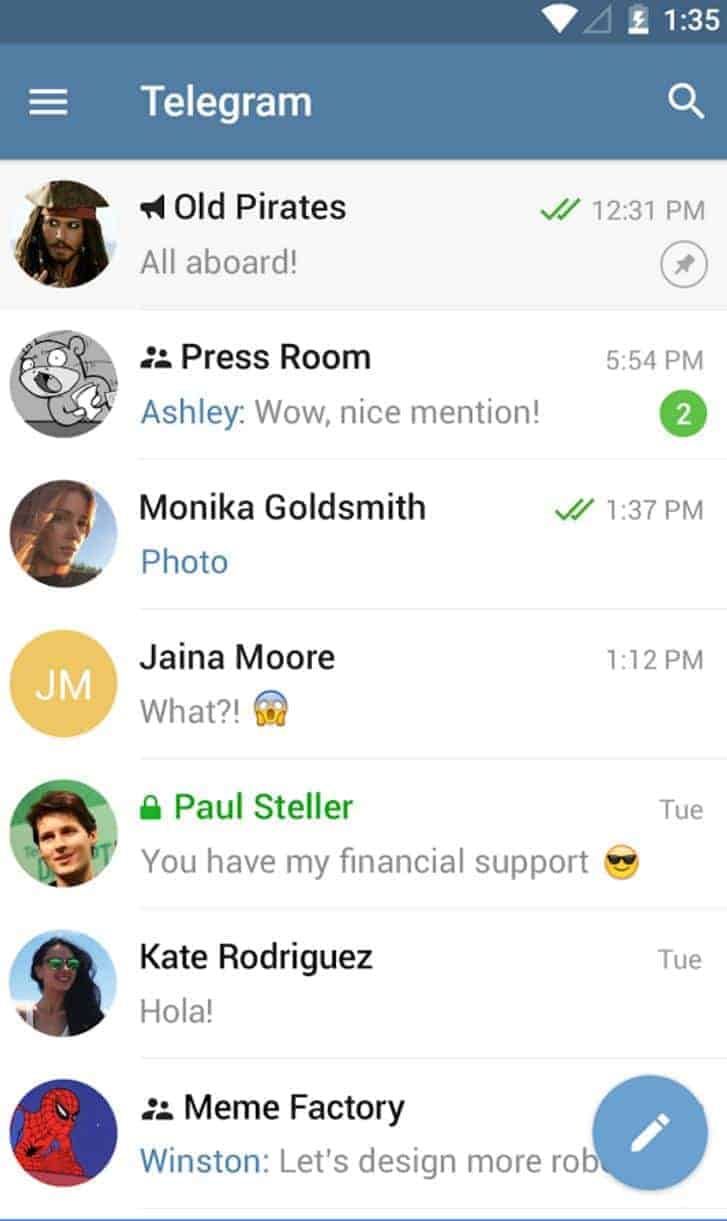 Anyone on the lookout for a secure Android IM app can’t really go wrong with Telegram, a mobile tool that made a name for itself thanks to its massive focus on privacy. In addition to end-to-end encryption and an intuitive user interface, Telegram also boasts some unique features like an integrated gaming platform and group chats for up to 5,000 participants. 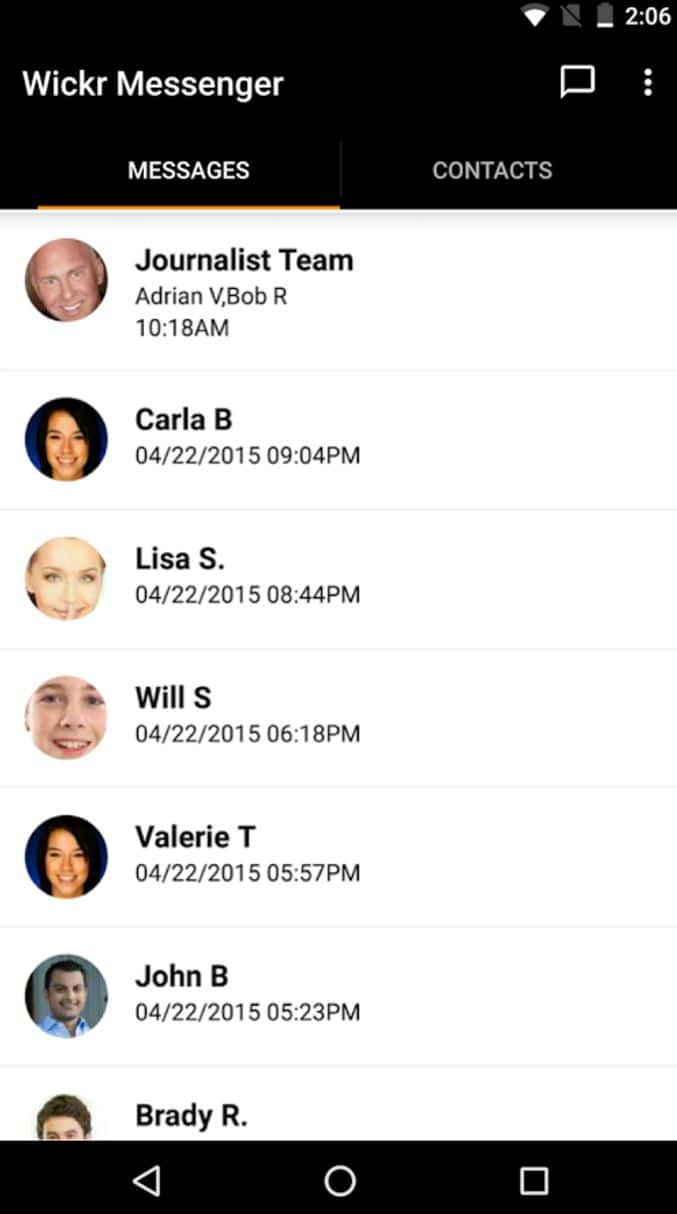 Wickr Me – Secure Messenger is yet another encrypted messaging app for Android devices that boasts a large user base consisting of journalists, celebrities, activists, and many other individuals who value privacy, all of whom trust this mobile tool for their communications needs. If end-to-end encryption isn’t secure enough for you, Wickr Me also provides you with the option of deleting all messaging history between you and your recipient whenever you feel like it. 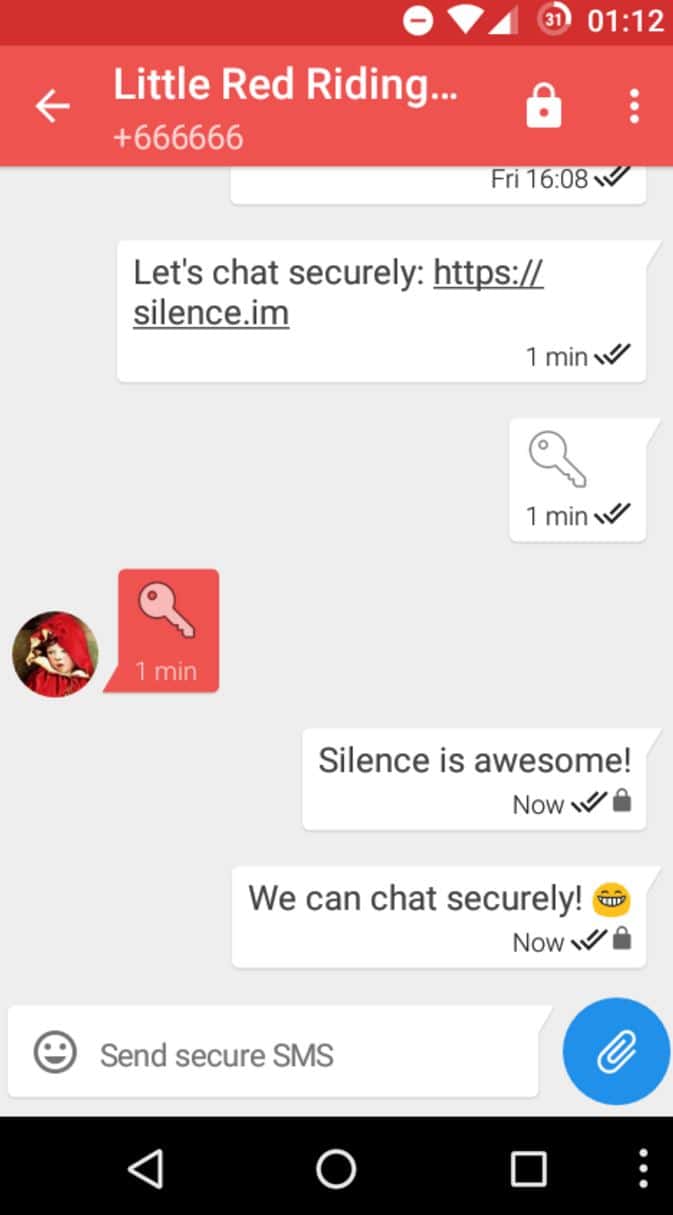 If you still rely on SMS and MMS messages on a daily basis and value your privacy, Silence is one of the best apps you can install on your Android device. Offering full encryption for SMS messages powered by the Axolotl encryption protocol, Silence will protect your communications while simultaneously letting you dig through its code seeing how it’s an open source solution that hides nothing except for the contents of your messages. 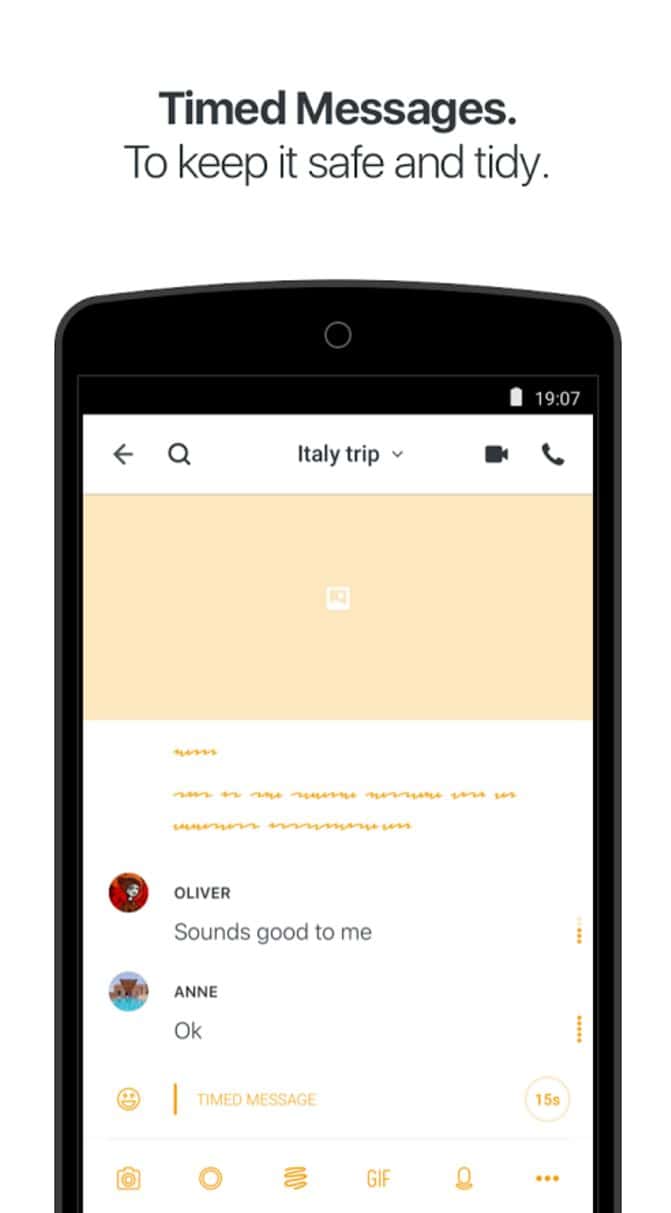 As your choice of an Android messenger will often depend on how many of your friends are already using it, you may stumble upon Wire – Private Messenger, a popular communications solution featuring end-to-end encryption, support for ephemeral messages, secure location sharing, and numerous other convenient features that you should feel right at home with.