Best apps for streaming photos, videos, and music from your Android device to Chromecast [October 2014] 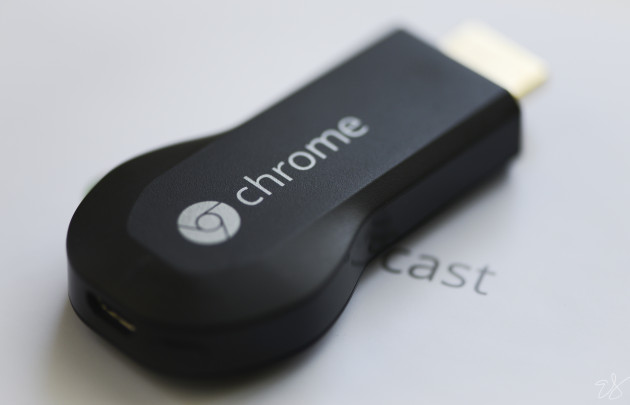 Google’s Chromecast is a fantastic device. It’s one of the easiest ways to stream and share content onto your television screen, including making it simple to cast radio stations, shows on Netflix, or your G+ photos onto a bigger display. At just $35 bucks, it’s the simplest way to get media onto multiple screens. The only drawback? Chromecast’s lack of support for locally stored content.

Sure, Chromecast boasts all of the ways you can sling your subscriptions to your television without a huge box and lots of wires and cables, but sometimes you want to view some homemade videos and photos. In this guide, we’re going to go over the best ways to cast your local content to a Chromecast with a few different apps. 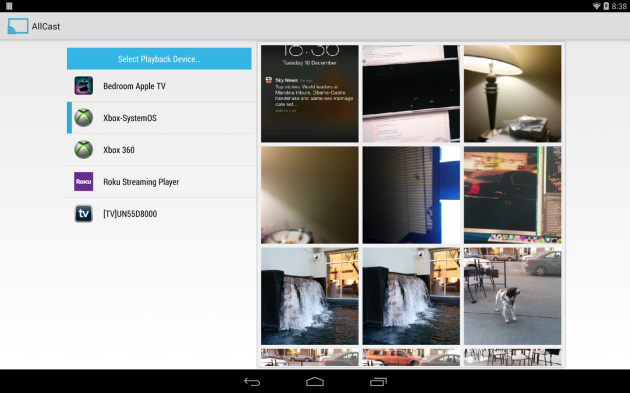 AllCast is an app from Koushik Dutta, who also happens to be the developer of apps like Helium and ROM Manager. The app is designed to cast any content on your phone to a Chromecast, but it also works with multiple other streaming boxes and devices, so it offers quite a bit of functionality that many other apps don’t.

The interface is simple enough; you select any piece of content from the side menu, whether that’s a video from your gallery, a song on your SD card, or an image from another app loaded on your device, then select the playback device you want to use, and AllCast handles the rest. Photos will immediately display on screen, songs will play through albums, and full videos will play just like if you were casting them from another source.

As an added bonus, if you want to use AllCast with something that’s not a Chromecast, it’s mostly compatible. Stuff like a Roku Box, Apple TV, Xbox 360, or most other DLNA compliant devices should be fully compatible, so if you like to mix and match your ecosystems, AllCast will help you keep your content available on any screen. This platform-agnostic approach makes it one of the better apps on this list. To make it even better, the app also features the ability to cast content from Dropbox and Google Drive. It’s technically not local content, but it’s worth mentioning.

The interface sticks to Android’s Holo design, and it’s very easy to navigate. There’s not much clutter and not many settings to tweak, which can be a good or bad thing, depending on your usage habits.

The free version of AllCast comes with a five minute limit on content. If you’re planning on watching movies or streaming full albums with the app, this means you’ll have to shell out the $5 for the app to use it without constant frustration, but for just a few bucks it’s well worth the purchase. 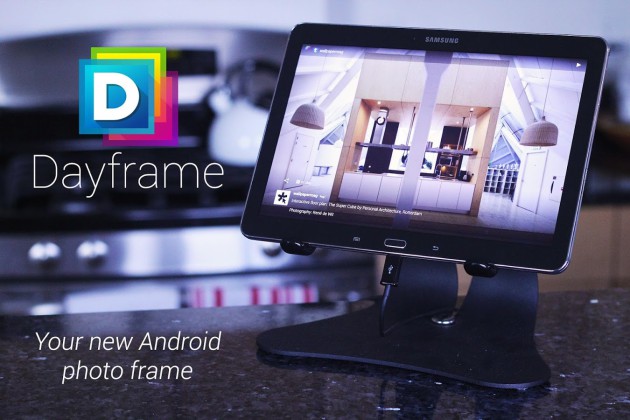 Dayframe is a useful application that can turn a screen into a fully featured digital photo frame. The app takes your local photos (plus anything you have on social media or cloud storage) and will display them in a slideshow. Since it’s fully compatible with Chromecast, it makes for an excellent way to display your pictures and albums on a bigger screen with tons of customization options.

With Dayframe, you can select specific albums or “playlists” of photos to display, and it will cycle through each photo on a timer. The pro version of the app lets you set up specific orders for photos, or gives you the option to randomly shuffle through your pictures. This automation makes it perfect for re-purposing an old TV with a Chromecast to a 24/7 digital picture frame, or to put some photos up on the main TV at a party. Once the app is set up and casting, you don’t need to monitor your device to keep things flowing; Dayframe handles it all automatically.

On top of just supporting local photos on your Chromecast, Dayframe also works with cloud storage, like Dropbox and Drive, and social media accounts, like Facebook and Instagram. Plus, you can actually set it up to be used on a tablet when it’s not casting to a television, so it’s got a variety of uses.

The app is free, with a few features locked to the paid version. Chromecast support is free, although there’s a Chromecast watermark on your photos, so it’s definitely worth checking out to see if it fits your needs. 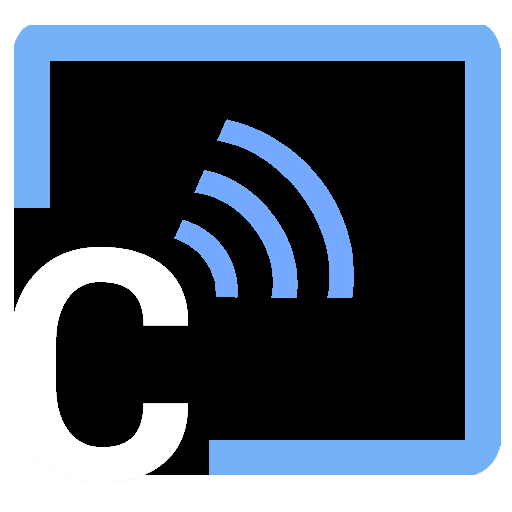 Castaway is a very slim app that functions similarly to AllCast. The major difference between the two is that Castaway just focuses on Chromecast support, instead of trying to work with every device on the market. If you have a ton of different types of streaming devices, or you want to be able to sling content to any device you might run into, AllCast is a better option, but if you’re only worried about Chromecast support, Castaway should be your go-to.

The app offers a pretty clean, basic interface that’s easy to navigate. After connecting to your Chromecast, you select any picture or photo stored on your device, and it’s automatically beamed to the Chromecast. If you’re playing video, the app supports lock screen playback controls, so you can quickly pause and resume your video without having to unlock your device again. Castaway also supports casting from your Facebook and Google+ accounts, so if you typically keep your files backed up to either of those social networks, it’s extremely easy to get them on your TV.

Castaway is slightly more limited than AllCast because of its smaller device support and inability to play audio files. However, the free version is ad-supported and there are no limitations on video or image playback, so if you’re okay with a few ads Castaway is a much cheaper option. If you’re just looking for a simple way to cast a few photos to show some friends or family every once in awhile, Castaway is a smarter choice.

Google Play Music is Google’s application for their All Access streaming service and the Play Store’s music storefront. Those are primarily what the app is designed to do, but it still offers one overlooked feature; local music playback.

If you put your own music files on your device, Play Music will easily recognize them and let you play them mixed in with your other purchased and All Access music, if you have any. But since this is a Google app, that means that it has fantastic Chromecast support, and yes, that extends to local music. Simply connect to your Chromecast with Google’s cast logo at the top of the app, then start playing.

Using Play Music, you’ll get a well-designed interface, plus all of the usual cool features like lockscreen playback support, an equalizer, and excellent sound quality. Really, the biggest advantage of using Play Music over something like AllCast is that the sound quality seems have a higher bitrate, which makes for a much better experience, especially if you’re casting to a full home theater system.

Play Music is tough to beat, considering it offers arguably the best music casting experience on Android, on top of being a very well designed, easy to use app. It’s completely free, and if you ever want to jump into Google’s streaming services (like All Access or purchasing music through the Play Store) it’s easier to do if you’re already using the Play Music app. 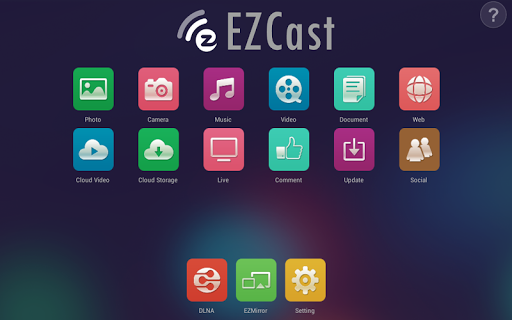 EZCast is the Swiss Army Knife of Chromecast apps. It can cast nearly anything on your device to a streaming device, including Google’s Chromecast, a Miracast display, or most other DLNA devices. On top of that, it goes beyond just letting you cast local photos, videos, and music and has options for mirroring full documents, web pages, and even your device camera.

When you start up EZCast, you’ll get the option to connect to your particular device. Once you’re connected to your Chromecast, you’ll see a screen with tons of different options for whatever you need to get on your larger screen. Photos, videos, and music works pretty easily; simply select the content and let EZCast handle the rest. Any locally stored media will play flawlessly on your Chromecast.

If you want to get more in-depth with casting, EZCast can handle tons of other things. If you need to share an office document, for example, you can select the Document option, find the document on your device storage, and see it instantly beamed up to your screen. That can be extremely useful in business situations where you need to share some information on something larger than a smartphone screen. You can also pull up web pages (including YouTube videos or social media sites) and mirror those to your larger screen, which is also extremely useful. Need to share some vacation pictures at a party? Easy.

There are also a few other options offered by EZCast, including the standard support for cloud storage and social media, and you can share the camera with your Chromecast display. We saw that feature at Google I/O this past year as part of mirroring, but since it’s only available to a handful of devices, EZCast might be a better option.

EZCast is free and setting it up takes just a few seconds for how many features it has. The interface isn’t fantastic, but the plethora of casting options it has makes up for it.

These apps cover the best ways to stream any media you have on your Android device, from photos to videos to music. Did we miss any of your favorites? Let us know in the comments.

Come comment on this article: Best apps for streaming photos, videos, and music from your Android device to Chromecast [October 2014]