The best iPhone VR apps 2018: lose yourself in a virtual world

Apple doesn’t make a virtual reality (VR) headset yet, although we know it’s been experimenting with the technology for years. But that doesn’t mean you need to wait for iGlasses in order to enjoy VR apps on your iPhone. There are plenty of iPhone VR apps in the App Store, and provided you’re wearing a suitable headset you can have all the fun of VR with iPhones from the iPhone SE onwards.

The cheapest entry point to VR is Google Cardboard, but if you’re feeling flush the Zeiss VR One offers a much more premium experience.

Whatever headset you opt for, it’s just a matter of slotting in your iPhone, sticking it on your face and enjoying the ride. Here are the VR experiences you’ll want to check out first. 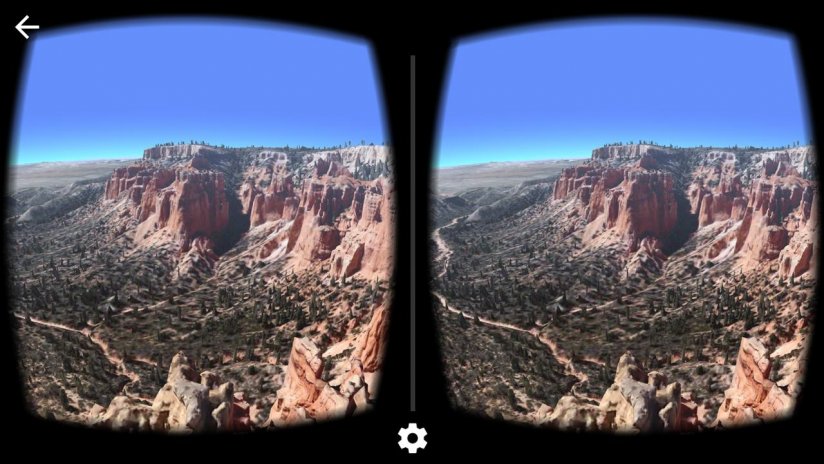 The Google Cardboard app does two things. It shows you how to set up your Google Cardboard headset correctly, and it includes five VR experiences that give you a flavour of what phone-based VR can deliver.

Those experiences’ names give you a pretty good idea what to expect, so for example Explorer enables you to explore virtual places, Exhibit shows you around a virtual museum, Urban Hike is a walk through various world cities and Arctic Journey, which enables you to relax underneath the Northern Lights or create your own flower garden. There’s also Kaleidoscope, which breaks the mould by having nothing to do with kaleidoscopes. We’re kidding. It’s a kaleidoscope.

The real-world images of places such as the Eiffel Tower have the most obvious ‘wow’ factor, but it’s the imaginary ones that are often more fun: for all its engineering excellence the Tower really needs to be seen in the metal to appreciate just how mind-bogglingly big it is. 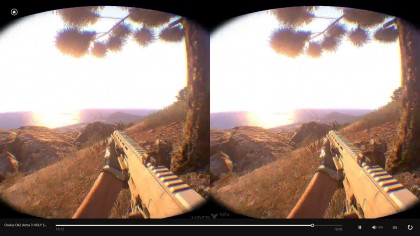 Cardboard isn’t the only Google property that’s doing things in VR. The main YouTube app is doing it too. It has a VR mode that enables you to do two things: enjoy 360-degree videos in full VR, or experience normal videos on a virtual screen.

If you’ve used a PlayStation VR you might have encountered that second option already: like on PSVR the effect is rather like trying to watch a flat-screen TV that somebody’s stuck on a wobbly spike.

While the novelty of watching YouTube on a virtual screen wears off quickly, there’s tons of really good stuff to watch on the Youtube Virtual Reality Channel. Do you want to get up close with Maroon 5? Of course you don’t. Nobody does. But you don’t have to. You can experience skydives and Porsche driving, wild river kayaking and indie bands’ front rooms. As with all YouTube channels there’s some awful stuff there, but there are some real gems too. 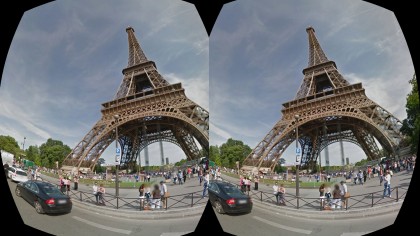 The dedicated Street View map has a Cardboard Mode – the icon appears when you rotate your phone into landscape mode – that enables you to experience Photo Spheres in virtual reality. That means you can use your VR headset to mooch around Machu Picchu, traipse around the Taj Mahal, bounce around Bora-Bora and see any city you fancy.

It’s good fun and potentially useful for planning travel: there’s something about seeing a place in 360-degree glory that makes it more interesting than scrolling around the same thing in two dimensions. It’s just a shame that, like the rest of Street View, the imagery isn’t live. That would feel like teleporting. 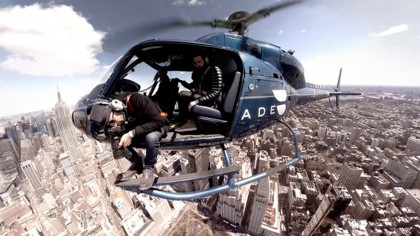 Within isn’t so much a VR experience as a platform for VR experiences, and it’s aiming much higher than the usual bits of VR shovelware. Recent releases include Tokyo Light Odyssey, a heavily stylized and deeply immersive ambient cityscape; Dolphin Man, which unfortunately for us isn’t a superhero film but a serious and beautiful undersea scene; Asteroids, a Sundance-wowing animation from the director of Madagascar; and Look But With Love, a journey into Pakistan’s land of Sindh and its music and poetry.

Some of it’s a bit worthy for our tastes, but with a collection ranging from U2 performing in 360-degrees to documentaries about Amazonian deforestation there’s an ambition here that’s lacking from some of the other VR champions. That’s reflected in the range of organisations that have partnered with it: world-famous newspapers, brands such as Sony and Samsung and content studios such as Universal and NBC. 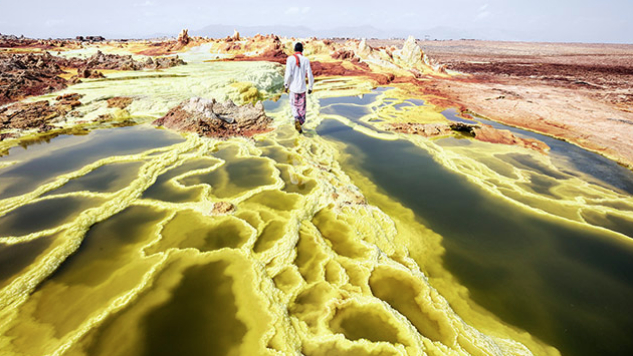 You don’t tend to think of newspapers as being at the cutting edge of tech but from the internet to social media news brands have often been among the first to wonder to what uses new technology can be put. The NYT is no exception and here it’s experimenting with VR as another way to tell stories.

Don’t expect a newspaper-style publishing cycle – new videos are uploaded “every month or so” – but this is a case of quality over quantity with high production values, superb storytelling and award-winning content. Recent examples include being embedded with Iraqi forces fighting ISIS in Fallujah, climbing the spire of the World Trade Center with professional mountaineer Jimmy Chin and the chance to explore the faraway wastes of Pluto.

The NYT has rightly focused on “places you can’t normally go”, enabling you not just to read and hear about those places but to experience them yourself. It’s very impressive. 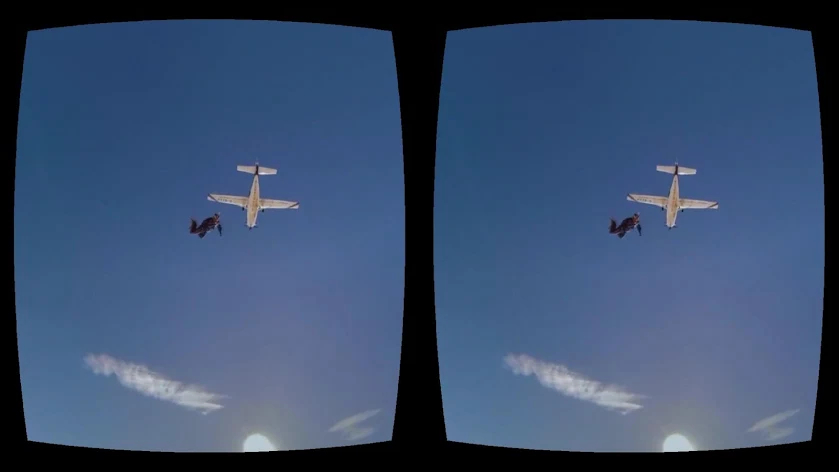 Let’s face it. You and me, we’re nothing but mammals, so let’s do VR like they do on the Discovery Channel. The Discovery VR app comes from the same people who brought you Shark Week, Week of Sharks, Seven Days of Shark and many other shark-related programmes, and naturally that means you’ll be able to see sharks in the channels VR app too.

Not only that but you can experience the odd bit of content that doesn’t include sharks at all, such as Samurai sword fights, Dublin street dancing, and rhino rescues. There’s even footage of rollercoasters. Rollercoasters! Imagine finding them in a VR app!

The app is pretty much what you’d expect from a big brand, with nice design, good quality video and a good selection of content. There’s also an offline mode so you don’t need to stream in areas you can’t get a signal. 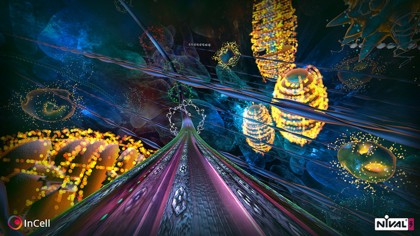 In the famous film Fantastic Voyage, a team of scientists were shrunk down so they could explore the insides of the human body in a little submarine. Now you can do the same without any scientists, and unlike in the film you’re not going to be pummelled by platelets or beaten by blood cells or see your submarine smashed to bits. Primarily because you don’t have a submarine.

We’ve included this as an app although technically it’s a game because it’s not really much of a game and it’s quite a good science app: it takes place inside a virtual model of the human body, and as you race around the place collecting points you get to learn the different components of the cell. It plays rather like Wipeout, but with microbiology instead of hovering space cars and with levels called things like ‘Mitochondrion’. That, of course, is a double-membrane-bound organelle found in most eukaryotic organisms. 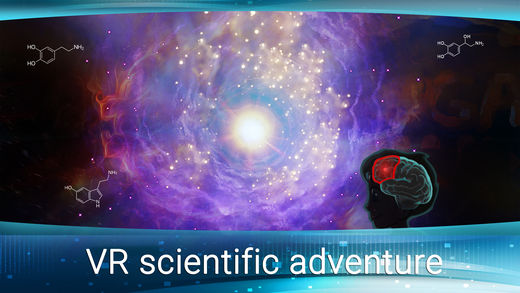 Like InCell, InMind is billed as a game but it’s quite educational too. It all takes place inside the brain of a teenager called John, and as John experiences different emotions you can see how the various chemicals combine to create and communicate those moods. If that sounds a bit worthy… well… it is.

John appears to be quite spectacularly dull and there are a couple of wrong notes such as John imagining having a whole bunch of guns "to protect the country from its hidden enemies", which makes you wonder if his future involves going up a watchtower with an AK-47. However, the in-brain stuff is genuinely thrilling as neurotransmitters ping and tendrils pulse like plants in some kind of bizarre alien space forest.

Visually it’s often very beautiful, and we’d be quite happy to have the gameplay elements and voiceover removed so we could simply float around in John’s brain juice. Which sounds bad, we know. 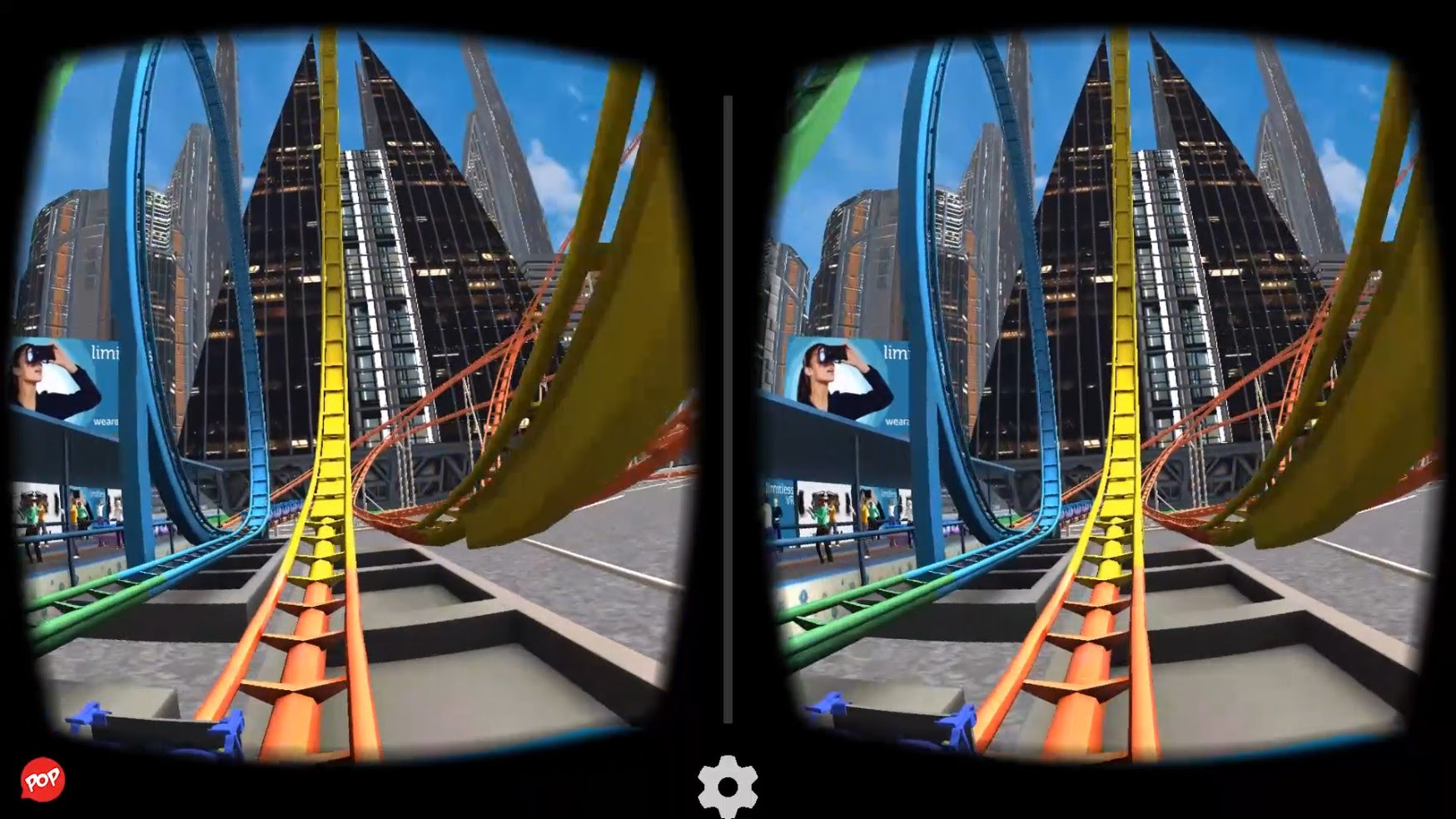 There’s an unwritten law about virtual reality that says if a device can do it, it must have a rollercoaster app. And the iPhone has many rollercoaster apps, of which this is one of the better efforts, primarily because it doesn’t interrupt you with ads every three feet of virtual travel.

VR Roller Coaster is based in a vast, randomly generated city so it’s different every time you open the app, and the two rollercoasters it offers do everything you’d expect with steep climbs and vertiginous drops and a lot of frankly unnecessary screaming. Quite brilliantly it supports the iPad too, which is great news for that huge demographic of people with necks like tree trunks who try phone-based VR and bellow “MORE WEIGHT! I NEED MORE WEIGHT ON MY FACE!” before smashing stacks of breeze blocks with their foreheads. 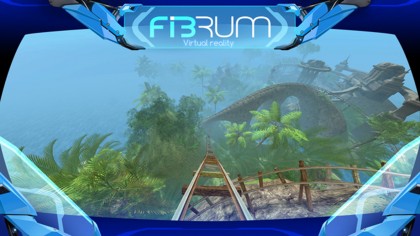 Not to be confused with VR Roller Coaster, which as the name suggests is completely different in every single way, Roller Coaster VR brings the hitherto unexplored world of the fairground roller coaster to virtual reality. Like other roller coaster apps Roller Coaster VR promises thrills and indeed spills, but this app also promises “an incredibly emotional adventure.” We’re not convinced that it does, but it does deliver a lush, vibrant tropical landscape where you can go up, down and round and round.

It looks and is indeed described as a virtual reality game, but there’s no gameplay beyond looking at things. There’s no attempt at realism here – you half expect Lara Croft to overtake you on a mining wagon – but that’s not really the point. It’s a thrill ride and it’s good fun until the freemium bit stops and the ads take over.