Call of the Siren (Demons of the Infernum) (Entangled Edge) 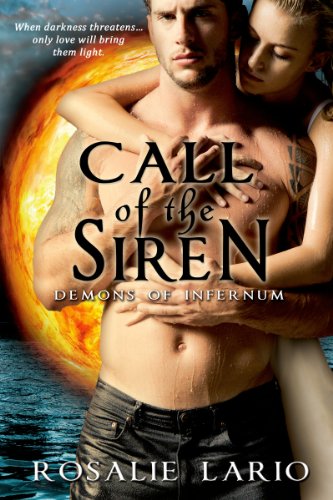 Siren-demon hybrid bounty hunter Dagan Meyers swore he’d never settle down. His older brothers might’ve adjusted well to family life, but tying himself to one woman is so not Dagan’s bag. Until he meets the gorgeous angel Lina, his brother Ronin’s long-lost adopted sister, and can’t think of being with anybody BUT her. Too bad Ronin’s well aware of Dagan’s party-boy lifestyle and won’t let him anywhere near his seemingly angelic baby sister.

Living the life of a mercenary has been perfect for Lina, who is still getting over abandonment issues that began when she was orphaned as a child. The last thing she wants is to develop feelings for the smooth-talking man she knows will eventually leave her. But as the whole group battles a growing darkness—a powerful dark fae who’s harnessed untold power—Dagan and Lina find that love may be their greatest weapon against t he evil that threatens to destroy them all.

“This thrilling new series mixes danger with demons and romance with rocket-paced action! I can’t wait for the next one.” – Alyssa Day, New York Times bestselling author

“The hot and wild fusion of demon, dragon, and desire had me burning through the pages!” - Jessa Slade, author of Vowed in Shadows