BioShock for iOS updated with iPhone 6 optimizations and more 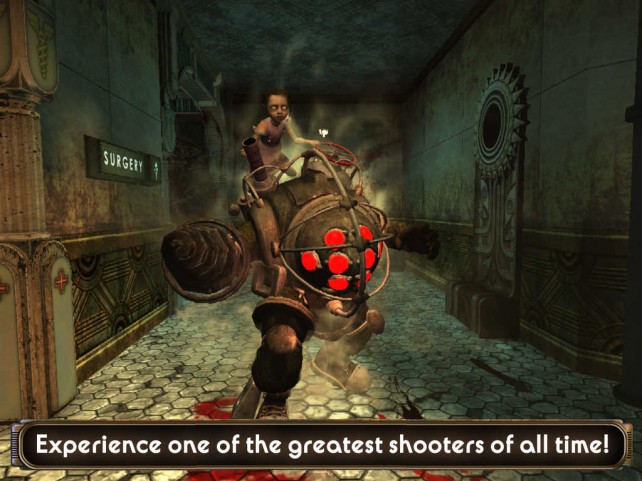 BioShock for iOS has just received another notable update.

Released late last August, BioShock for iOS is a direct yet scaled-back port of the classic “genetically enhanced” first-person shooter originally published by 2K for Windows and Xbox 360 in 2007.

Now, the latest update to BioShock is a bit more noteworthy in that it brings display optimizations for iPhone 6 and iPhone 6 Plus. It also brings updated controls, controller look inversion, and the ability to delete saved games.

BioShock for iOS is available on the App Store for $10.99.

For more information on BioShock, check out our original review of the game here on AppAdvice.

See also: Gameloft updates Dungeon Hunter 4 with new dungeons, new terrors and more, This new game lets you play Doodle Jump as DC Super Heroes beginning with Batman, and Get the most retro platformer experience on iOS with 1-Bit Hero.

BioShock for iOS updated with iPhone 6 optimizations and more is a story by AppAdvice.com
AppAdvice - iPhone, iPad, iPod, App Reviews + News
Get the latest tips & apps for your Smartphone