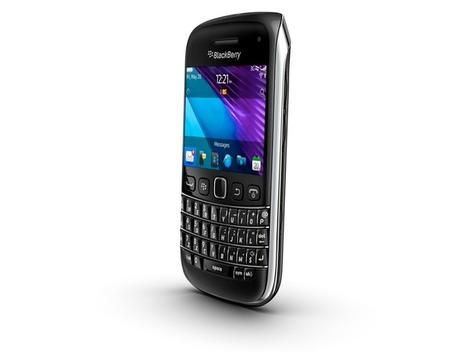 BlackBerry has unveiled the latest smartphone to join the Bold line-up, the BlackBerry Bold 9790.

Originally shown off back in June under the codename Bellagio and revealed to developers back in October, the Bold 9790 packs both a touchscreen and QWERTY keyboard, comes with an optical trackpad, BlackBerry 7 OS and a 1GHz processor.

The Bold 9790 is an update to the Bold 9780. It houses a thinner chassis which is meant to make it that little bit better in the hand.

On-board is 8GB of internal memory and this can be expanded through the microSD card slot, which will allow another 32GB.

The BlackBerry Bold 9790 is, of course, equipped with BlackBerry OS 7 – which means that it comes with support for augmented reality and NFC.

To take advantage of this, the phone will come with the Wikitude Augmented Reality app installed, so you can see where you BBM contacts are in real time.

Other apps installed include Documents To Go, Social Feeds and Facebook for BlackBerry.

There's no BlackBerry Bold 9790 UK release date as of yet but rumours are that the handset will land some time in January.

The Bold 9790 has been announces alongside the BlackBerry Curve 9380 and BBM Music for the UK.