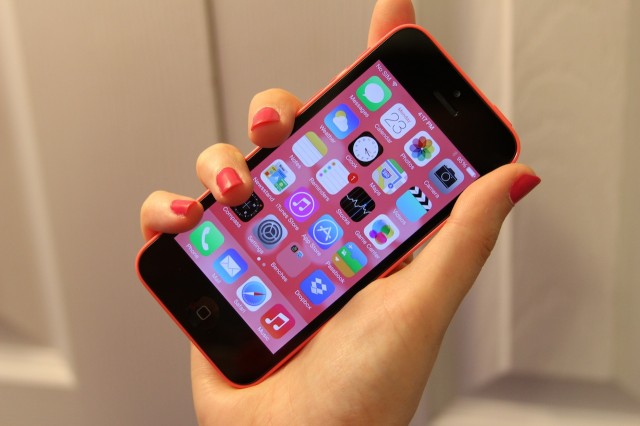 For several years now, Apple has sold three iPhones at once. There's the flagship, which has the fastest internals and shiny new hardware features like fingerprint sensors and Siri. There's the free-with-contract value option, the two-year-old phone that is showing definite signs of age but keeps kicking thanks to prompt software updates. And there's the middle child, the $99-with-contract phone that's just a year removed from being Apple's latest and greatest.

The iPhone 5C is Apple's effort to draw attention to that middle tier, which can otherwise be overshadowed by the newness of the flagship phone and the value proposition of the free-with-contract phone. For all practical intents and purposes, the 5C is last year's iPhone 5 poured into a series of colorful plastic shells rather than the aluminum-and-glass of the 5 and its true successor, the iPhone 5S. However, it's being marketed differently from any other mid-tier iPhone—if you want proof, note that the 5C (and not the 5S) is the first thing you've seen if you've been to Apple's home page since the September 10 announcement.

The iPhone 5S is absolutely the model that you should be looking at if you're a contented iPhone 4S customer looking to upgrade at the end of your two-year contract. The same goes if you're a power user fleeing another operating system, looking for the absolute best that Apple has to offer. The iPhone 5C is Apple's attempt to spruce up an existing product to appeal to new and more casual iPhone buyers, perhaps even to people who bought an iPhone 3GS or iPhone 4 for $99 or free-with-contract a couple of years ago and are ready to spring for something a little fancier now that it's time to upgrade. With that contextual information in mind, let's look at how the iPhone 5C fares in an increasingly crowded smartphone landscape.