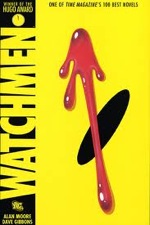 So says a report in Bleeding Cool.  The brouhaha started because DC Comics cut a deal to release 100 graphic novels on the Kindle Fire exclusively.

Well now the other shoe has dropped. I understand that Barnes & Noble executives are furious over this, specifically citing DC’s reluctance to release any of their graphic novels on the Nook Color, Barnes & Noble’s own colour E-reading device.

They contacted DC to express their displeasure, but hit a brick wall. And as a result, they’ve goine for a scorched earth policy. An email sent to stores yesterday instructs them to remove all of the 100 graphic novels listed from the shelves, including Watchmen, The Dark Knight Returns, Sandman,  Fables, Blackest Night, All Star Superman, Y The Last Man, V For Vendetta, all strong sellers for the company. You will stil be able to order the books on the website, but in bookstores you won’t even be able to special order a copy – unless your equest it delievered to your home. Copies will not be allowed to enter Barnes & Noble premises.

More at the site.