“This book continues to haunt me. This psychological thriller left my nights tormented and my days filled with trepidation…” 5 star reviewDeath By The River by Alexandrea Weis and Lucas Astor

Death By The River

by Alexandrea Weis and Lucas Astor 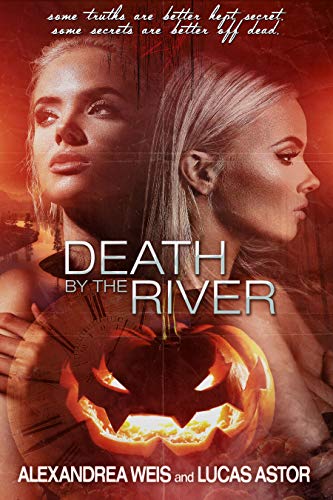 Along the banks of the Bogue Falaya River, sits the abandoned St. Francis Seminary. Beneath a canopy of oaks, blocked from prying eyes, the teens of St. Benedict High gather here on Fridays. The rest of the week belongs to school and family—but weekends belong to the river.

And the river belongs to Beau Devereaux.

The only child of a powerful family, Beau can do no wrong. Handsome. Charming. Intelligent. The star quarterback of the football team. The “prince” of St. Benedict is the ultimate catch.

He is also a psychopath.

A dirty family secret buried for years, Beau’s evil grows unchecked. In the shadows of the ruined St. Francis Abbey, he commits unspeakable acts on his victims and ensures their silence with threats and intimidation. Senior year, Beau sets his sights on his girlfriend’s headstrong twin sister, Leslie, who hates him. Everything he wants but cannot have, she will be his ultimate prize.

As the victim toll mounts, it becomes crystal clear that someone has to stop Beau Devereaux.

And that someone will pay with their life

WARNING: Readers of Death by the River will encounter situations of violence and sexual abuse/rape which could be upsetting.

“… a thrilling psychological work … Catching the current vogue of teen psycho and revenge tales like Bates Motel and 13 Reasons Why … a horrifically brilliant book … Beau Devereaux could have easily been a clichéd psycho, but the plot constructed around him and his development during the novel really shone as a masterpiece of character creation … much in the style of Dexter or Hannibal.” ~K.C. Finn, Multi-Award-Winning Author

The post <p style="text-align:center;font-weight:bold;">“This book continues to haunt me. This psychological thriller left my nights tormented and my days filled with trepidation…” 5 star review<br /><em>Death By The River</em> by Alexandrea Weis and Lucas Astor</p> appeared first on Kindle Fire on Kindle Nation Daily.