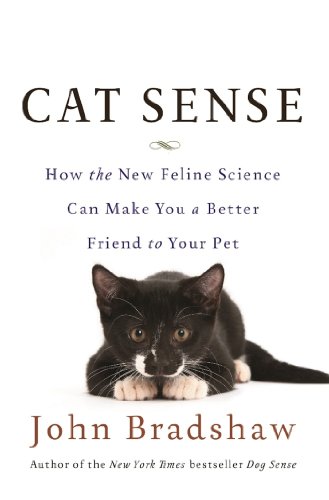 Here are some fascinating reads that have been featured in Smithsonian magazine recently.

Cat Sense: How the New Feline Science Can Make You a Better Friend to Your Pet (4/5 stars, currently priced at $9.80)

Cats have been popular household pets for thousands of years, and their numbers only continue to rise. Today there are three cats for every dog on the planet, and yet cats remain more mysterious, even to their most adoring owners.

In Cat Sense, renowned anthrozoologist John Bradshaw takes us further into the mind of the domestic cat than ever before, using cutting-edge scientific research to explain the true nature—and needs—of our feline friends.

Tracing the cat’s evolution from solitary hunter to domesticated companion, Bradshaw shows that cats remain independent, predatory, and wary of social contact, qualities that often clash with the demands of our modern lifestyles. If we’re to live in harmony with cats, Bradshaw contends, we first need to understand and adapt to their ancient quirks.

A must-read for any cat lover, Cat Sense challenges our most basic assumptions about cats and promises to dramatically improve their lives—and ours. 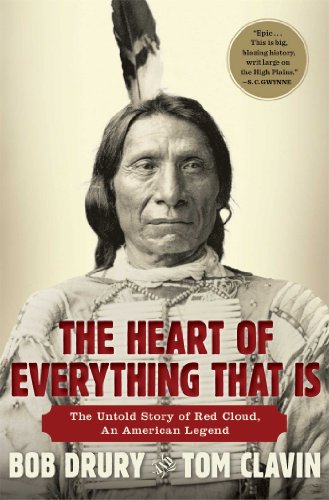 The Heart of Everything That Is: The Untold Story of Red Cloud, An American Legend (5/5 stars, currently priced at $12.74)

In the bestselling tradition of Empire of the Summer Moon, this is the untold story of Red Cloud, the most powerful Indian commander of the Plains who witnessed the opening of the West.

The great Oglala Sioux chief Red Cloud was the only Plains Indian to defeat the United States Army in a war, forcing the American government to sue for peace in a conflict named for him. At the peak of their chief’s powers, the Sioux could claim control of one-fifth of the contiguous United States. But unlike Sitting Bull, Crazy Horse, or Geronimo, the fog of history has left Red Cloud strangely obscured. Now, thanks to painstaking research by two award-winning authors, his incredible story can finally be told.

Born in 1821 in what is now Nebraska, Red Cloud grew up an orphan who overcame myriad social disadvantages to advance in Sioux culture. Through fearless raids against neighboring tribes, like the Crow and Pawnee, he acquired a reputation as the best leader of his fellow warriors, catapulting him into the Sioux elite—and preparing him for the epic struggle his nation would face with an expanding United States. Drawing on a wealth of evidence that includes Red Cloud’s 134-page autobiography, lost for nearly a hundred years, Bob Drury and Tom Clavin bring their subject to life again in a narrative that climaxes with Red Cloud’s War—a conflict whose massacres presaged the Little Bighorn and ensured Red Cloud’s place in the pantheon of Native American legends.

A story as big as the West, with portraits of General William Tecumsah Sherman, explorer John Bozeman, mountain man Jim Bridger, Red Cloud protégé Crazy Horse, and many others, The Heart of Everything That Is not only places you at the center of the conflict over western expansion, but finally gives our nation’s greatest Indian war leader the modern-day recognition he deserves. 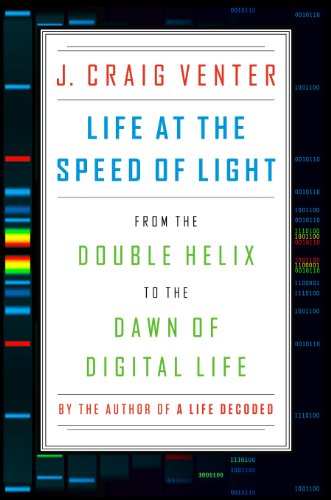 Life at the Speed of Light: From the Double Helix to the Dawn of Digital Life (5/5 stars, currently priced at $10.99)

The renowned scientist and author of A Life Decoded examines the creation of life in the new field of synthetic genomics.

In 2010, scientists led by J. Craig Venter became the first to successfully create “synthetic life”—putting humankind at the threshold of the most important and exciting phase of biological research, one that will enable us to actually write the genetic code for designing new species to help us adapt and evolve for long-term survival. The science of synthetic genomics will have a profound impact on human existence, including chemical and energy generation, health, clean water and food production, environmental control, and possibly even our evolution.

In Life at the Speed of Light, Venter presents a fascinating and authoritative study of this emerging field from the inside—detailing its origins, current challenges and controversies, and projected effects on our lives. This scientific frontier provides an opportunity to ponder anew the age-old question “What is life?” and examine what we really mean by “playing God.” Life at the Speed of Light is a landmark work, written by a visionary at the dawn of a new era of biological engineering. 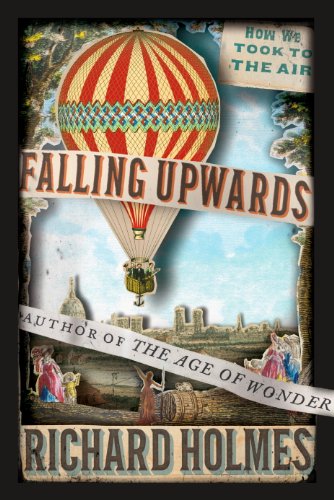 In this heart-lifting chronicle, Richard Holmes, author of the best-selling The Age of Wonder, follows the pioneer generation of balloon aeronauts, the daring and enigmatic men and women who risked their lives to take to the air (or fall into the sky). Why they did it, what their contemporaries thought of them, and how their flights revealed the secrets of our planet is a compelling adventure that only Holmes could tell.

His accounts of the early Anglo-French balloon rivalries, the crazy firework flights of the beautiful Sophie Blanchard, the long-distance voyages of the American entrepreneur John Wise and French photographer Felix Nadar are dramatic and exhilarating. Holmes documents as well the balloons used to observe the horrors of modern battle during the Civil War (including a flight taken by George Armstrong Custer); the legendary tale of at least sixty-seven manned balloons that escaped from Paris (the first successful civilian airlift in history) during the Prussian siege of 1870-71; the high-altitude exploits of James Glaisher (who rose) seven miles above the earth without oxygen, helping to establish the new science of meteorology); and how Mary Shelley, Edgar Allan Poe, and Jules Verne felt the imaginative impact of flight and allowed it to soar in their work.

A seamless fusion of history, art, science, biography, and the metaphysics of flights, Falling Upwards explores the interplay between technology and imagination. And through the strange allure of these great balloonists, it offers a masterly portrait of human endeavor, recklessness, and vision.