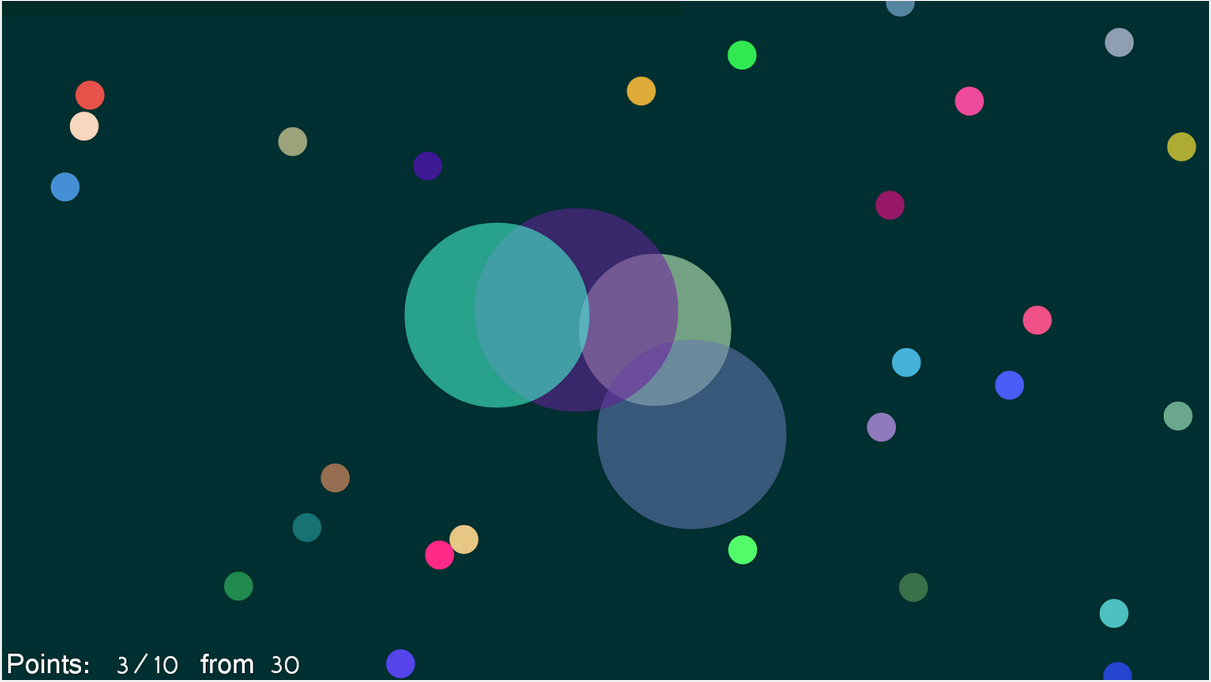 Boomshine is an addictive casual game. The point of this game is to start a chain reaction and try to explode as many dots as you can. The concept is simple, but yet catchy and addictive.

The game starts out by having a bunch of multicolored dots flying around on your screen. The most logical thing to do at this point would be to try and blow them up, right? In order to do that you must touch somewhere on your screen, hopefully in an area where you have a good quantity of those multicolored dots. As you make an explosion, your explosion grows in size causing all dots that are within the explosion radius to do the same. This chain reaction that you create is what you are being scored off of. Your goal is to destroy as many of the colored dots as you can with one blast to pass the level.

The game contains 12 levels that range in difficulty, progressing the deeper you get into the game. So far this game has had over 30 million games played by over 100,000 different players. The game offers achievements and highest score leaderboard via Google Play Game Services.

Boomshine is a free, ad-supported game, but for a $1.00 in-app purchase you can remove the ads. You can download this perfect way to pass time on the Google Play Store.

The post Boomshine, a great way to pass time appeared first on AndroidGuys.