Despite the fact that the internet and social media has made us way more connected than ever before, it’s actually way harder than ever before to meet new people. When you feel like you’ve got all of the friends in the world, why bother to make more?

Well, Bottled is well aware that there are a bunch of you out there that don’t feel that way at all, and it aims to solve that using an age old communication method: the message in a bottle.

Bottled emulates that idea on your phone, using the internet itself as the ocean. You’ll fire a message off into the ether and someone, somewhere, will receive it. This app takes things a step further though, by allowing others to respond directly to your messages.

So here’s how it works: you write an anonymous message, pop it in a virtual bottle, and send it out into the internet. It will then wash up in someone’s inbox, and if they like what they read, they can reply to you. At that point, you can start a friendship on the other side of the world.

Meanwhile, you will receive messages from other users, and can respond to those if you wish. At first, you’ll only know their first names and location, and whatever information they choose to divulge in their message. If you want to learn more, you’re just going to have to ask. 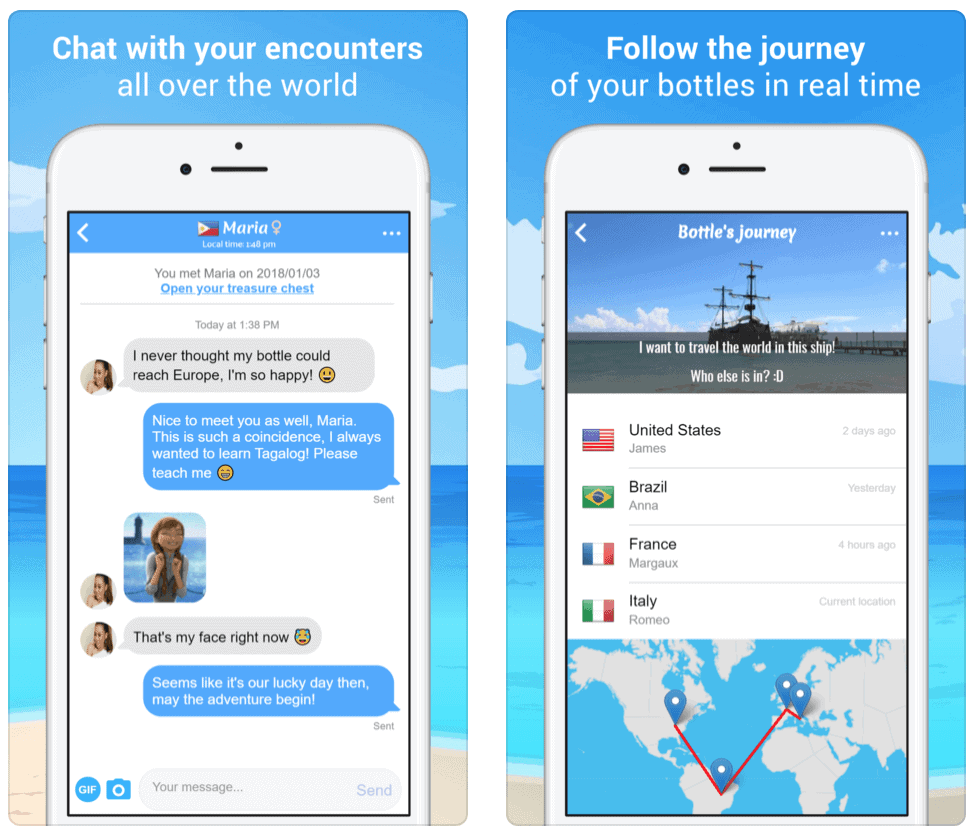 There’s lots of fun side features like taking part in quizzes to test your knowledge of the world, watching your bottles float to a new user in real time, and share photos with any friends you’ve made so far.

You can also spend gold (your cash) on useful items like more bottles, an octopus that can send your message to eight different users, or a compass that you can use to target a user in a specific country.

So if that sounds like a lot of fun to you, head on over to the App Store or Google Play to grab Bottled on iOS or Android respectively.