So, what is Chrome Duet? Well, it essentially moves the address bar from the top to bottom, making it easier to reach with one hand, which can be quite a commodity considering how large smartphone displays are these days. Having said that, this option is not activated by default, nor can you activate it through regular settings within Chrome Beta, you have to delve in deeper. In order to activate Chrome Duet, you’ll need to use your search bar in Chrome Beta, and type the following: “chrome://flags”. Once that menu is open, you’ll notice a search bar up top, type in ‘Duet’, and once you see ‘Chrome Duet’ option pop up, click the drop-down menu, and select ‘Enabled’. Once you do that, a ‘Relaunch Chrome’ button will appear in the bottom-right corner of the display, hit it. After that, you’ll probably need to wait a bit, or simply kill the app in multitasking in order to have the option activated. Simply swipe away Chrome Beta card from the overview screen, and open the app afterwards.

Once you activate Chrome Duet in Chrome Beta, you will see your search bar is still at the top of the display, but home, search button, tabs and dots menu is moved to the bottom of the display, for easier access. This is not the only change, though, once you hit the ‘tabs’ button, you will be able to scroll through tabs horizontally, and close them by swiping vertically, which is the opposite of how things were up until now. This change is not surprising, though, as that is the way things work in Android 9 Pie’s multitasking, so Google is probably looking to adapt Chrome as well. Chrome Duet will probably make its way to a stable version of Chrome in the near future, though it is still unknown whether it will be activated by default, or will Google give consumers some options regarding all that. 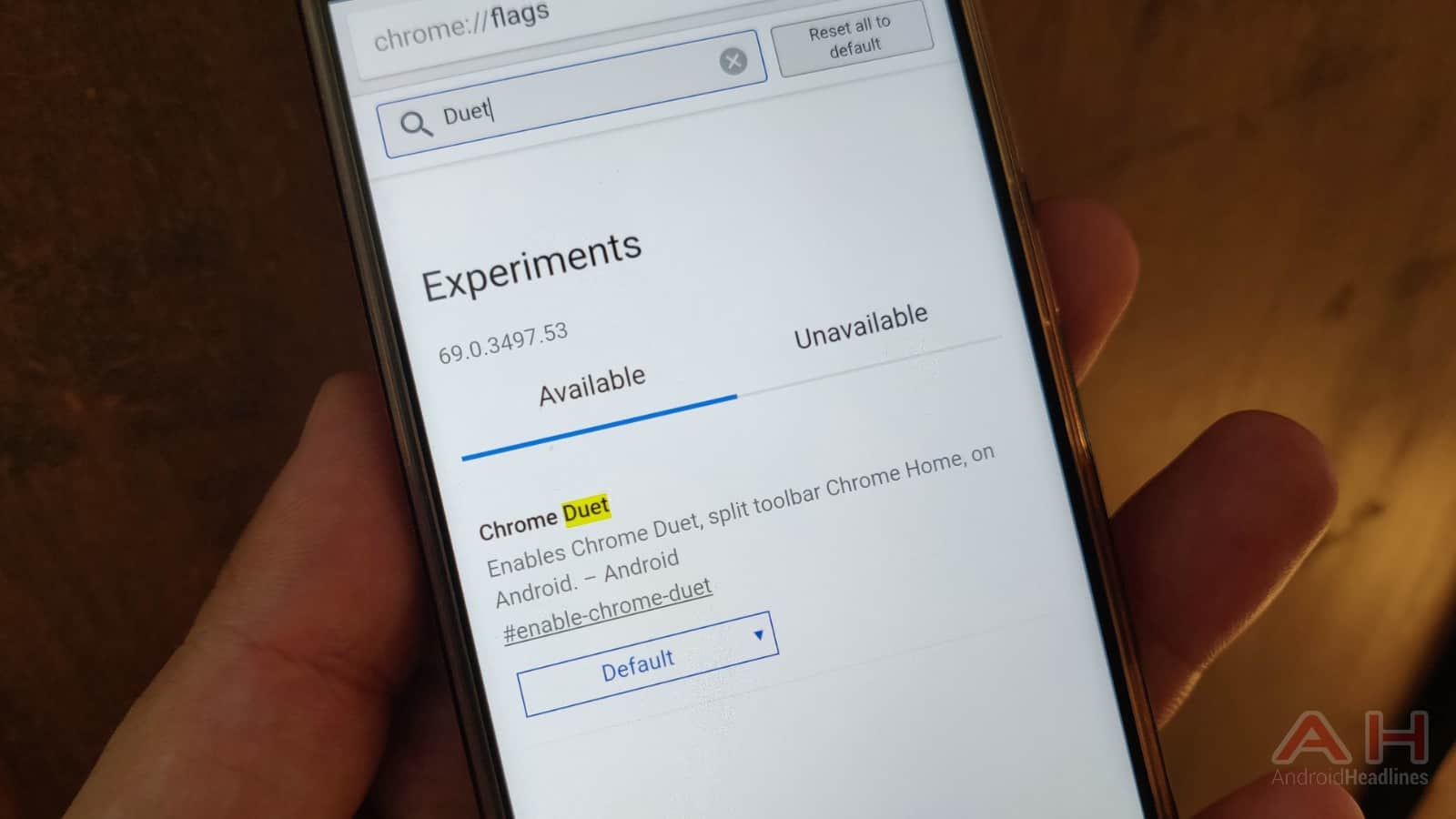