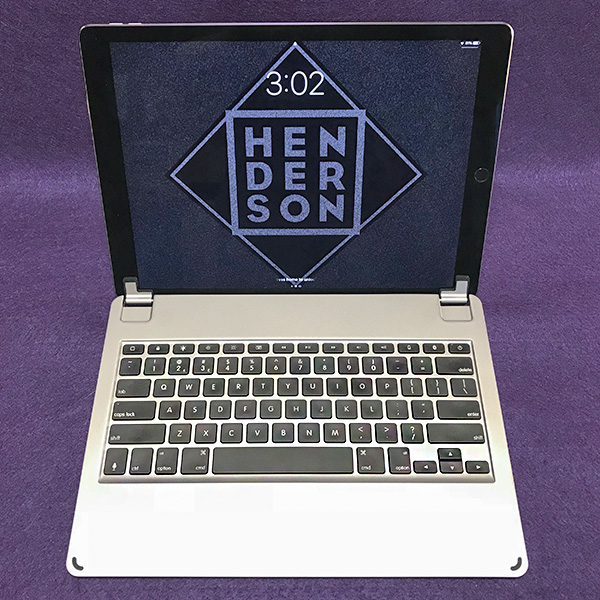 REVIEW – When I got a 12.9 in. IPad pro, I had already purchased a case for it. I’m that paranoid of dropping and ruining any iDevice I buy. The case I bought was the Speck Stylefolio Pencil Case—a great case that does not include a keyboard. I’ve never been thrilled with the choice of keyboard cases (including Apple’s), so I resorted to using a discarded Apple Bluetooth keyboard to do my typing. What I really wanted was something that was as easy to type with as my wife’s MacBook Pro laptop. I now have that keyboard—the Brydge 12.9 Series II Bluetooth keyboard. 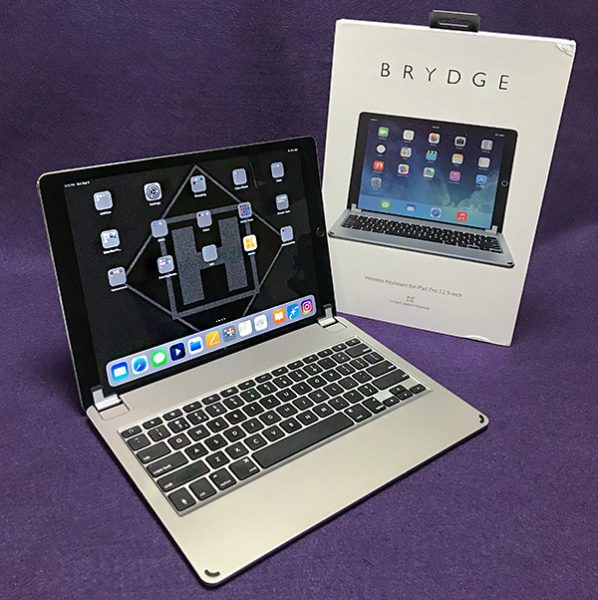 The Brydge 12.9 Series II Bluetooth keyboard is just that—a full-size keyboard for the larger iPad Pro. But it’s a bit more than that. The Brydge keyboard is so perfectly matched to my iPad Pro, that when closed, it looks just like a Mac laptop. You can feel the engineering quality as you open/close the lid or type on the keyboard. This is what Brydge calls the Series II Bluetooth keyboard. 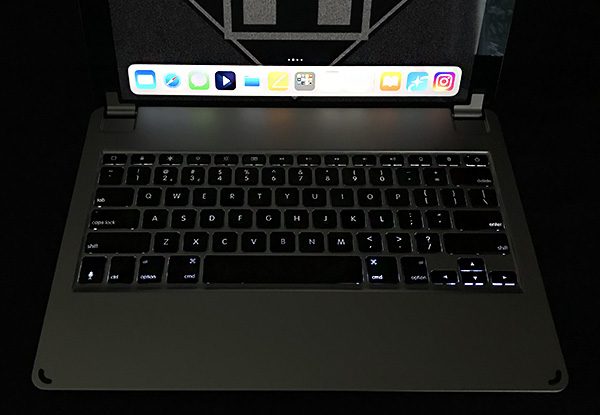 Series II improvements over Series I

If you’re familiar with how the keyboard on an Apple MacBook laptop looks and feels, you will feel right at home with the Brydge 12.9 Series II Bluetooth keyboard. When paired with the 12.9 in. iPad Pro, the combination keyboard/iPad will fool anyone except an astute person that you’re typing on a Mac laptop. The giveaway is when you start touching the screen to perform certain functions. No Mac has a touchscreen option.

Since the Brydge Bluetooth keyboard has Bluetooth 4.1, there is no noticeable lag time—typing is instantaneous. Plus, the Brydge keyboard comes with many features that make typing much faster than using the on-screen keyboard. For instance, Command-C will copy any selected text and Command-V will paste—just like a Mac. The top row of keys features keys that control screen brightness, speaker volume, play/pause, on/off and battery life. There’s also a home button that will take you back to the home page regardless of what app you’re in. Speaking of battery life, the Brydge keyboard will last 12 months between charges. Impressive. 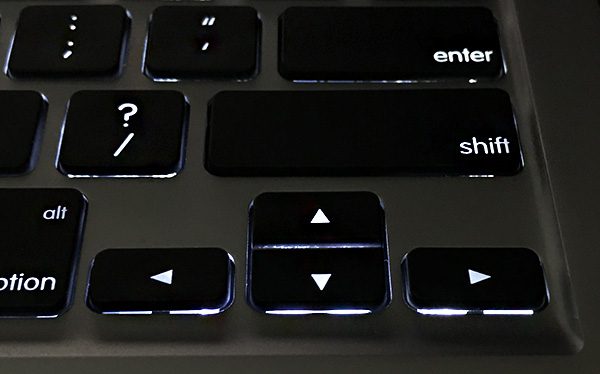 One of my favorite features are the backlit keys that can be set in three brightness levels at the touch of a key. Apple’s own overpriced keyboard case doesn’t even have backlighting. I also appreciate the directional text arrow keys. I don’t have to touch the screen to place the cursor. The arrow keys move it much more efficiently—just like a Mac. (Notice a trend here?)

One thing the Brydge 12.9 Series II Bluetooth keyboard does not have is a way to connect to the iPad’s built-in Apple Smart Connector. This connector bypasses Bluetooth completely and allows an attached keyboard to have more custom functions than is possible with Bluetooth alone. Maybe Brydge can incorporate the Smart Connector in a future version of their keyboard. Time will tell.

When the Brydge 12.9 Series II Bluetooth keyboard is open for typing, there’s a large area below the keys for resting the palms while typing. Ordinarily, this is where a trackpad would go, but Apple’s iOS does not support trackpad gestures. 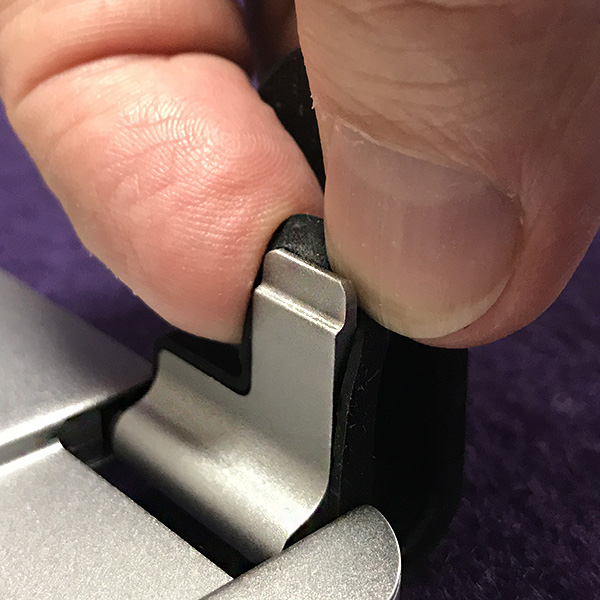 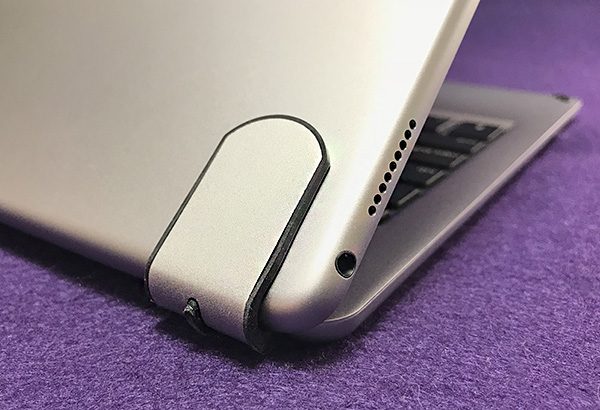 One thing to note is that the Brydge is a “clip-on” keyboard only. It is not a case and does not add any protection to the iPad, except maybe the screen surface when it’s closed. But it was never Brydge’s intention to design a case that also happens to have a built-in keyboard. Let others do that. Brydge set out to make an aluminum keyboard that perfectly matches the iPad and that’s exactly what they accomplished. 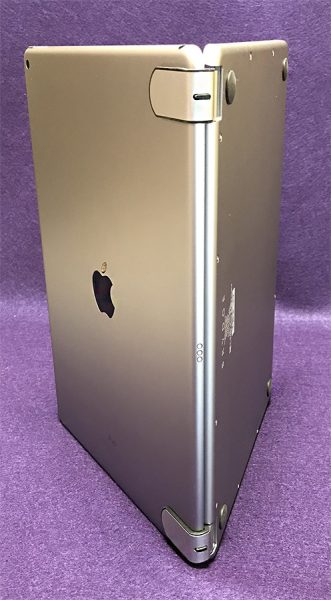 What needs to be improved 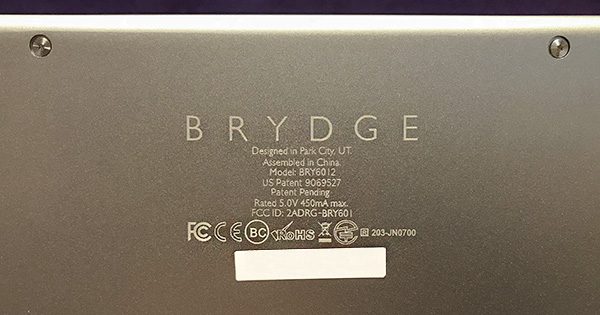 The last 3 reviews I’ve written have been typed mostly using the Brydge 12.9 Series II Bluetooth keyboard. I tend to switch between my iMac and iPad when writing reviews and the Brydge makes it much easier to jump from one to the other using Apple Pages with iCloud. It’s becoming my new—and improved—way of working. The Brydge has made my portable life more efficient, productive and fun. I may not be a quick typist, but my typing speed has noticeably improved since using the Brydge keyboard. It’s a keeper.

Price: $149.99
Where to buy: Amazon
Source: The samples for this product were provided by Brydge.