German car-sharing company Car2go has expanded its footprint in the United States with the addition of a new Home Area in Chicago. This marks the company’s first move to bring its car-sharing service to a new location in the U.S. since late 2014 when it became available to New York City residents. Chicago now became the seventh market in the United States for Car2go after the company retired from Columbus, Ohio, last month, and counts as the 24th global market where the car-sharing service is presently available.

Customers in Chicago can now reserve a Car2go vehicle for up to 30 minutes in the Home Area detailed by the map below, while longer trips outside of Chicago can also be taken assuming that they start and end in the city’s Home Area, and as long as the journey doesn’t exceed 200 miles outside the designated region. Customers can also take advantage of free parking on residential permit streets, as well as in dedicated parking spaces which can be found using a dedicated smartphone application for Android and iOS devices. The choice of Car2go vehicles include the Smart Fortwo which was part of the car-sharing service since the beginning, but customers can also opt for a Mercedes Benz GLA or CLA, both of which have been added to the fleet in the United States in January of 2017.

The expansion to Chicago comes about a month after Car2go retracted from Toronto, Canada, and Columbus, Ohio. The service was available in the former region since June 2012 and was followed by Calgary a month later, while Columbus residents used to have access to the ride-sharing service since October 2013. Chicago also counts as the first market to be added to the company’s global portfolio after a two year time period since it last expanded its reaches into Chongqing, China. Aside from Chicago, Car2go also operates in Austin, Denver, New York City, Portland, Seattle, and Washington, while outside of the United States the car-sharing service has Home Areas in various cities located in Germany, Italy, Spain, the Netherlands, Canada, China, and Austria. In the coming years, Car2go will likely have to face stronger competition in the United States as more carmakers including Tesla plan to enter the ride-sharing business, so it remains to be seen if the Daimler-owned company will continue to add more Home Areas in the country. 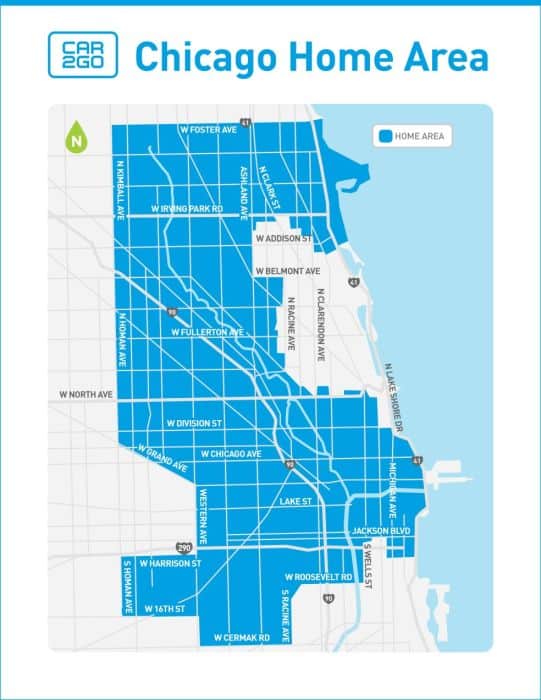