The Cartoon Network app now supports some of Apple’s newest television features on both Apple TV and iOS. The new features arrive via the 3.5.5 app update. 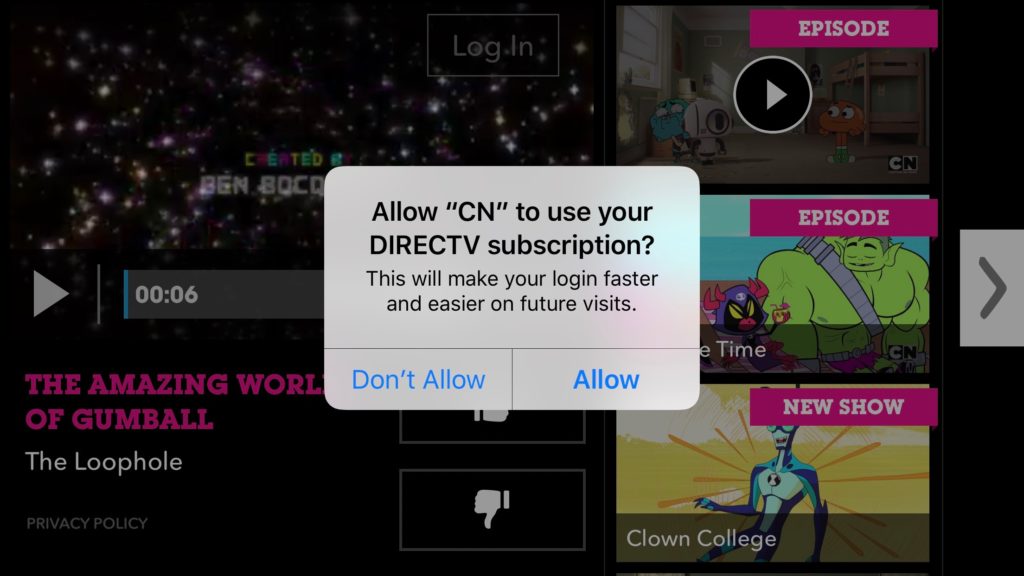 With single-sign on, you can enter your cable/satellite credentials once and access all available apps in your package.

Finally, with universal search support, Siri will now display Cartoon Network content when you use the feature on Apple TV.

First launched in 1992, Cartoon Network is owned by Time Warner through the company’s subsidiary, Turner Broadcasting System. It offers popular series like “Adventure Time,” “Steven Universe,” and “The Powerpuff Girls.”

Earlier this month, Time Warner introduced the $5-per-month Boomerang TV streaming package, which features classic cartoons and original content. That package is not yet available on Apple TV or other set-top boxes.