Samsung Galaxy S5 owners jealous over the Moto X’s new wooden back plates get some of that can also get in on the growing trend. What’s more, it’s possible to do so without breaking the bank.

We recently reviewed a case from Carved designed for the Samsung Galaxy S5. After spending a couple of weeks with the unit we found the product to be solid and more durable than expected. Weighing less than we anticipated, the case was also lighter. 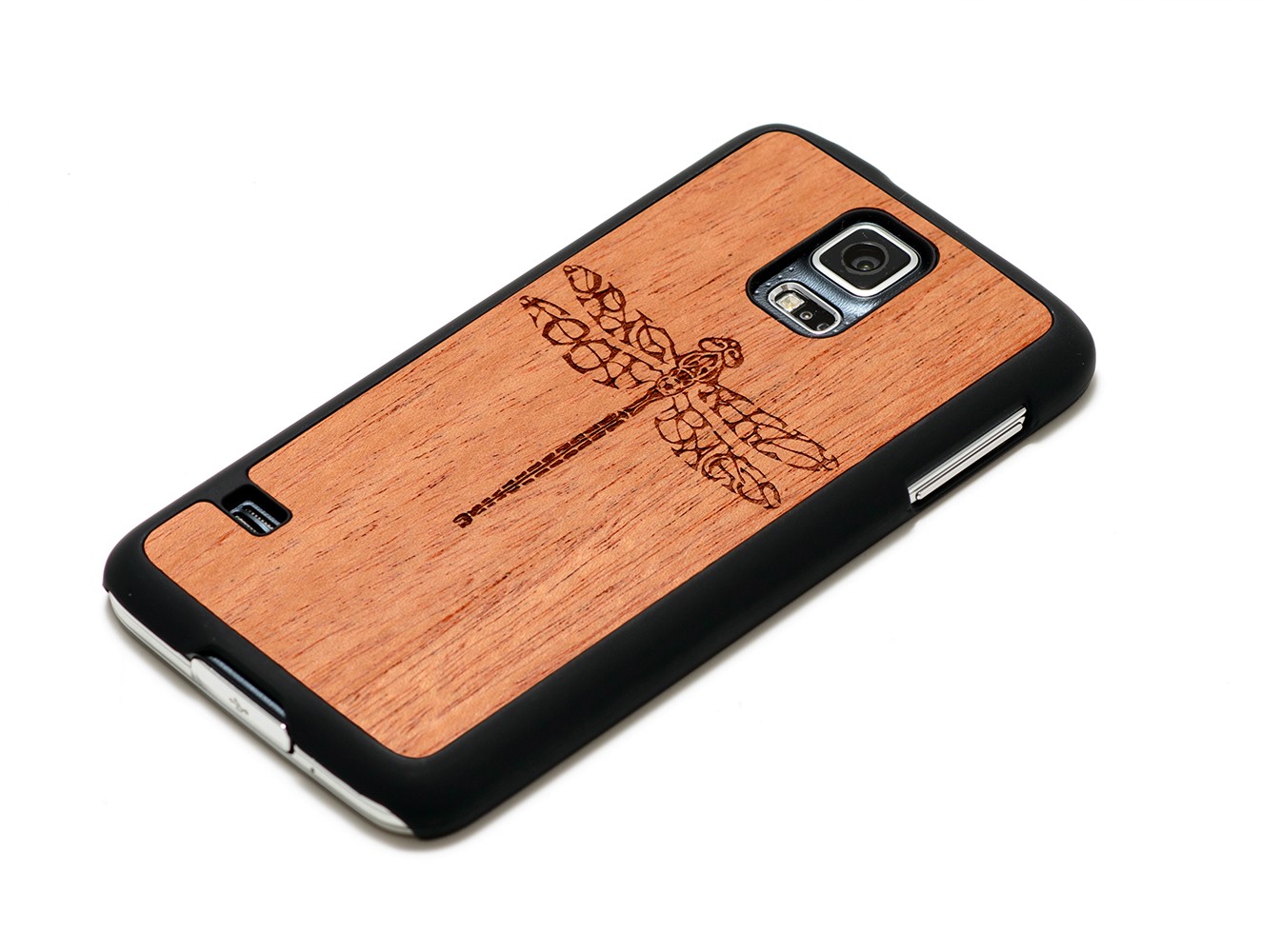 The Carved case we tested had a dragonfly on the rear; the final product was very consistent with the picture on the website. With even the most minute detail represented on the back, we couldn’t help but want to get our hands on other models. Suffice it to say, it’s very sharp stuff.

In terms of thickness and durability, the Carved is on the opposite end of the spectrum from something from, say, Otterbox. You do get protection for the edges and back of the phone however it’s more aesthetics than durability. We weren’t in any hurry to drop our phone to test whether it would keep our screen from breaking.

If you’re the kind of user who is rather careful with your phones then you’ll have no issues with Carved. On the other hand, accident prone people might opt for something more rugged.

With dozens of designs to choose from and multiple types of wood, Carved has an excellent selection for a variety of smartphones. In addition to the Samsung Galaxy S5 you’ll find Nexus 5, Galaxy S4, and Galaxy S3 cases. And, for those of you with iPhones in the house, there’s a slew of designs for those as well.

Pricing generally shakes out to anywhere from $26-$43 dollars; most we saw were in the $31 range. Swing by Amazon and you might find some of them on sale, particularly for the older smartphones.