CBS Brings the Best TV Shows on the Planet to iOS

Now viewers can watch their favorite shows straight from their mobile devices. CBS has its own proprietary mobile app that provides tons of great features, and users can get the best programs in the world at their convenience. The CBS app brings full episodes and live TV straight to iOS devices.

CBS is home to some of the best and most popular television shows on the planet, including The Big Bang Theory, Criminal Minds, and NCIS. With the dedicated CBS mobile app, users can not only watch new episodes for their favorite shows on demand; they can stream TV during primetime, daytime and late-night programming just a day after the shows air in high definition. So, if viewers have had a long week, but they missed some of their favorite shows, the CBS mobile app allows them to get fully caught up at their convenience. This means viewers can even watch their favorite shows while they are traveling or on the go. Another great feature of CBS’ digital mobile service is CBS All Access. This is CBS’ own dedicated subscription service. Users can try it free without penalty for one week; and thereafter, it’s available for only $6.99 a month. The All Access services grants users access to shows with limited commercial breaks, exclusive programs, and also live TV. That means viewers have the option of watching programs from a live feed instead of on demand. Viewers who prefer a commercial-free plan can also purchase that for $11.99 a month. 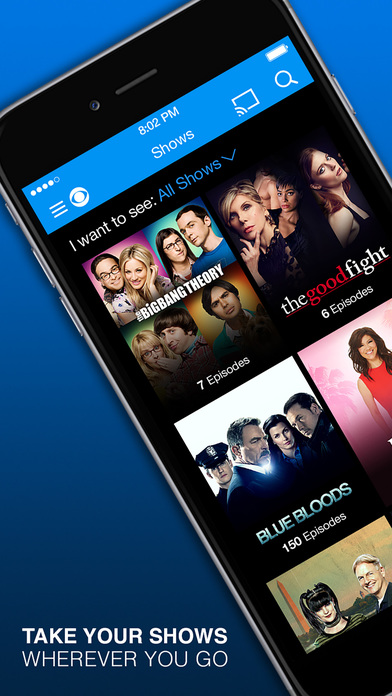 The CBS app is free-to-download, and it’s available now for iOS. CBS’ basic app features provides tons of great TV programming for free if viewers would rather not purchase a new TV subscription. The app is just a click away at the App Store.