Some owners of the Google Pixel and Pixel XL have been experiencing issues related to the integrated backup functionality of their devices as they’ve been unable to make copies of their apps, SMS messages, call history, and device settings, as well as data stored by many Google services like Calendar and Contacts. While reports of such issues date back as far as early November, shortly after the Alphabet-owned company launched its Pixel lineup, the cause of the problem has yet to be determined, Android Police reports, citing dozens of affected owners of the Google Pixel and Pixel XL who took to Google’s Product Forums and social networks to disclose their difficulties in search of a solution.

A quick inspection of numerous posts on Google’s online boards detailing backup-related issues on the Pixel devices reveals that many of those cases haven’t been resolved to date, though several representatives of the Mountain View-based giant already confirmed that the company is aware of the problem and is looking for a solution. One such thread that can be accessed by following the source link below spans almost five months, with the last post in it appearing only minutes before this writing, and is filled with owners of the Google Pixel and Pixel XL who are unable to create backups of certain data on their devices. While the issue seemingly affects a wide variety of apps and services, the most common reports of a broken backup functionality pertain to call history data on Google’s handsets.

Seeing how new reports detailing the same issue keep surfacing online on a daily basis, it’s possible your Pixel phone is also affected by the problem. To check whether your device is backing up all data it’s supposed to, launch the Settings app on your Pixel or Pixel XL, open the “Backup and Reset Menu,” tap the “Backup” option, and look for any items under the “Content” section on the following screen that are labeled as “Waiting to backup.” If you see any and are unable to trigger a manual backup, you’re likely experiencing the same issue. It’s currently unclear when Google might get to the bottom of this matter, but an update on the situation might follow shortly. 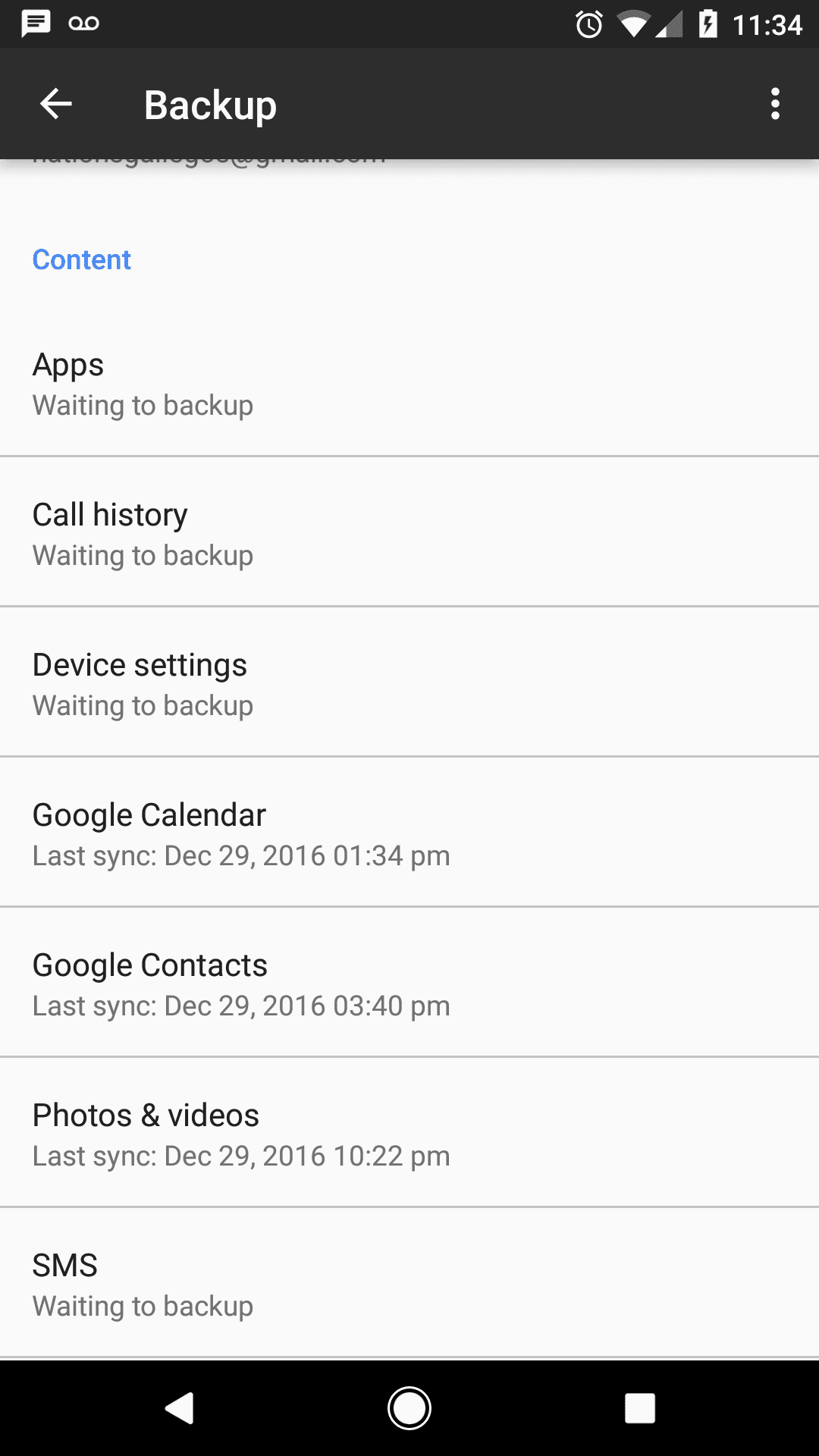