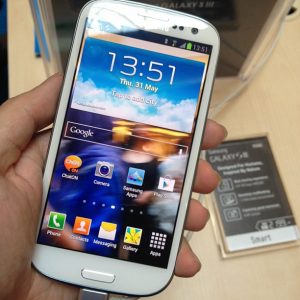 The Galaxy S III is a wonderful beast, whose 8-megapixel stills camera can also shoot video in full HD (1920x1080). So is this a triumph of technological democratisation? Is the Galaxy S III all you need to challenge the dominance of the Hollywood Studios and their ridiculous $200m budgets? After all, some movies are made on Digital SLRs these days. Read on to find out.

The answer is a definite, well, maybe. As I’ve noted in my review, the S3’s pictures are surprisingly good, and while it would be a stretch to say you could shoot "The Avengers" on a smartphone, there is a lot you can do with this tiny camera. It could certainly be a terrific little helper for blogging, web-reporting and almost anything else you might want to put on the Internet, or produce for home or office use. Obviously it has limitations, even when compared to dedicated camcorders of the same price point, so here are a few suggestions and tips for getting the best out of it.

There aren’t that many options that you change in the camera setup. (But note that some of them are only available by swapping the shortcuts on the camera screen -- touch the settings icon in the camera). Normally, I’d say turn off all the automatic controls and put everything on manual. But this isn’t a camera that’s meant to be controlled in that way, so here I’d suggest the opposite - leave everything on automatic, since it’s a real fiddle to change anything in the middle of filming.

There is an option to overlay a grid on the viewfinder, and that seems like a useful thing to do, since it enables you to check that your horizontal and/or vertical lines are where you want them to be, and that you’re only producing arty sloping shots because you’ve chosen so to do, and not because you haven’t noticed that your horizon is on the piss (a technical term used in the British film industry).

It is possible to adjust the resolution and shoot at frame sizes smaller than 1920x1080. I would suggest that you don’t do that, but always film at the highest quality. It’s easy enough to make things look rough later on, should you desire that particular aesthetic, but if they look rough right from the start, there’s nothing you can do to change it later. Garbage In-Garbage Out.

Standard advice is always to use a tripod. Of course, a great deal of production of all kinds happens without one, but it should always be a conscious decision not to use a tripod, with a reason behind it. Shots should be steady unless you have a  reason for them not to be. This is tough to do with a 130g hand-held device, it’s true, but I would say that your hands are rarely as steady as you think they are, so:

Keep still. Yes, film is all about movement, but there is a temptation with something like this to swoop around like a demented budgerigar because (at the time) it looks cool and it’s so easy to do. It will also give your viewers a headache, or make them feel seasick, and you can probably do without the dry-cleaning bills.  Smooth, planned movement is good. Movement following action is good. Static shots are also good. You need a mix.

Also, make sure you hold each shot long enough. Count to ten (at least) on a static shot. Count to five at the beginning and end of a move. You can always cut it shorter in the edit, but if you haven’t got it, you can’t make it up later. I once worked with a cameraman who had been a (very good) stills photographer. His trouble was that once he’d seen a picture, he thought that was it, which meant that what I ended up with was a series of – beautifully composed – half-second shots. It was tough to edit, I can tell you.

One thing that is a definite problem with this kind of camera is that you only have one lens, and it’s very wide-angle. That’s great when you’re close to your subject, but it means that landscapes or shots of even not very distant action or scenery are quite limited. You can see that funny lolloping dog 30 yards away. You can imagine a great close-up. But from where you are with the lens you have it’s just a tiny speck in the middle of your frame. The upside is that you can get some really interesting shots with people or objects large in the foreground. You can focus down to only a few inches from the lens, and because the lens is so wide, the depth of field is considerable. 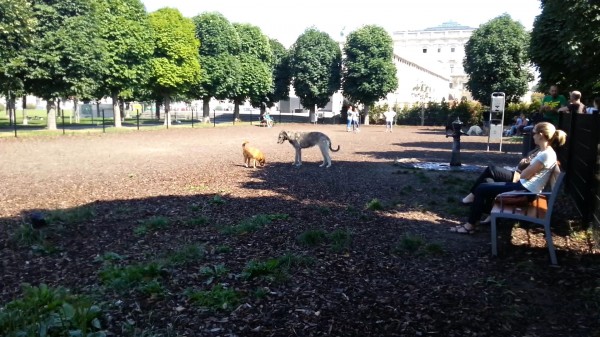 You do have a degree of control over where your center of focus is. A little square appears on the screen to show what you’re focusing on. You can drag the square to something else, which means you can make sure that your focus is where you want it to be, and even (within limits) focus on something very close and throw the background out of focus to give that big movie feel. It’s worth taking a bit of trouble over this, because things that look sharp on your phone screen might not look so crisp back home on your 60-inch TV.

The Danger of Breathing

The automatic focus is useful and effective, but if your hands shake, or you move around a lot, or the light keeps changing, it will keep looking for something to focus on. This can result in a "breathing" effect as the camera mucks around with the focus. The results won’t look good, but there’s very little you can do about it because it’s an intelligent camera, right? So if it decides it knows best, all you can do is wait until it’s had its say and try again.

All digital cameras have two main weaknesses: handling high contrast, and low light. If picture areas are overexposed, there is nothing that can save them. The information is not there. 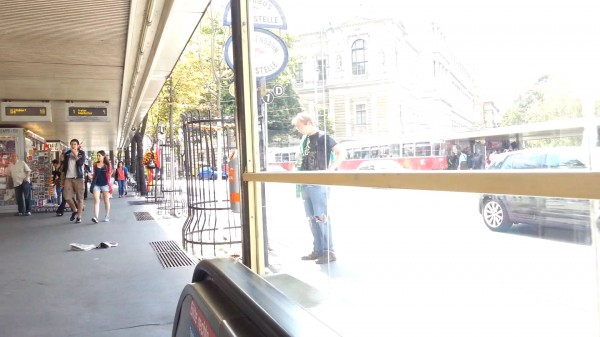 This photo is overexposed

If there’s not enough light, the camera adds gain, but the system is being driven hard and pictures will be noisy. However, given the choice, it’s better to underexpose a little rather than overexpose. It’s often surprising how much information can be teased out of the shadows -- though with that risk of increased picture noise. 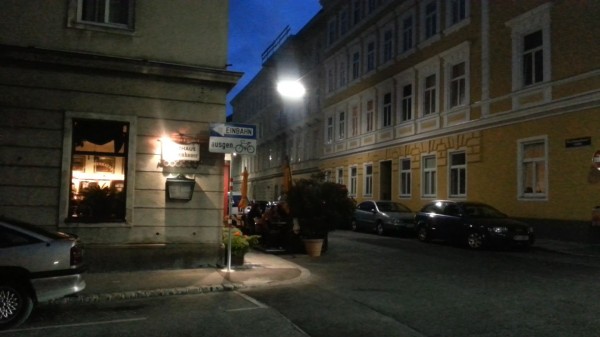 This photo is noisy

As a rule-of-thumb, the less the camera costs, the more vulnerable it is to extremes of light and dark, and sadly the Galaxy S III is no exception. Well-lit, evenly-lit subjects will provide you with the best pictures. 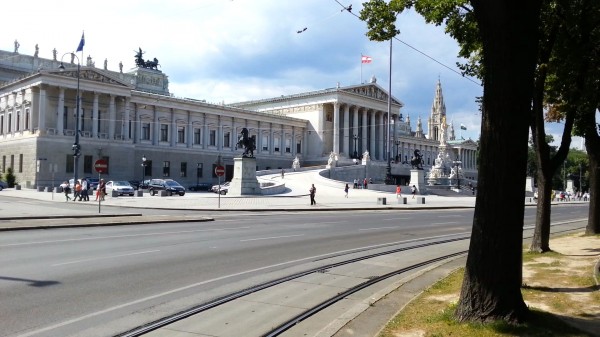 This photo is exposed just about right

Sound is the neglected kid brother of movie-making. But nothing leaves a more amateurish impression than thin and echoing audio even if the pictures are the prettiest imaginable. Now, obviously the Galaxy S3's microphone is built in to the phone and intended for close-up voice conversation and this can be a problem. If you do stick with the phone mic, then realize that what you will get will be fine for general atmosphere and background sound. It will be not too bad for voice recording within a meter or so of the phone/camera. But anything further away will very quickly become unacceptable.

For field recording you can improve matters by using an i-Microphone  (intended for Apple devices, but reviews indicate that it should work on the S3). This doesn’t solve the main problem of the microphone being in fundamentally the wrong place, but it is a better quality microphone in the first place and also has a wind-gag.

The real solution for best quality recording is to acquire a suitable adaptor such as this one from B&H Photo and use a professional mic on a longer lead. In general, the closer you get to the subject, the better the sound will be.

Alternatively, you can plan right from the start to use the live sound only as background effects, and build up your soundtrack afterwards. Whatever you decide, please think about sound from the beginning.

Although it’s possible to edit the video files produced by the Galaxy S III directly, to keep the best possible quality, encode them into a digital intermediate format such as ProRes or Cineform. This isn’t the place for long technical explanations, but in a nutshell, camera files are optimized for recording and not for editing. Any transcoding to a different file format needs to be done with care, since the imperfections of one codec can be baked in and amplified by the imperfections of a different one. Digital Intermediate codecs are designed to minimize these problems and give a high quality end result (a so-called Digital Source Master) from which any desired output format can be produced.

For straightforward cuts editing, a Digital Intermediate might be overkill and you can work with the camera files --  but render the final video out to the highest quality available. If you are planning any amount of visual effects or color correction, then you should seriously consider editing through a Digital Intermediate format.

Whatever you do, and whatever your intended end-use, stick with the highest quality you can for as long as you can. That will give you the greatest flexibility for digital manipulation and final output quality. Whatever the intended end result, it will look better if it’s encoded from a high-quality original.

What does this mean? Well, for comparison, the lowest cost camera currently approved by the BBC for full-programme HD TV production, the Canon XF300 (around $9,000 including taxes) records MPEG2 at 50MB/s with 4:2:2 color sampling, and audio is uncompressed PCM at 48KHz. Storage space is about 640MB/minute.  And though the pictures this produces are amazing for the money, they still show as not quite there if you put them up against the results from, say, HDCAM camcorders costing ten times as much with lens. You really do get what you pay for.

Putting aside the quality of the camera hardware and lens, the file format alone would preclude planned broadcast production with the S3. But do not despair. After all, every day we see news footage on TV produced with mobile phone cameras. If the subject matter is powerful and unique enough, then ideal technical standards become almost irrelevant. And we all remember the lo-fi superhit "The Blair Witch Project" (although it has to be said that it wasn’t quite the no-budget triumph it’s often made out to be. Very large amounts of money were spent by the distributors on post-production cleaning up.)

So I’d say, if you have a strong idea and want to shoot it on a Galaxy S III, then go for it. Plan to use YouTube (and similar) as your primary outlet, but who knows who might see it there and where it might end up?