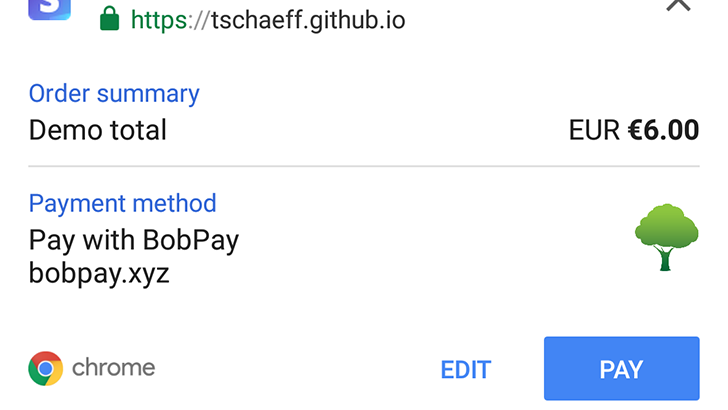 The first beta release of Chrome 68 is here, not long after the public release of Chrome 67. This version includes the new Payment Handler API, some new developments with Chrome's redirecting ad blocker, changes to web app install banners, and more.

All the way back in November, Google said Chrome would start blocking advertisements from breaking out of their frame and hijacking the parent page. These sorts of ads have become incredibly common over the past year, often redirecting the user to a phishing site or other dangerous location. Android Police even suffered from them at one point, even though we only use Google AdSense/AdX. 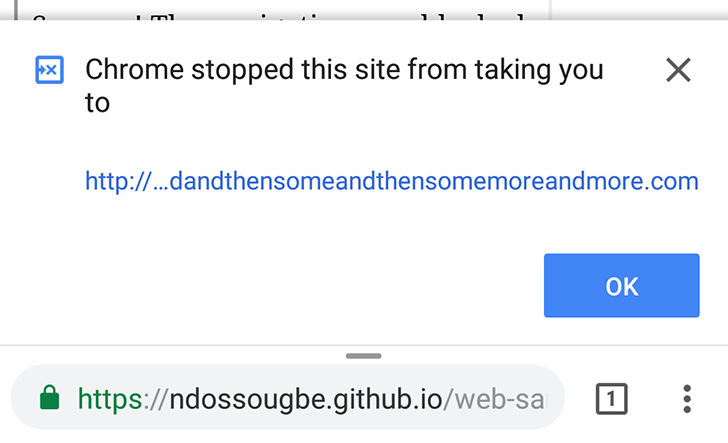 The blocker was supposed to go live for everyone in Chrome 64, but it was disabled at the last minute. Google wanted to ship it in Chrome 65, but it was delayed yet again. Now it looks like the feature might finally be enabled by default, but don't get your hopes up just yet.

While the blocker is currently listed as enabled by default for Chrome 68, the discussion on the its bug page hasn't had a comment since May. There's another discussion page, but public access has been disabled.

As such, it's hard to tell if the blocker will actually go live in Chrome 68, or if it will be delayed again. In the meantime, you can still enable the blocker for yourself, but you may run into bugs.

There's another common method for hijacking pages called 'tab-under redirects.' When you tap a link that opens in a new tab, the original tab can redirect to another page. If you remember how desktop pop-ups used to open behind the current brower window, this is the same basic concept.

While they aren't incredibly common, the Chrome team is still working on blocking them. Just like with redirecting ads, a small message at the bottom will inform the user that a redirect was blocked. Tapping on the message will open the page.

The blocker has been under development for a while, and there have been plenty of tweaks to ensure login pages and other valid use-cases don't become broken. Starting with Chrome 68, this is enabled by default.

You may have noticed how Chrome occasionally shows an 'Add to home screen' popup on some sites. The messages can be handy, but they take up a large portion of the screen, which usually just annoys users. With Chrome 68, the install banner is shrinking. 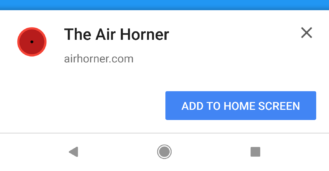 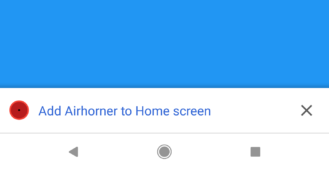 You'll also start to see the install banner much less. Right now, the bar will only appear once every three months (per web site), but that could be changed in the future. At some point, Google wants web apps to implement their own install buttons, but that won't be ready for a while.

Chrome 53, released in August 2016, added support for the Payment Request API. This meant that sites could start to use Android Pay (now Google Pay) for buying items online. Safari on iOS and macOS also support the API, but those platforms obviously use Apple Pay instead.

Chrome 68 improves on this with the Payment Handler API, which allows web apps to function as the payment platform. For example, on sites that support the Payment Request API, you could check out with PayPal even if you don't have the PayPal app installed. 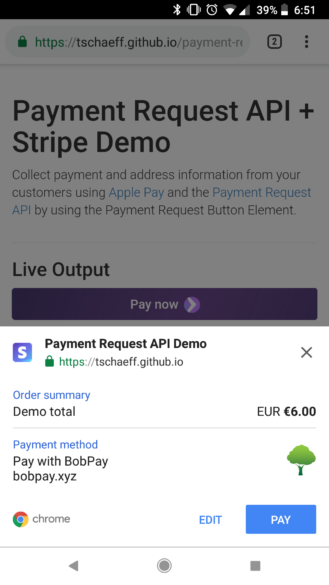 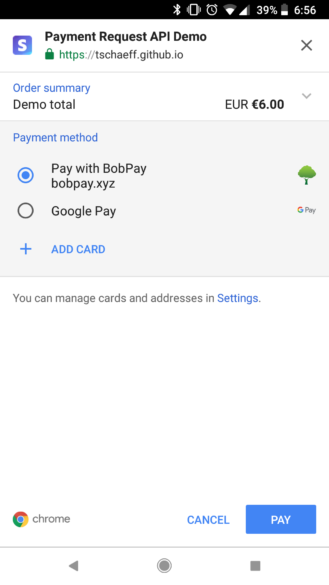 To try this out for yourself, go here to install 'BobPay' (an example payment handler), and then try checking on this demo page. BobPay shows up as a payment method, right alongside Google Pay. Now we just need more sites to adopt the Payment Request API.

Like always, Chrome 68 includes changes for both users and developers. Here are some smaller features that ship with this update.