Draconius GO made headlines last year when it stole the march on Niantic’s Pokemon GO. While it looked uncannily similar to Niantic’s hit game, Draconius GO had much more in the way of features and functionality, including PvP, better distance tracking, and more. 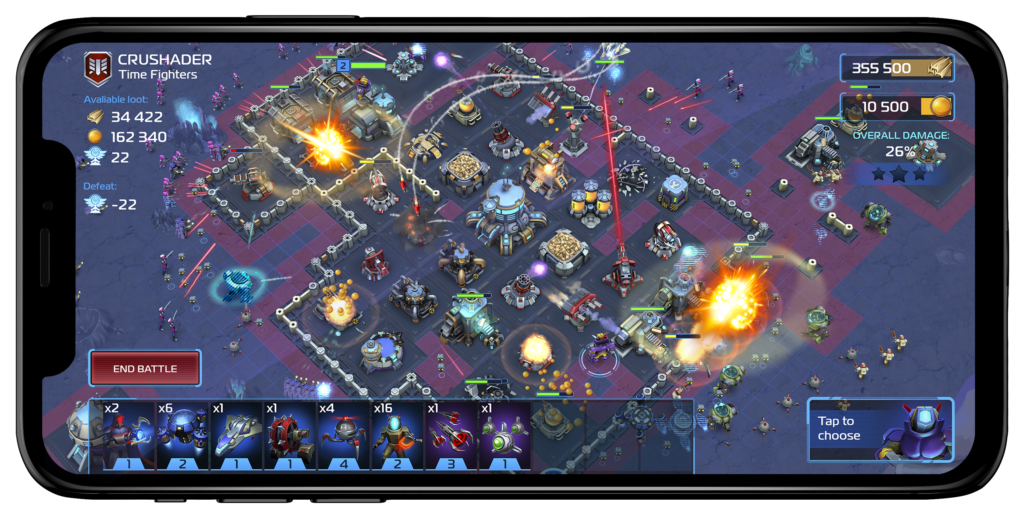 Now, developer Elyand is taking things up a gear with Clash & GO, a hugely promising title that combines AR geolocation functionality with city-building and real-time battles. You can think of it as Pokemon GO meets Clash Royale — though there’s a lot more to it than that.

You’ll spend your time building and leveling up your sprawling base, training your troops, amassing gold, unlocking new buildings, collecting modules, and waging war in tower defense-style battles with other players.

There are also Geo-objects to capture. These are either empty or occupied by other players, meaning there’s a constant global tussle for territory.

When you’re not fighting you can explore the AR map, hunting for resources, rewards, and ancient artifacts to help you dominate the multiplayer.

Clash & GO is backed up by a surprisingly rich RPG system. You’ll earn experience through battling in the PvP, which in turn will open up new skills, modules, and so on — again, all of this will help you to dominate.

However, domination is not your only goal. You can also cooperate by joining a clan, holding court on the chat, and completing group tasks with your comrades.

None of this touches on what makes Clash & GO so revolutionary, however. The real killer feature is that the game world is the real world. Wherever you go you’ll be able to capture game landmarks, build infrastructure, and influence the course of virtual history.

Elyand has an impressive record of taking established concepts and perfecting them. In Clash & GO the studio is taking things a step further by mashing two concepts together in a rich AR gaming experience that spans the globe.

You can pick up Clash & GO right now on the App Store and Google Play. Check out the game’s official site here too.