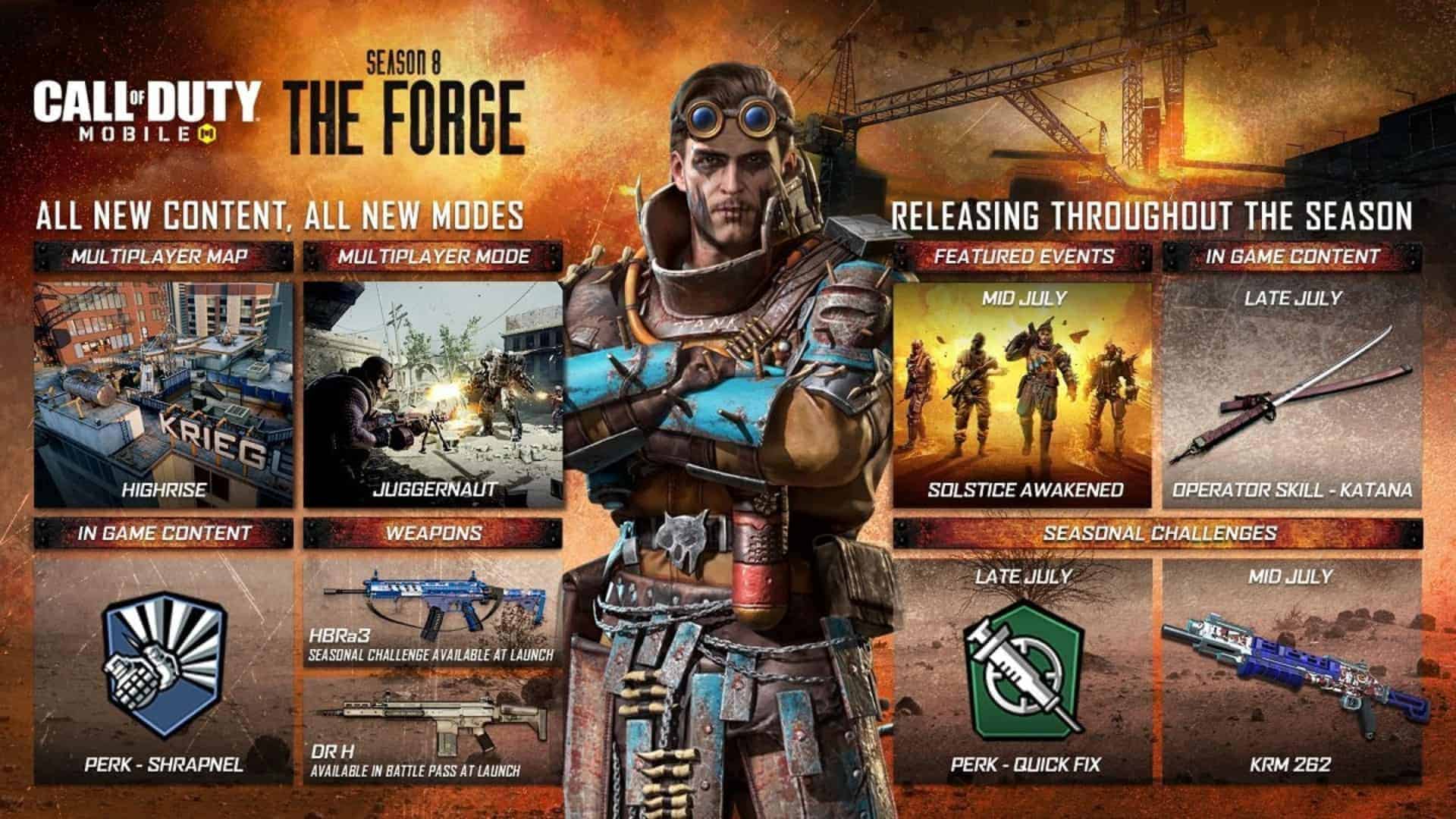 For new weapons, this update stacks the current arsenal with the new DR-H. That's a short-to-mid-range assault rifle that doles out serious damage. To balance out the higher-than-average damage, reports indicate, developers gave it a higher-than-average recoil.

There's also a new challenge from launch for the HBRa3 assault rifle with another for the KRM 262 coming in Mid-July. The final challenge, coming in late July, centers around a perk — the Quick Fix, to be exact. Of course, the team is showing off a few new skins for in-game weaponry too.

In Mid-July, the app's update will also deliver on a new "Solstice Awakened" event.

The biggest changes with the Season 8 update for CoD Mobile are going to be the new multiplayer mode, game map, and operator skill. The game's new mode is called Juggernaut. And it brings 5v1 gameplay to the forefront, forcing five players to take on one. Players aim for a score limit and take turns playing the Juggernaut, with the player who kills the Juggernaut taking on the role.

There's also a brand new map to play for those who want to check out the new mode first. That's dubbed Highrise and, as its name implies, takes players to the top of a skyscraper that's still under construction. The middle-sized map offers a healthy mix of combat types and a multi-floor layout. Aside from Juggernaut mode, it also works with Undead, Kill Confirmed, Team Death Match, Search & Destroy, and Domination modes.

Finally, users can now utilize a new Katana operator skill. As with the new map, the name here says it all. Users take on other players with a Katana, with single-strike kills. Once activated, everything shifts to a third-person perspective. Some of the balancing for Katana includes the ability to activate even through smoke. That's offset by the fact that gun damage and other ballistics remain unchanged while Katana is active.

You can get the Season 8 update for CoD: Mobile now

This update is already live and rolling out to end-users now and there's a healthy mix of free and paid content to be found. This is easily among the best titles on the platform, let alone one of the best shooters. So new users and old alike will want to head over to the Google Play Store ASAP to download the game or the update.