Comparing PS3 and PS4 specs: what it means for everyday use

PlayStation 4 is obviously going to be a much more powerful system than its predecessor. But, PS4 will improve upon many other facets of the system beyond just prettier graphics. By looking at Sony's officially released documentation [PDF] on PS4 specifications, we can see some of the more subtle changes coming to Sony's next console.

For example, the Blu-ray drive gets a significant boost on PS4. The slow 2x drive found on PS3 proved to be a bottleneck for some games, as its 9MB/sec transfer rate was actually slower than the DVD drive found on Xbox 360. While Blu-ray can store many times more data than DVD, the slower transfer rate meant that developers had to deploy many tricks to compensate. For example, many developers opted to have large HDD installs which led to Capcom's infamous advice to "go make a sandwich and grab a soda, then come on back" during a PS3 game installation. With the 6x drive of PS4, we may never have to sit through lengthy mandatory install screens ever again.

PS4 comes equipped with USB 3.0 ports, which were unavailable when PS3 launched in 2006. The upgrade enables significantly higher transfer speeds (up to 4.8Gbps). A potential benefit could be the ability to reliably use external hard drives to expand PS4 capacity. Although PS3 allowed users to open the chassis and replace the hard drive, many will likely prefer the simplicity of plugging in a USB 3.0 hard drive instead.

In addition, USB 3.0 can transfer up to 80% more power, which will be especially helpful in charging any USB-powered accessories. Recharging a DualShock controller, for example, should be a far more speedy affair. 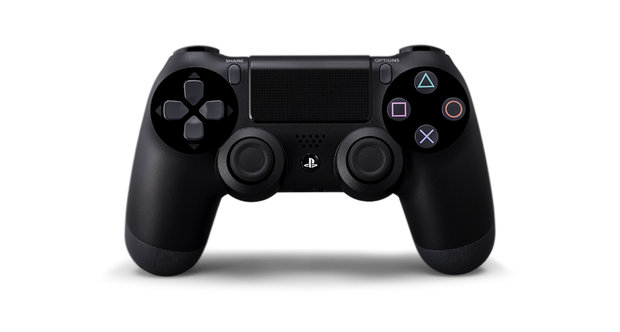 Although every PS3 includes wi-fi built-in, it is notoriously slow. Try plugging in your PS3 directly, and you'll see download speeds more than double. Sony's upgraded the network support in PS4 by providing a card that not only supports the 802.11 b and g standards, but the new n standard as well. This should result in significantly greater speed and range for those that opt to use PS4 wirelessly.

PS4 includes support for Bluetooth 2.1. While a miniscule numeric jump from PS3's support for 2.0, the improved functionality should make it much easier to pair devices with the PS4. Crucially, the 2.1 standard allows devices to pair via NFC. Sony's "one touch sharing" feature was a big talking point during the company's CES keynote, and it would be incredibly surprising if similar functionality wasn't included in PS4.

Sony's upgraded DualShock is loaded with added functionality, from a touch pad to PlayStation Move-inspired motion controls. DualShock 4 will likely consume far more power than its predecessors--but the controller has a heftier battery to help compensate. DS4 features more than 60% greater battery capacity than DS3, but weighs only 0.6 ounces more. While initial prototypes of the controller appeared bulky, it appears holding the DS4 will not be unlike using a DS3.

Here's another picture of DualShock 4, because we don't know what the PS4 looks like

With PS4 incorporating many of the tech advances that have occurred since the launch of PS3, using Sony's next home console should be far easier, and far more connected. Of course, many questions still remain regarding the hardware. For example, how many USB ports will there be (and will any be located behind the system)? Will the box still include composite cables instead of HDMI? And most crucially, how much will this all cost?