Cortana For Android Adds Option To Set As Default Assistant

This does of course mean that the Android device owner will be replacing the device’s in-built digital assistant. Which for newer Android devices, is likely to be the Google Assistant. So depending on whether you prefer Cortana’s way of doing things, will likely determine whether this feature is for you or not. In either case, there is no necessity to assign Cortana as the default assistant, as the user can always leave the current default Assistant in place and just use Cortana as a tap-to-launch app. Alternatively, or in addition to using Cortana as the default assistant, Cortana does also offer the option of making it available on a device’s lock screen. A feature which became available back in March of this year. The option to set Cortana on the lock screen, or as the default assistant, can be set manually by opening the app, clicking on the user’s profile icon (top right corner), and heading through to the settings tab.

Besides the ability to set Cortana as the default assistance, the Google Play listing also notes that the update brings with it an improvement to the “calendar consistency across PC and phone.” As well as improvements to the app’s performance in general. The Google Play Store listing is showing the update as having gone live yesterday, June 15. Therefore, those who already have the app installed, should expect the update to arrive anytime now, if it has not arrived already. Those who would like to give the app a try, the latest version of Cortana for Android can be downloaded through the link below. 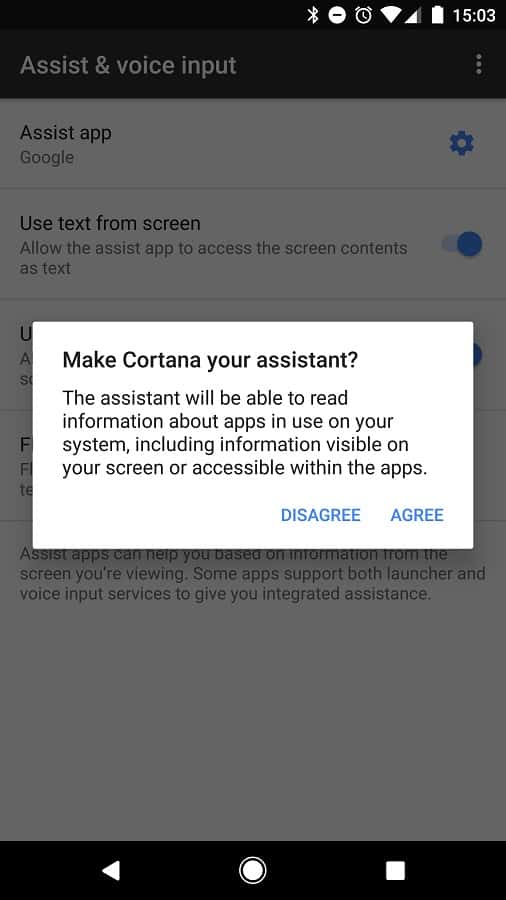 The post Cortana For Android Adds Option To Set As Default Assistant appeared first on AndroidHeadlines.com |.