This could be the Redmi 9

After a spec-sheet leak last week, a live image of the Redmi 9 has popped up in all its glory. The Redmi 9 series which is rumored to have three devices is likely to launch in Vietnam on June 25. Redmi series of phones is a popular lineup in the Asian market owing to its aggressive price point. And it looks like Xiaomi is already gearing up for a refresh.

Latest leaks show the alleged Redmi 9 having two colour variants - Green and Purple. The images were first seen on Chinese social media platform, Weibo, and have a quad-camera setup reminiscent of the Redmi Note 8 Pro. 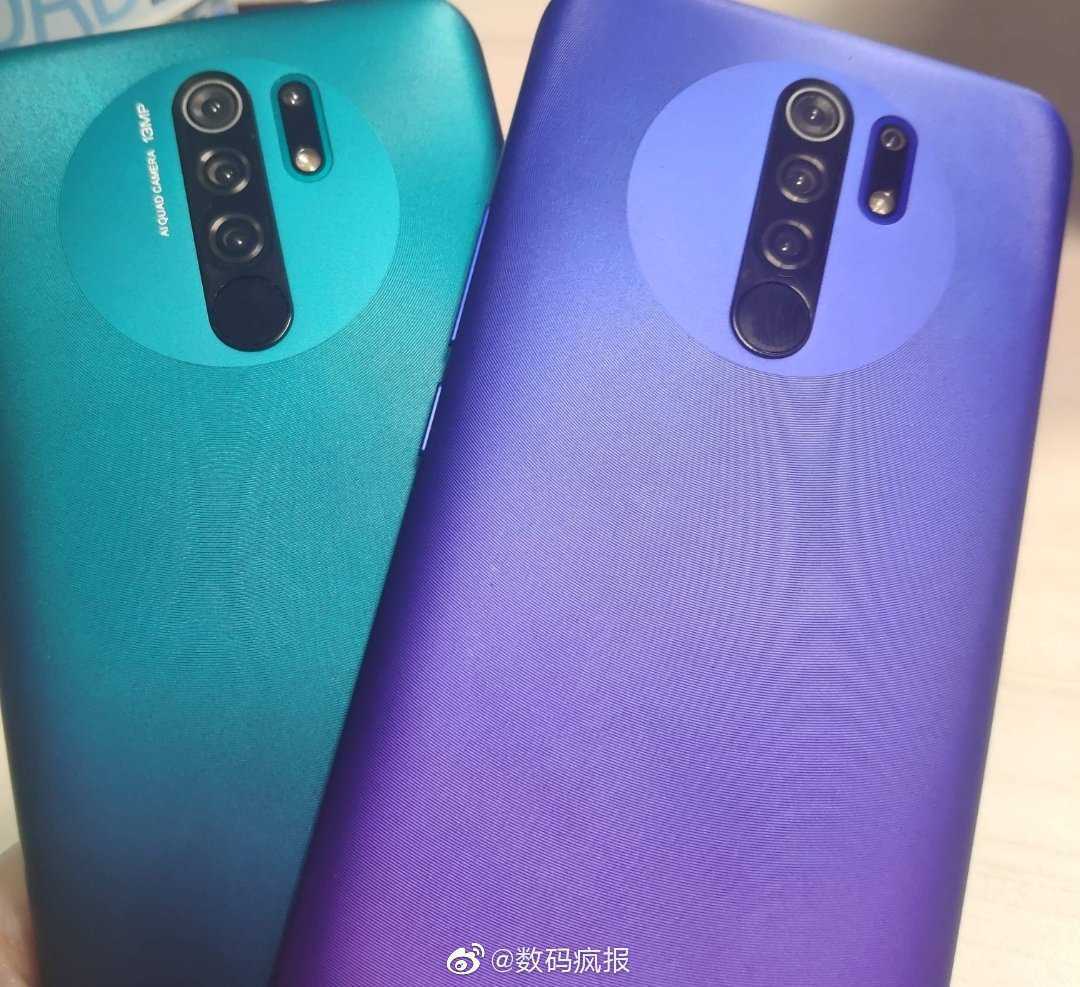 However, one of the images has an AI 13MP quad-camera logo on it while the other doesn’t. There is a triple-camera setup stacked vertically along with a fingerprint sensor with an LED flash and the fourth camera besides them.

The Redmi 9 from above will feature a Mediatek G70 SoC. The rumoured display is a 6.53-inch  FHD+ LCD display with a 2400x1080 resolution. This is a welcome change for a budget Redmi phone, if the leaks turn out to be accurate.

Apart from the main 13MP camera, it will likely have an 8MP, 5MP and a 2MP sensor. Front selfie camera could be a 5MP sensor however, the front of the device has not been leaked yet.

Additionally, Xiaomi introduced the  USB-C last year in the Redmi 8 and this is likely to continue going forward. The device is said to have a 5,000mAh battery, 3.5mm headphone jack and an IR blaster.

Interestingly, so far only one variant of 4GB RAM and 64GB storage is being speculated. However, we are not sure if the Redmi 9 will have lower storage models.

The Redmi 9 will also have a Dual nano SIM along with micro SD slot for expansion up to 512GB storage. Price rumoured is around 180 euros. As for the launch, the Redmi 9 series is rumoured to debut on June 25 in Vietnam.