Courtney Hamilton is a Velveeta-loving attorney driven in a city that seethes with soul-sucking status seekers… Is fake cheese the only genuine thing left in the city? Almost Royalty: A Romantic Comedy…of Sorts By Courtney Hamilton 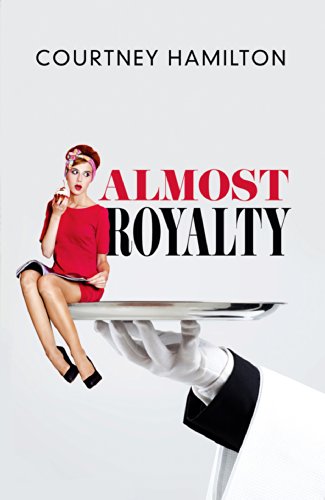 Courtney Hamilton is a Velveeta-loving attorney driven to distraction by a city that seethes with soul-sucking status seekers. When her friend Marcie formulates an impossibly detailed rating system for acceptable men—the Los Angeles Eco-Chain of Dating—Courtney goes on a self-destructive binge that doesn’t stop until she gets thrown out of group therapy for insulting a former child actress.

Courtney is mortified as she watches her best friends give up stellar careers in law and the arts to marry entertainment royalty and civilian overachievers. Worse, they expect Courtney to do the same. So they hatch plots to get her to give up her career, break her addiction to fake cheese, marry into high-orbit wealth and rule the stratosphere alongside them.

But Courtney resists. She doesn’t want to be a poster child for the Opt-Out Generation. And she certainly doesn’t want to be molded into date bait for the top rung of L.A. society. All Courtney wants is to be left alone so she can search beneath the surface for a meaningful life. But between a meddling, narcissistic mother, a self-absorbed therapist and friends trying to send her to dating re-education camps, it seems that fake cheese is the only genuine thing left in the city. Social ambition combats self-actualization in this biting tale of one woman’s search for certainty in a city full of mirages.

Rave Reviews For This Hilarious Best Seller in the Women’s Fiction Category:

Tina Avon – Bookshipper
“This book was hilarious and wonderful at the same time.”

Theresa Ramcharan
5 stars. “I was sorry when the book ended and I hope there’s a sequel!”

Debbie – Bookish
“So laugh out loud funny, I couldn’t put this one down!”

Courtney Hamilton is a Velveeta-loving attorney driven in a city that seethes with soul-sucking status seekers… Is fake cheese the only genuine thing left in the city?
Almost Royalty: A Romantic Comedy…of Sorts By Courtney Hamilton