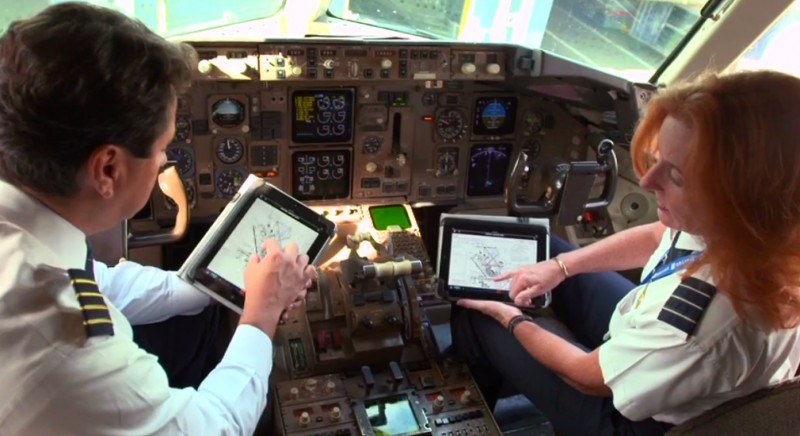 "We fought hard for iPad," a pilot working for the airline told AppleInsider. He described the Delta deal as being about money, travel contracts, and Delta's Information Technology staff historically being "in bed" with Microsoft.

Microsoft stated in its announcement that it would save the airline $13 million per year in "fuel and associated costs", with the company's upcoming Surface 2 running on the Windows 8 RT 8.1 platform offering "real-time access to essential tools and the most up-to-date flight-related resources including key charts, reference documents and checklists".

The announcement comes after a number of other airlines and military divisions have begun testing iPads to replace heavy flight bags, including United, American, the U.S. Air Force and the U.S. Marine Corps.

While airlines have been looking to embrace the use of mobile devices in the cockpit, the industry has been divided over personal electronics usage by passengers during takeoff and landing. A Federal Aviation Administration advisory committee, however, recommended the relaxation of electronic device restrictions on commercial aircraft just last week.