It may not sport a bigger screen or a different design, but the iPhone 4S is certainly a step on from its predecessor, although much of the attention will be focused on just how big that step is.

Sporting the already-lauded A5 processor, improved aerial signal and a better camera, the hardware changes to the iPhone 4S from its predecessor the iPhone 4 are by no means striking, and it is difficult not to feel a little underwhelmed that an incremental increase has been 16 months in coming.

However, the Siri personal assistant software is likely to capture the headlines, the photographs we took from the new 8 megapixel camera may well convince us to throw away our compact camera and the big improvements in graphics and processor power could lead to some enticing opportunities.

We're not going to dwell on the design of the device - it's identical to the iPhone 4, so check out out hugely in-depth review to see how the hardware handles in the hand.

It is Siri that raised the temperature at the launch event more than any other feature, so it seems that the personal assistant is the natural place to start.

Voice control is by no means a new concept, but interpreting what has been said and working out the context is something that has not been fully explorer on a mobile device.

Google is doing great work with its own voice software, but Siri appears to have taken things, for now at least, to a new level.

Why? Simply because it seems remarkably good at interpreting instructions and turning them into actions.

Siri is not integrated into everything that the iPhone 4S does – but it does link up with some key features, allowing it to be a significant feature and not a cheap gimmick.

Demanding Siri to, for instance, set up an appointment for 9am on Friday not only creates the appointment, but checks first if you are free and tells you if you have a clash, offering the chance to change your mind.

Asking for a Wikipedia search brings the information fast, and the Wolfram Alpha integration means that you can get precise answers to mathematical problems and on things like currency and weight conversions.

The feature also integrates into the new task list in iOS 5 (more on that later) which means you can set up action points not only for times and dates, but also when you leave a 'geo-fenced' area.

For example, asking Siri to set a reminder to buy your wife a card when you leave your workplace will do just that. It's a powerful mechanism and one that moves from 'cool, but something you won't use after trying it once' to 'actually something useful'.

There are also some slighty twee but satisfying Easter eggs. Ask Siri who she/he is brings up "a humble personal assistant" asking it the meaning of life was met with "To answer questions like these".(Although the obvious answer is 42, right?).

It's a very nice integration of something that any sci-fi buff has been expecting on their personal communicator for some time now, and, although even Apple are clear that it is not perfect, it is a tool and not just a fad.

Of course, whether you can get over looking like a madman or a tool by talking to a robotic-voiced device is another question entirely.

Moving on, Apple is also keen to point out that the aerial issue which tainted the launch of the iPhone 4S' predecessor – the iPhone 4 – is not likely to be repeated, with dual aerials in the 4S which can automatically switch to bring a faster and more stable signal.

We can't actually tell you if this is noticeable, because we were only able to use the phone on WiFi, but we look forward to testing this out in our full iPhone 4S review later this month.

The camera is certainly an improvement; backed up by a very good processor and a decent sensor, along with some interesting software options, it is clear that the snapper on the iPhone 4S is going to convince some that the time is ripe to buy a DSLR for holidays and rely on their phone for everyday photo tasks.

8MP snapper: A shot from the iPhone 4S camera

The video camera is now capable of filming in true HD 1080p; given the iPhone 4's video functionality was laudable, this means that flip cams and even cheaper video cameras might need to watch their rear viewfinders.

Last, but not least for the hardware was the arrival of the A5 processor – which has previously been busy making the iPad 2 the most popular tablet on the planet.

This not only brings double the processing umph, but also a significant graphics upgrade; seven times better according to Apple's tests.

What does this actually mean for the user? Well, loading apps is definitely snappier, and there was no discernable lag in the games we played, but we might well have to wait until some more demanding titles arrive in the App store before we can truly gauge what we expect to be a significant impact.

Onto iOS 5 which will be sported by the iPhone 4S at launch and also coming to the iPhone 4 and iPhone 3GS and brings some significant changes.

The most immediate improvement is the change to the way in which you are notified of text messages, emails, tweets and other events.

Instead of hidden away in apps or limited to a single update, the notifications centre shows when your handset is locked and, when you get a new alert, can be swiped down from the top to check out what has happened.

Notifications are something that the rival Android has been better at pretty much since launch, and it will be a relief to Apple fans that their devices now have this remarkably similar functionality.

Another useful addition is the 'To do list', which allows you to schedule events by time, date and even as you arrive or leave locations.

This is potentially hugely useful as our phones become a proper PDA, tied into the cloud, with knowledge of our location and able to look at our calendars and schedules - and when you factor in Siri, the potential is clear.

The popularity of magazines through Apple's current iOS means that a revamped 'Newsstand' brings a more natural home for your subscription.

This means easier access and a straightforward shop for more offerings all wrapped up in the now familiar Ikea-esque bookshelf that we've seen before with the iBooks app.

The much-derided gamescentre has also been given a lick of paint – although the full impact of that is not easy to ascertain yet - and iMessage lets you chat with any iOS 5 contacts over Wi-Fi or 3G, in the style of BBM.

Deep Twitter integration will be welcomed by those with a 140 character obsession. You'll be able to post pictures, videos and links from the iPhone to the micro-blog much more easily.

And Safari has been boosted with the arrival of Reader; which lets you strip out the body text and key pictures from any website and display them in a n arguably more readable format on your phone.

Another more minor but crucial update is to the camera software that lets you access the camera from the lock screen, (finally) snap a picture with the volume up button instead of from the screen itself and add grid lines for composition.

Once you've taken the photos, you can organise them, enhance with a tap, crop and rotate, and remove red-eye all without leaving the photos app.

Last, but very much not least, is that the new iOS 5 supports over the air updates -which means you can buy the new iPhone and never need to connect it to a computer to get up and running.

Even better, when you are on WiFi you can update to the latest version without having to worry about tethering it to your machine.

AirPlay is present in the latest iPhone 4S, a feature that has impressed on prior devices and allows you to stream to your other (AirPlay enabled) devices.

Also significant is the arrival of the iCloud system which will makes the latest iPhones much more cloud and data friendly. 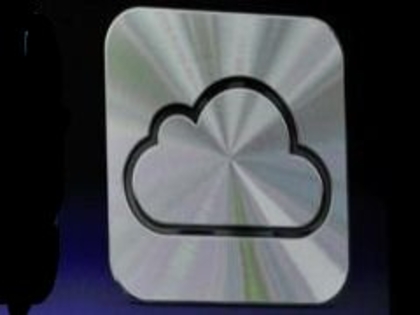 All in all, the iPhone 4S lives up to its billing as the best ever iPhone, bringing it a clear step up from the iPhone 4.

Many with that handset will question if the upgrades are worth it, and that's something that could impact on the iPhone 4S – especially if people feel that they should hang on for an iPhone 5 instead.

But with Siri, an awesome new camera and a powerful new processor, this is clearly once again the phone to beat for the competitors – even if it has not managed to put as much fresh air between it and the chasing back as other upgrades have managed.