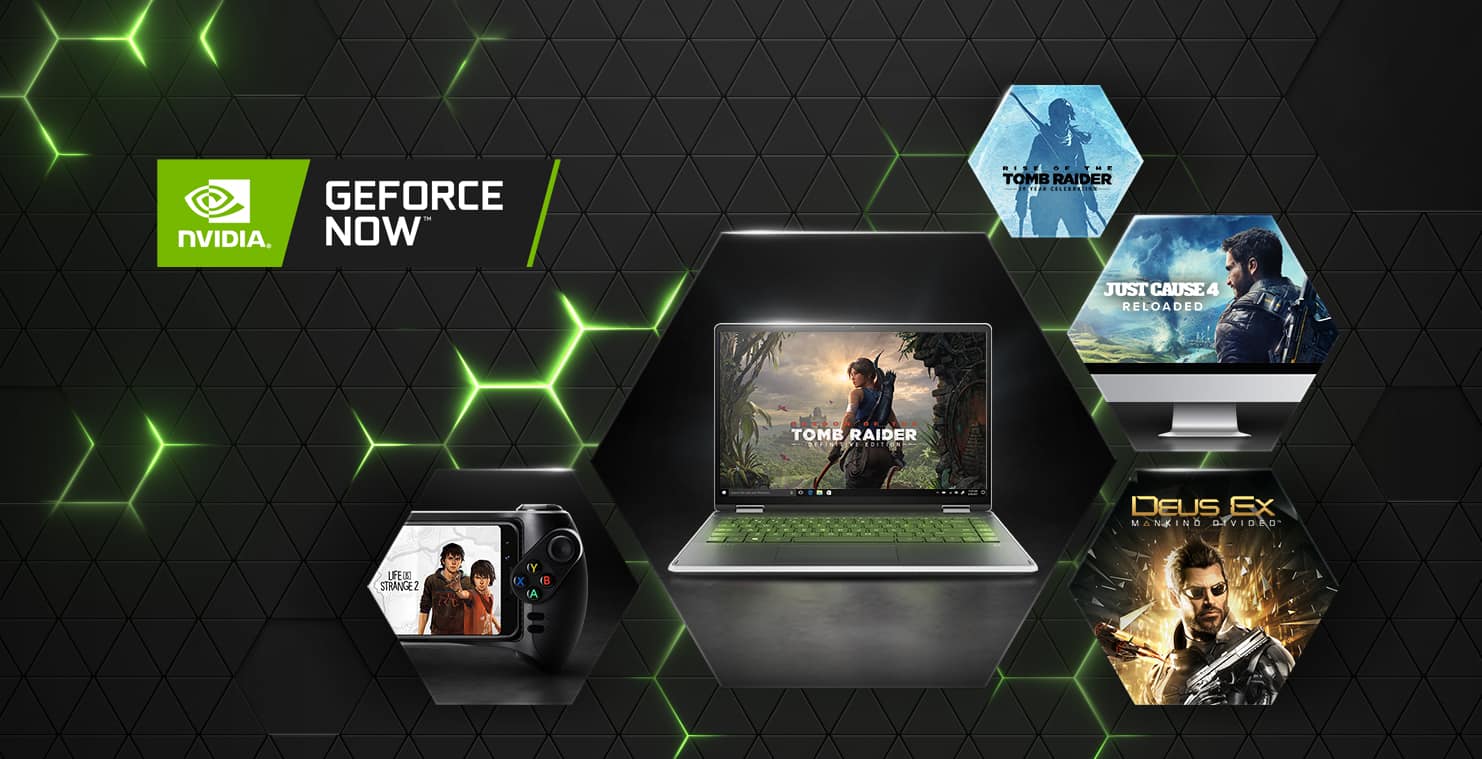 The Deus Ex franchise is coming to GeForce NOW and in fact, it's already here as it was just launched on the service today.

It also arrives alongside a whole crop of other games. 19 in total, excluding the two from the first-person RPG series. The two games on GeForce NOW included in this franchise are Deus Ex: Human Revolution – Director's Cut, and Deus Ex: Mankind Divided.

Which are the two most recent games in the series, featuring Adam Jensen as the protagonist. Outside of Deus Ex, Paladins, SMITE, and Samurai Shodown the Neogeo Collection have joined the game roster of NVIDIA's service.

Today is officially the return of Square Enix to GeForce NOW as an opt-in partner following NVIDIA's implementation of the new policy earlier this year. And as part of that whole initiative, there are 12 other SE games joining the service. This is in addition to the two from the Deus Ex series.

Other Square Enix titles added today include BATALLION 1944, Boundless, Supreme Commander: Forged Alliance, and lastly The Awesome Adventures of Captain Spirit. Some or all of these games were available on GeForce NOW in the past. However they were eventually pulled when Square Enix requested that the games be removed post-launch.

Square Enix is obviously the big focus today. But as mentioned, all or most of the games are simply making a return.

When it comes to games that have never been on GeForce NOW before, there are seven new titles. A few of them we mentioned above, like Paladins, SMITE, and Samurai Shodown The Neogeo Collection. Beyond those, GeForce NOW subscribers also have access to Hardspace: Shipbreaker, which actually just launched on June 16.

There's also Automation – The Car Company Tycoon Game, Power of Seasons, and finally Satisfactory. In addition to all of these games added to the service today, Rocket League, which was already available, now supports NIVIDIA's Highlights feature for automatically capturing key moments during your play sessions.