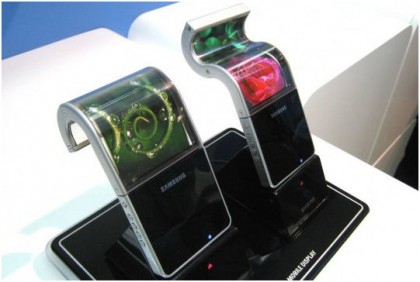 While currently filling a niche market, smartphones with flexible displays haven’t really taken off. Even so, companies like LG and Samsung are still working on devices with this tech. However, the companies seem to be taking different directions in what they want to accomplish with their devices.

LG appears to be working on improving the performance of its AMOLED screens. It will do so by increasing the resolution while also shrinking the panel to 5.5 inches. Other areas up for improvement include solving an issue with “ghosting” images as the display heats up.

Samsung looks to heading towards aesthetics in mind. The Korean giant will be building displays of different shapes and curvatures that may include horizontal, vertical and edge curvatures.

Both companies appear to be taking a page out of each other’s playbooks and focusing on the opposite of what their devices had going for them in 2013. LG had the better designed G Flex, and Samsung had the higher resolution display in the Round. Of course time will tell on if fixing these shortcomings will have any effect on financial performance of each company, this year.

Come comment on this article: Development of the LG G Flex 2 and the Samsung Galaxy Round 2 diverging