Bandai Namco is working on something a little special for Digimon fans: an all-new Nintendo Switch and PlayStation 4 release called Digimon Survive that presents a unique strategy-based take on the Digimon universe.

While details are still quite thin at the moment, we do know that Digimon Survive will be an SRPG that blends together elements of the visual novel genre. A report from Siliconera provides images of promotional materials for the game showing off an early look at the game's world and grid-based battles. 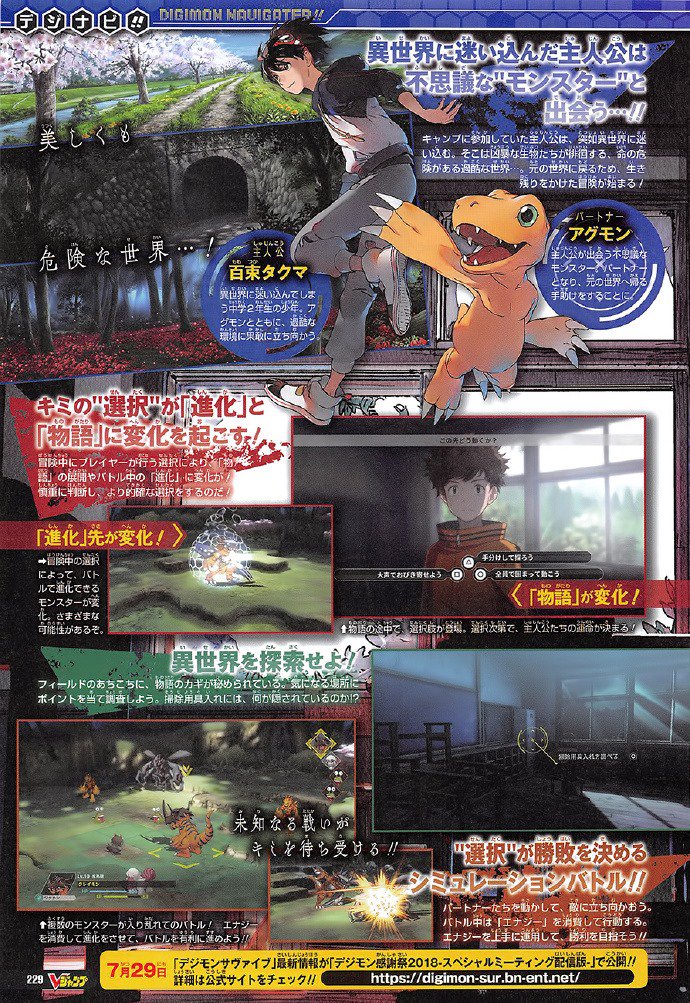 Digimon Survive will have a blend of 2D and 3D visuals — one for the game's cutscenes, and another for gameplay and battles, as far as we can tell — and choices made by the player will reportedly have the potential to affect both the story and creature evolutions.

The tale itself will center around a young student named Takuma Momotsuka and his Digimon companion Agumon as they explore an alternate world and get swept up in both battle and intrigue.

Aside from these details, we really don't know much else about DIgimon Survive. However, we do know that it's slated to launch in Japan sometime in 2019, and that it'll be available on both Nintendo Switch and the PlayStation 4.