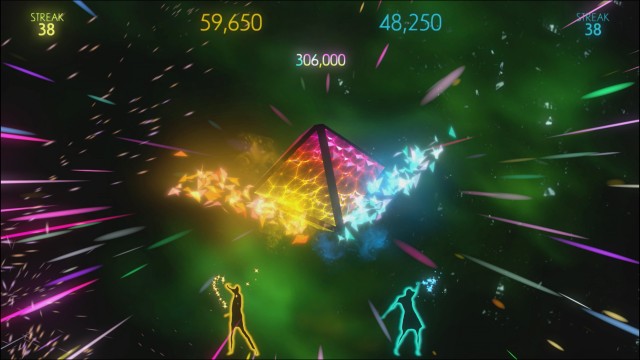 Two players wave their hands around to conduct in Disney Fantasia: Music Evolved.

We've spent years cataloguing the missteps and issues that have plagued the Kinect motion sensor, Microsoft's would-be answer to the Nintendo Wii. Somehow, in spite of its huge list of flaws—flawed voice recognition, noticeable lag, a dearth of good games, and even an underwhelming successor—its creators stubbornly continued to insist that the robotic eyeball accessory was necessary.

That changed once Microsoft needed to lighten the load on its sinking ship of Xbox One sales. The sensor, which used to be included with every Xbox One console, was sent overboard in June, and with it came a much-needed $100 price drop (not to mention a dropped requirement for game makers to support it, freeing up system resources). Even before that change, game makers weren't clamoring to take advantage of Kinect 2.0's pack-in status, but Microsoft's decision was seen as a death knell. At that point, only a few forthcoming Kinect-specific games were left to kick at the ground and mutter, "aw, nuts."

Disney Fantasia: Music Evolved was arguably the biggest of the remaining motion-sensing holdouts. Harmonix's latest game promised a new way to control and experience music, just as the studio's Rock Band and Dance Central had done in the past, and its mix of weird motion gameplay and impressive remix selection got our music-gaming hopes up. Now, at launch, it no longer has to contend with the pressure of proving Kinect 2.0's value—a feat this uneven final product could never accomplish. But this actually works out in this game's favor and takes quite a weight off its shoulders. As a modest success, DF:ME does a fine job helping the add-on bow out gracefully and stylishly.