Disney has launched Disney Infinity: Toy Box for the iPad, a sandbox world creation game that acts as a companion to the recently released Disney Infinity title on gaming consoles, with content on both games enabled for platform transferring. The app includes over 50 free items for world creation, as well as multi-touch optimized controls and special toys that change various attributes in created worlds.

Captain Jack Sparrow in a sports car racing Dash, Sulley climbing mountains to find Cinderella’s Castle – create anything your imagination dreams of… Sync to your console game for complete cross-platform play, and unlock even more props, characters and decorations! 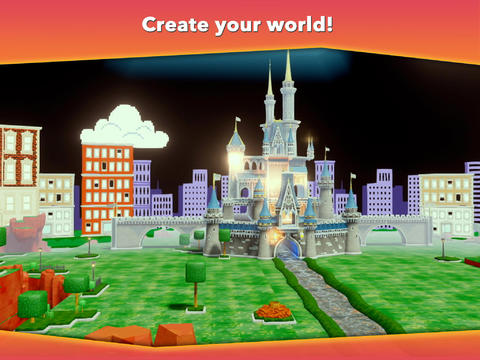 Disney has released numerous titles for iOS devices over the past few weeks, including the free-to-play Where’s My Water? 2, a companion iPad app for “The Little Mermaid: Second Screen Live, and Disney Animated, an app that covers the history of all 53 Disney Films. The company also honored the late Steve Jobs with a Disney Legends Award at the 2013 D23 Expo this past August.

Disney Infinity: Toy Box is a free download for the iPad from now through October 15th. [Direct Link]