If the accidental “reveal” of the next Nexus smartphone during the Android KitKat reveal wasn’t enough for you, either LG or the FCC appears to have come to your rescue by releasing pictures of what appear to be the LG D820 instead of the LG VS980 in a recent application. LG submitted documentation to the FCC for the Verizon edition of the LG VS980, aka the LG G2, to address some last minute changes to the hardware, specifically the antenna. Normally, the images are withheld until a device is released to the public, so it is not clear why the FCC went ahead and published these to their web site. In any case, what got published is not the LG G2, but instead appears to be the new Nexus 5.

At least a couple of the photos show a blurry D820 label and the orientation of the headphone and microUSB jacks are not consistent with the G2. In addition, the camera hardware and location is consistent with what was seen in the KitKat video. Sources also believe some of the bits shown reveal wireless charging and NFC hardware present in the device. 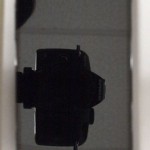 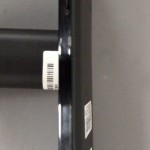 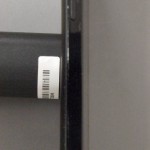 Come comment on this article: Document mix-up exposes images of next Nexus phone under FCC listing for LG G2