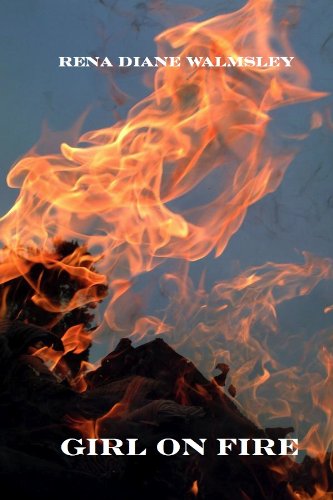 8 Rave Reviews
Kindle Price: 99 cents
Text-to-Speech and Lending: Enabled
Don’t have a Kindle? Get yours here.
Here’s the set-up:

Looking for love in all the right places? Not Alicia Wentworth, the enchantingly frisky teenaged heiress at the heart of Rena Diane Walmsley’s debut memoir-as-novel. Alicia escapes from her privileged, sheltered life at an elite Concord, Massachusetts boarding school and pulls a “visiting room switch” to break in to a nearby state prison so she can rendezvous with Teddy Hawk, an exquisitely chiseled 21-year-old Native American convict for whom she has fallen hard while volunteering in a creative writing class for inmates. But Alicia is left alone and vulnerable when Teddy is hauled off to solitary, and she must reach deep within herself to concoct a gritty and initially degrading scheme to blackmail the prison system into freeing them both.

This deliciously literate debut is framed by Alicia’s present-day perspective as “a respectable thirty-something Unitarian minister” in a suburb west of Boston: while she is cognizant of the scars she wears from her early experiences, she is also engaged by a sense of something sacred therein that informs her daily life years later.

Not all coming-of-age novels are alike, and not every thirty-something narrator is able to cast an unflinching eye on the choices she made and the chances she took at the cusp of adulthood. But Walmsley’s unique novel-as-memoir never blinks, and her stunning sexual description breaks new narrative ground on age-old but ever-engaging terrain. Women and men alike will be enchanted and enriched by their journeys through her ultimately cautionary web of words.

5-Star Amazon Review
“As Alicia Wordsworth, a young girl with an appetite for a sexual experience finds herself falling in love with someone with a very different background the story unfolds bringing you into a world of cultural differences. A young heiress becomes involved with a young man in a local prison. Their lives collide, taking on a course that no one sees coming. The author has a flare for enticing you to turn each page and leaves you wanting more; I look forward to her next book.”