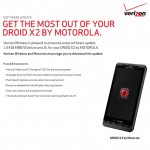 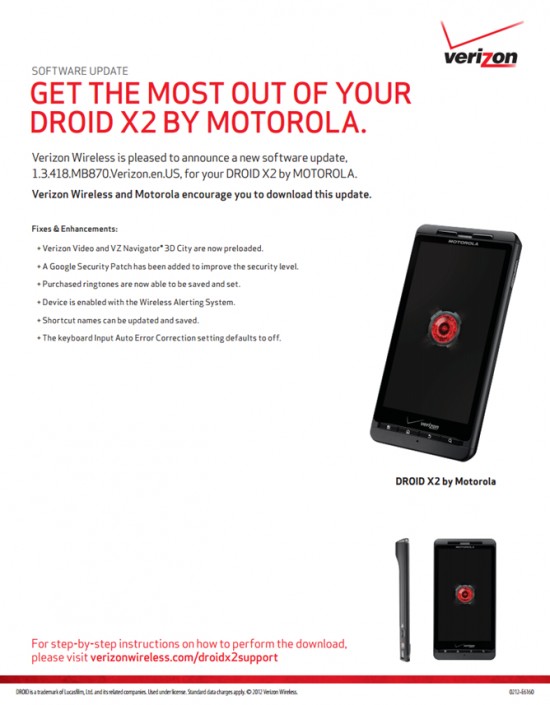 Motorola Droid X2 users should be expecting a 35MB over-the-air update hitting their device in the coming days. Software version 1.3.418.MB870 is being pushed out and will bring the usual set of bug fixes, a little added bloatware and some kind of “Google security patch.”

If you’ve been holding out, waiting for Android 4.0, it’s been all but confirmed that the device will most likely not be seeing an upgrade to Ice Cream Sandwich in it’s lifetime (officially, anyway). Which is awfully strange seeing how a device with dual-cores was just about made for the new multi-threading improvements found in ICS. Who knows, maybe Motorola still has something up their sleeves for the ‘ol Droid X2 down the line.