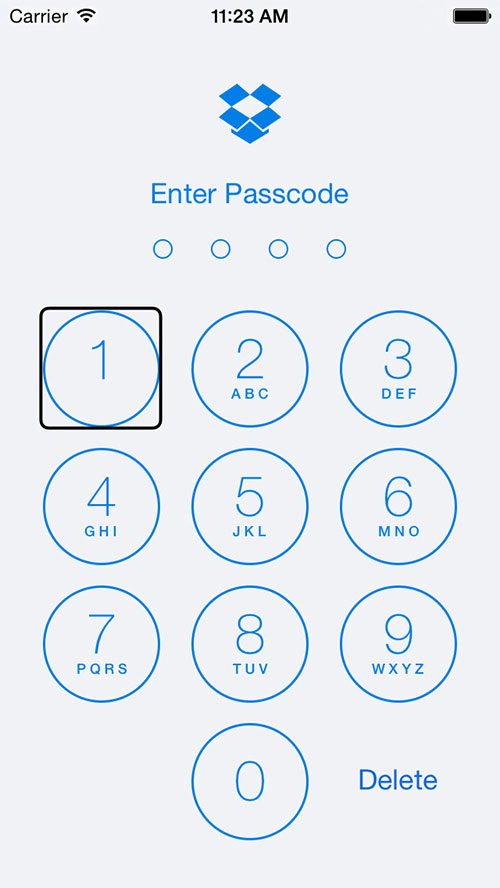 The latest update for Dropboxs iOS app is focusing on making the service easier to use for people who rely on accessibility technology.

In a blog post, Dropbox said the app was evaluated from the ground up assessing ease of use.

Our welcome tutorial now more clearly identifies its contents to help you sign-in. VoiceOver will announce the sign-in button, and when activated, display the sign-in screen.

Our thumbnails on the Photos tab are more descriptive than before and now properly announce the title of the photo.

Weve made it possible for you to easily enable or disable your passcode lock, and the passcode field and digits can be selected more easily when entering your passcode.

We added a new button to close out of the More Actions menu using VoiceOver, so you can get back to what you were doing in Dropbox right away.

Dropbox is also looking for users to provide feedback on its VoiceOver support in beta versions of the app. You can sign up by emailing the company here.

Thats really a commendable move by Dropbox to make sure that the app is accessible to all users. Hopefully other popular developers will follow suit and improve their accessibility as well.

A universal app designed for the iPhone/iPod touch and iPad/iPad mini, Dropbox can be downloaded now on the App Store for free. The update hasnt arrived yet, but should land soon.

Earlier this month, Dropbox announced a wide-ranging partnership with Microsoft. Users can now edit Office files directly from the Dropbox app. Office users can also access their Dropbox files from the popular productivity app, which just made some major changes on iOS.

For other recent app news and reviews, see: There’s more to these shapes than what meets the eye in Zengrams, a challenging puzzle game, Wildcard is a refreshing new way to browse the mobile Web, and Team17′s Worms iOS games on anniversary sale for $0.99 each on the App Store.

Dropbox update focuses on accessibility improvements is a story by AppAdvice.com
AppAdvice - iPhone, iPad, iPod, App Reviews + News
Get the latest tips & apps for your Smartphone