Earlier Rumored Nexus Prime Specs Were Wrong, These Rumored Specs Are Right (And Better) [Wait Until Next Week!] 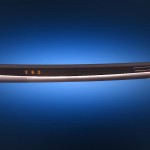 Bum bum buuuuummmmm. The universal sound for a dramatic twist or turn in a story. “The story,” you ask? Well I’m talking about rumors earlier today suggesting the Nexus Prime would have a set of spec to die for. Highlights were a 1GHz dual-core TI OMAP4 processor, 1GB of RAM, 32GB of internal storage and more. Here’s the full list of alleged specs:

Great, except there’s one little problem. Alongside suggestions that those specs were wrong, GSMArena hears it from their own anonymous trusted inside source who is familiar to the matter that those specs are “completely and utterly wrong.” With that, they provided their own list of the specs they’ve heard this thing will boast.

Common for both set of specs is the 4.6 inch display with its 720p HD resolution. Moral of this story – wait until next week. Samsung’s going to be taking the wraps off of this thing on October 11th – just 5 days from now – so there’s really no use in getting up in arms about these specs.

Speculation is fun, but as with any rumor none of it is right or wrong until a press release is issued and the device is able to be touched by anyone whose name isn’t “Anonymous Source” or “Source ‘Familiar With’ the Matter.” Let’s move along now. [GSMArena]