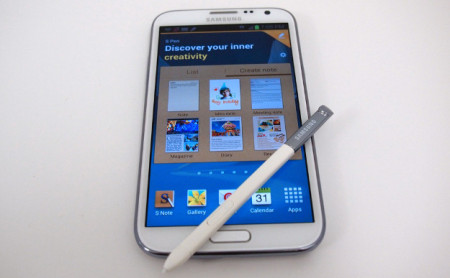 This past summer, rumors from web site ET News indicated Samsung was planning to produce and release several versions of the Samsung Galaxy Note 3 at the same time in a bit of a twist to their marketing strategy. As we know, just the single, high-end Galaxy Note 3 was announced by Samsung earlier this month with only the normal differences of processors and SIM card slots varying due to the requirements of different markets. If you are wondering what happened to the “entry level” version of the Galaxy Note 3, it appears it is still in the works with the release date shifted to later in the year.

According to sources, Samsung eventually decided the release of a low-end Galaxy Note 3 brought along too high a risk that the “premier” status of the device might be tarnished. Rather than burden their flagship in that manner, Samsung is just pushing back the release date of the plastic-bodied, LCD screen, 8MP camera version of the device until sometime in November. The hardware changes will allegedly save Samsung 20-30% in costs which will enable them to market the device at a lower price point.

Samsung has not yet confirmed any of this plan to produce a low end Galaxy Note 3. Even if they do and manage to get it out to market before the end of the year, it will probably be confined to emerging markets where the normal Galaxy Note 3 is out of reach cost-wise.

Come comment on this article: Entry level Samsung Galaxy Note 3 could still be in the works